An expected easy game for West Ham is ahead of us on the 9th of December but can Dinamo Zagreb salvage anything from here?

West Ham is one of the favorites to win the entire competition. In the first game between the two, we saw complete domination for West Ham as they won the game in Croatia with a 2:0 result that could’ve easily been greater. Dinamo Zagreb needs a win or possibly a draw so chances are they will go with the idea to get a draw and not rely too much on attack.

The first game resulted in a 2:0 victory for West Ham but we predict this one will be a greater victory than the one before. West Ham is one of the highest goal-scoring teams in the league with 11 goals scored so far. They also have the best defense in the league with only 2 goals allowed in 5 games. Chances are West Ham will be looking for a big victory to put the cherry on top of their group performance so far.

As mentioned above, the first game resulted in a 2:0 victory for West Ham. Dinamo Zagreb had very few goal chances and those chances are going to be fewer in England. West Ham has the best defense in the league and they will not start allowing goals just now. West Ham had 4 clean sheets in Europa League so far. Dinamo Zagreb didn’t have even one.

David Moyes knows exactly how important it is for his boys to not underestimate this game and the fact that they are already in the next stage of the tournament. At London Stadium we will have a very focused West Ham side that isn’t going to underestimate the game or the opponent. Should Dinamo Zagreb perform the way they did in the first game this would be an easy win for the home team.

Here are the most important head-to-head statistics and odds for the West Ham vs Dinamo Zagreb match: 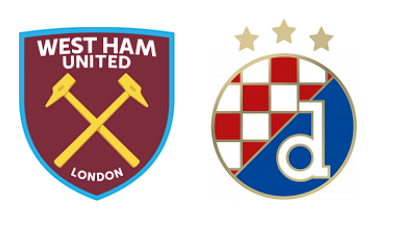