West Ham have started the new Premier League season in style and head into their home game against struggling Crystal Palace as the red-hot favourites to win. Patrick Vieira's side haven't scored a single goal in their opening three league and cup games and look set for a possible relegation battle this season.

West Ham beat Crystal Palace 3-2 when the sides last locked horns back in January and the Hammers have won their opening two league games of the new season against Newcastle and Leicester. Crystal Palace have lost two and drawn one of their first three league and cup games and are yet to score a single goal under Patrick Vieira.

With no goals in their last three competitive games, Crystal Palace are struggling during the early days of Patrick Vieira's tenure and could find it tough to break down a confident West Ham defence this weekend. The Hammers have kept three clean sheets in their last six matches and have scored in all of those games.

Michail Antonia has started the new season in top form, scoring three goals in two league games for the Hammers. Antonio leads the line so well for David Moyes' side and works really hard for the team. The Jamaican striker scored twice in this last game against Leicester making him West ham's top Premier goalscorer of all-time ahead of Paulo Di Canio.

West Ham followed up their 4-2 win over Newcastle by scoring another four goals at home to Leicester. The Foxes had a man sent-off in the first half which aided West Ham's result but the hosts looked excellent going forward once against and really punished the ten-men of Leicester. Reid and Masuaku could make the squad for this weekend's game but aren't likely to be used from the bench.

Crystal Palace will be without the injured Olise, Eze, Milivojevic and Ferguson for the short trip to West Ham and how Vieira could do with getting Eze and Milivojevic back into his starting eleven. The Eagles look poor going forward right now and many are already predicting a relegation battle for Crystal Palace this season. It's hard to see how Vieira's side can upset the odds on Saturday against a West Ham side that are really flying right now. 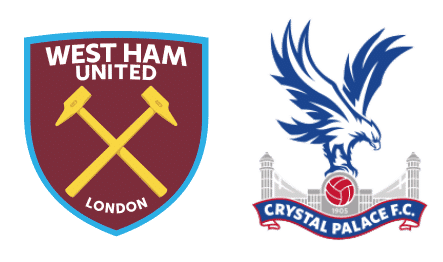