There was something of an overreaction after West Ham United fell to Tottenham Hotspur in their penultimate fixture before the international break.

The Slaven Bilić questioning which had been part of their early season gloom returned after that London derby — their first home defeat of the season — but it may have been unwarranted.

The defeat against local rivals could have been one reason for the extra criticism, and the manner of the home side's play wasn't the most convincing, but at the end of the day Spurs are a better team than West Ham and they would be expected to walk away from their crosstown opponents’ new home with all three points in the bag.

That game remains West Ham’s only loss at home this season, as they defeated Swansea City at the London Stadium this weekend.

One cause for concern may be the manner in which they go about their business on home soil, failing to assert their own authority on games, and instead relying on fleeting moments to get the through. But at this stage of the season points on the board count for a lot, especially given the club’s disrupted start due to an athletics event preventing home games in the opening weeks.

One area where the club and its fans can take some encouragement is the full-back positions. There was once a case to say that left-back Aaron Cresswell was one of the underrated English full-backs, just as Spurs’ Kieran Trippier has been on the right, but the Hammers’ left sided player has seen his performances drift in recent times.

However, the club do have a good dynamic and balance in the position, which is offered by Cresswell and Arthur Masuaku on one side, and Pablo Zabaleta on the other. The experienced right-back has brought more to the club than just a solid presence down his flank, and is a captain in all but name, leading by example in all that he does.

On the other side of the pitch the defensive contributions of both players may be criticised, but they created the best chances for their side in the game against Swansea. A Cresswell cross provided an opportunity for Michael Antonio, which was one of two key passes the Englishman made during the game.

Bilić’s late changes were booed by the home fans, especially his decision to take off Javier Hernández, but Masuaku, who replaced Diafra Sakho to score the winner. The manager’s changes, while not popular, were justified.

The French left-footer provided an injection of pace as well as good passing and crossing down the wing, completing 100 per cent of his passes and creating two chances in just 12 minutes on the pitch. He’d also picked up an assist in the defeat against Spurs in a 16-minute cameo.

The type of crosses he and Cresswell produce, shown below, are ideal for the likes of Carroll and Sakho, while Hernández can lurk for scraps and rebounds. The left-back completed three of 11 attempted crosses, but even an incomplete cross can be dangerous, while both of Masuaku’s found a target. 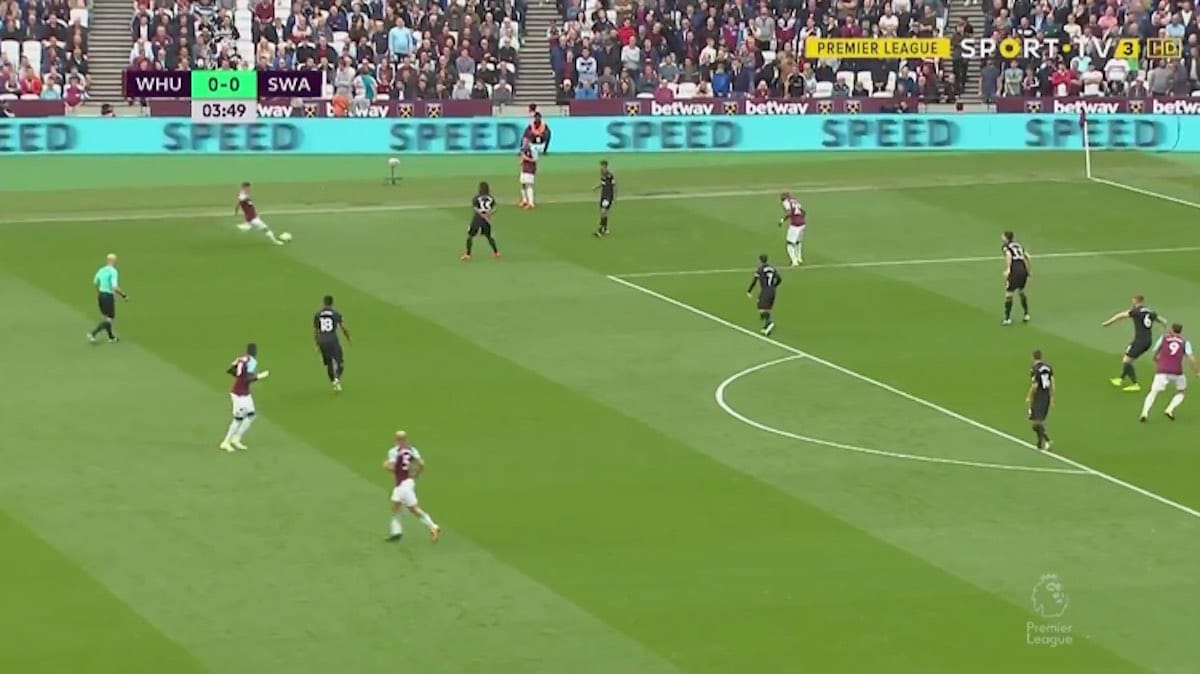 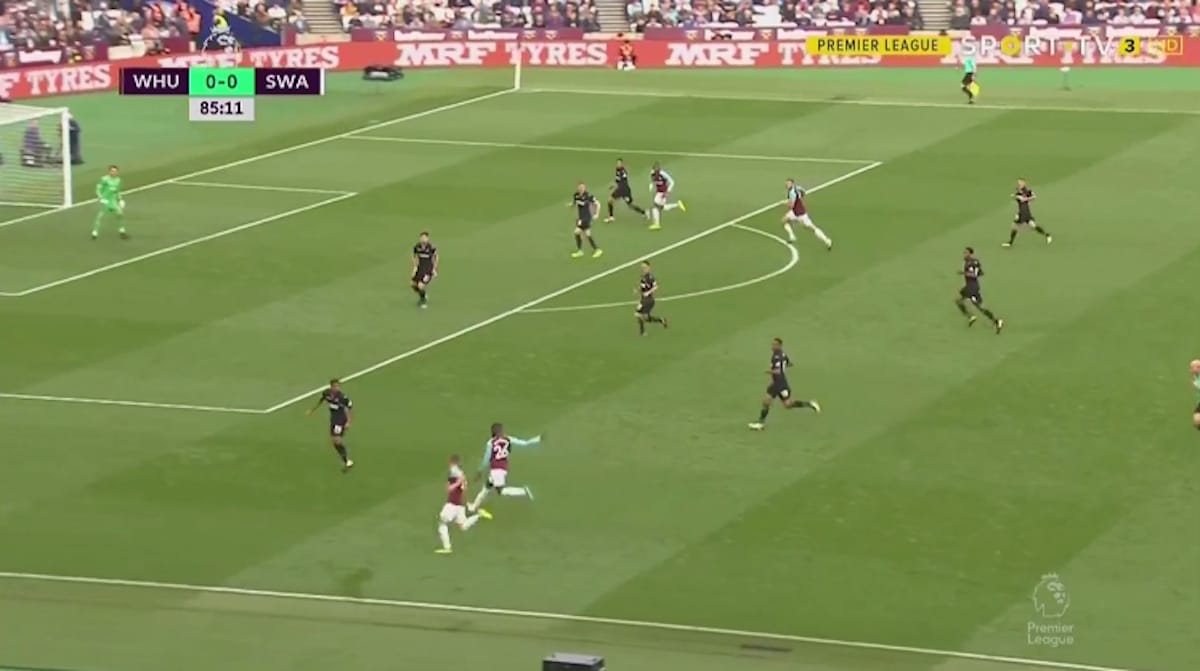 On the other side of the pitch, West Ham’s best defender resides. Zabaleta will also get involved in the attack, producing the odd cross of his own, but his strength lies in solid defensive nous, work rate, and good positioning.

He completed six tackles in the Swansea game, far more than any other player on the pitch, while also intercepting the ball twice, winning two aerial duels, and blocking one shot.

The attacking balance is shown in the graphic below, from , which also goes some way to explaining Cresswell’s high amount of attempted crosses. 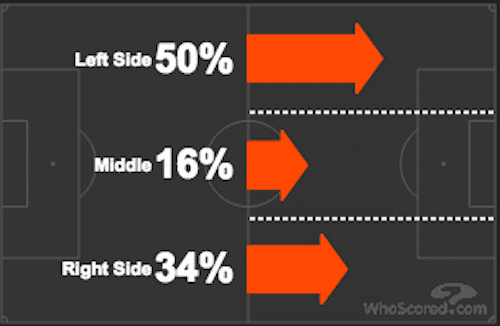 With Carroll on the pitch it will be tempting, and probably wise, for a full-back to swing the ball in at the earliest opportunity once they’re in a good position on the flank, and again hope that even if Carroll can’t quite get to it Hernández or Ayew can pick up the pieces.

Though Swansea dominated possession in this game, with 57 per cent, the majority of the highlights which made it to Match of the Day will have been from players in claret and blue.

While it may not have felt like a highlight-ridden game for Hammers fans, they still managed to pick up three points late on when many of them had already left the stadium.

If Bilić wanted to take this full back balance to the next level, he could do so by replacing Cresswell with the even more attacking Masuaku.

But while the Englishman has had his critics of late, he could be a big part of a West Ham revival under Bilić, should it happen.

Using Masuaku in front of him may be a good option, but they have no worries about the right side with Zabaleta.

Even if the Frenchman can’t get in the starting eleven, next time he’s brought off the bench, there might be fewer boos, and more people hanging around in the hope of a late goal.