Pressure is starting to build on winless West Brom. Can they ease some of that negativity with a win here? Find out with our West Bromwich Albion vs Hull City match preview with free tips, predictions and odds mentioned along the way.

West Brom's form has flipped very quickly with early season draws that were seen as positives quickly flipping into negatives as the spin becomes ‘just one win' rather than ‘just one loss'. In reality though, you can dress up the Baggies form how you want but whilst wins have been few and far between, West Brom aren't losing much either. Hull City have been really good though with no league defeats to this point – they have, however, drawn two of their last three. Given West Bromich Albion have won the last five head to heads, it's hard to imagine Hull taking maximum points.

Is Steve Bruce under pressure? He could be if the Baggies lose here

Football moves very quickly in the Championship; at the back end of last season, Hull weren't entirely safe from the drop and now they're second. West Brom meanwhile had made a steady start with good points taken off decent opposition; one drab home draw though has switched those previous draws into poor results with the club now winless from four league games.

West Brom hold massive ambitions for this season but, after four league games, things are not remotely going to plan. The Baggies have faced a tough set of opening fixtures but their most recent match saw them held at home by Cardiff; that has seen some fans begin to turn on Steve Bruce. Will he be given time to get his team motoring?

Hull City have started this season like a house on fire sitting second in the league. That's a remarkable start when you consider how ropey they looked last season. Whilst there were doubters a few weeks ago, it now looks like the Tigers could have a big say in how their former gaffer, Bruce, is received by his own fans come 90 minutes.

A quickfire FAQ on West Bromwich Albion vs Hull City 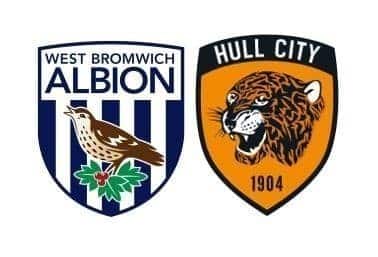