West Brom suffered their first defeat of the season last time out as they lost to Blackburn Rovers. Will they bounce back here with their first league win? Find out with our West Bromwich Albion vs Cardiff City match preview with free tips, predictions and odds mentioned along the way.

The Baggies might have lost their last game but we fancy them to see off Cardiff here – particularly as they hold home advantage. Steve Bruce’s men are unbeaten in six at the Hawthorns with four wins and two draws. On top of that, they hold a decent head to head record against the Bluebirds with the last four meetings between the sides at West Bromwich Albion’s home ground seeing Cardiff go winless; their last win on that patch was way back in 2009! You can point to Cardiff’s form a little bit too; although they beat Birmingham, they’d lost back to back games before that so aren’t exactly motoring!

Our next tip for this match is that we will see goals at both ends of the field. West Brom have scored six goals across their last five games having netted in each of those five. Cardiff meanwhile have scored in four of their past five matches racking up a total of seven goals. Combine that with a head to head record that has seen both teams register goals in four of the last five meetings between the pair and it’s a decent value bet.

West Brom and Cardiff have endured different starts to the season but despite the Bluebirds seemingly in a better place it’s worth noting that West Brom have faced a tough fixture list to this point. Will the two be closer in the table after this match?

West Brom might be stuck on two points right now but their performances have been decent enough – in the most part. That said, with ambitions of promotion, they’ll want to start racking up points. A home game against Cardiff is really a match they should be winning.

Cardiff have lost two of their last three games but that doesn’t tell the whole story of their start to the season; they’ve been decent and sit inside the top six having taken six points from their first nine. Any form of result here would be seen as another step in the right direction – especially after how poor they were last year.

A quickfire FAQ on West Bromwich Albion vs Cardiff City 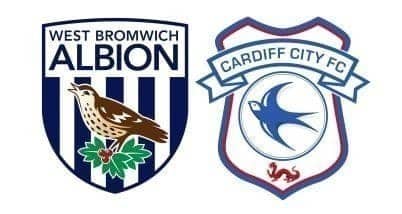