West Brom really must win at home to Wolves on Monday night if they want to keep their ever-fading hopes of Premier League survival alive. Wolves arrive on the back of a dismal display against Burnley in which their players looked like they were already on their holidays and now they face another team with plenty of motivation for the points.

Read on for our full match preview and prediction for West Brom vs Wolves in the Premier League.

The Baggies need a win far more than their guests and with two wins and a draw from their last four league games, we're backing West Brom to at least come away with a point on Monday. Wolves have dropped points in four of their last six matches and have already surpassed the magic 40pts mark for the season. West Brom have won each of their last three games against Wolves and will be determined to make it four wins on the run.

West Brom have scored at least two goals in each of their last three games against Wolves. The Baggies have found their scoring touch in recent weeks, netting 2-goals against Aston Villa, 3-goals against Southampton and 5-goals against Chelsea. Wolves have conceded 10-goals in their last five matches, conceding an average of 2-goals per game.

Matheus Pereira has been one of West Brom's shining lights in an otehrise dull season, scoring 9-goals in the Premier League. The Brazilina midfielder is in good form right now, netting 4-goals in his last four appearances for the Baggies. Pereira also scored two of West Brom's goals against Wolves back in January, both of which arrived in the form of penalties.

All the stats you need for West Brom vs Wolves

The Baggies are in last chance saloon and must beat Wolves

West Brom know that they must pull out a winning performance this weekend or kiss their Premier League survival chances goodbye. The good news for the Baggies is that they have enjoyed playing against Wolves of late, winning each of the pair's last three encounters. West Brom will have been so disheartened to have conceded an equaliser so late on against Aston Villa, as a win in that match had looked secured and dropping 2pts makes a huge difference at this stage of the campaign. Snodgrass and Ivanovic could both miss Monday's match through injury.

Wolves will be without the services of Jonny, Neto, Marcal and Jimenez for the short trip to West Brom, but Moutinho could return from an ankle injury in time to play. Wolves simply must put in a much-improved performance from the one that saw them thrashed 4-0 in their own backyard by Burnley last time out, or West Brom will do a similar number on them. Obviously, with little to play for and a number of injuries to key players, Wolves are bound to be less motivated for the win, especially not having the crowd in the stadium to cheer them on.

Q&A for West Brom vs Wolves 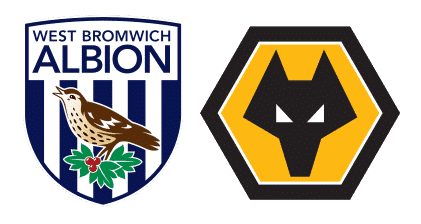