West Brom threw away a half time lead on Wednesday evening and, as a result, have dropped out of the top two. Will they bounce back here with a win? Find out with our West Brom vs Bristol City match preview with free tips, predictions and odds mentioned along the way.

Baggies to get back to winning ways

The first of our three betting predictions for this match is to back the Baggies to run out winners. Yes, they lost on Wednesday for their second defeat in three matches but there is no denying they're one of the best teams in the league. Besides, they've still won three of their last five. Bristol City meanwhile have won just one of their last five and have lost two games on the spin heading into this game. They've lost the last two head to head meetings as well so they're definitely the underdog.

Next up in our predictions for West Brom vs Bristol City is the total goals market and we're tipping for over 2.5 goals. Bristol City's last five matches have only surpassed that point twice but West Brom have gone over 2.5 goals in three of their last five games. The real clinching stat though comes from the head to head results; the last four meetings have all seen at least three goals with a total of 19 having been shared in those four meetings. That's an average of 4.8 goals per game.

We've already touched on the fact that West Brom have lost a couple of games of late but 23-year-old attacker Karlan Grant is a man bang in form. He has five goals in his last five games including having netted in Wednesday's night loss where he netted inside 60 seconds. That is a run of form that rightly has him sky high in confidence terms and, at the moment, any chance that comes his way looks like getting stuck away. Given Bristol City have allowed 37 shots on goal across their last two there is every possibility Grant gets a chance.

Find the best odds for West Brom vs Bristol City

West Brom will be there or there about come the season end. Right now though two defeats in three is not form they'll enjoy. They can offer up a couple of reasons that don't help with both coming from the treatment table; Grady Diangana and Alex Mowatt have both been out with knocks but could be in contention for this match. Bristol City, who sit at the other end of the table, are sweating on the fitness of Joe Williams and Andy King. 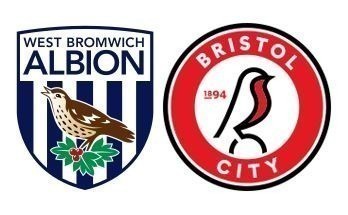