West Brom's season might be done and dusted now but Bournemouth are still aiming for promotion and, with a slice of luck, could snatch the title. Can they edge closer to both with a win here? Find out with our West Brom vs Bournemouth match preview with free tips, predictions and odds mentioned along the way.

West Brom's form just hasn't been anywhere near consistent enough to maintain a push for the top six and we see them losing here too. The Baggies have been poor at home lately with just three wins in 10 and with their playoff hopes effectively killed off by rivals Birmingham at the weekend, the atmosphere at the Hawthorns will likely be very flat. Combine that with the fact Bournemouth have lost just two of their last 10 matches and things don't look great for the hosts.

Neither of these sides have been serving up total entertainment of late and that's a huge part of why we're opting for under 2.5 goals here. Both West Brom and Bournemouth have seen three of their last five matches go under the 2.5 mark and the last two meetings between the sides at the Hawthorns have ended in the same way. In fact, look at their total goals form across the season and that too lends itself to a low scoring tip; West Brom have averaged just 2.0 goals per game in home matches with Bournemouth averaging just 2.1 in their away games.

West Brom vs Bournemouth: Let's look at the predicted lineups

This game could be a real slap in the face to the West Brom. They've just had their promotion dreams – albeit they were slim anyway – ended by a rival and now Bournemouth arrive to try and strengthen their grip on an automatic promotion spot.

West Brom looked really good at the start of this season with many backing them to go back to the Premier League with relative ease. That didn't work. Nor did the change of manager that saw Steve Bruce arrive. How he ends this season might determine if he's still in the dugout come August.

Bournemouth haven't blown the league apart this year with plenty of poor results along the way but they still look an absolute banker for promotion given the number of games they've played. This is one of those games in hand. Can the Cherries convert it to three points?

A quickfire FAQ on West Brom vs Bournemouth 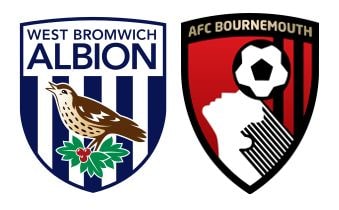