Werder Bremen will be one of the favourites to claim the 2. Bundesliga title this season and they kick-off their campaign at home against Hannover 96. The visitors finished a little too close to the relegation places for comfort last season and will be hoping to challenge for a top-half finish at the very least this time around.

Our Three Predictions for Werder Bremen vs Hannover

Werder Bremen dropped into the second tier after finishing second from bottom of the Bundesliga but will be one of the favourites to win the title this season. The hosts have won each of their last four competitive and non-competitive matches against Hannover, most recently securing a 3-0 win against them in the last season's DFB Pokal. Hannover finished in the bottom six last season after simply losing too many matches and they face a tough task on Saturday.

We've predicted a 3-1 win for the hosts this weekend as we feel they have too much quality for Hannover to handle. Werder Bremen have secured a 3-0 and a 3-1 win over Hannover in 2020 and with the home side only keeping one clean sheet in their last four fixtures and Hannover only failing to score in one of their last five games, a 3-1 final scoreline looks like a good bet.

Werder Bremen haven't reinvested the money they earned from Rashica's £9.9m move to Norwich and they released a couple of experienced defenders in the form of Moisander and Selassie ahead of the start of the new season. Park arrives from Ulsan for a small fee and the same goes for Union berlin's Rapp, while Jung is a free transfer and Mai arrives on-loan from Bayern. With the hosts keeping the majority of the squad that played in the Bundesliga last season, it is easy to see why they are expected to bounce back at the first attempt.

Hannover didn't impress in the 2. Bundesliga last season and really need to push for a top-half finish this time around. Kerk arrives from Osnabruck for a small fee and Ernst, Stolze and Dehm have come in on free transfers. Elez, Haragucki, Hubers and Esser have left the club, arguably making Hannover weaker than they were last season. 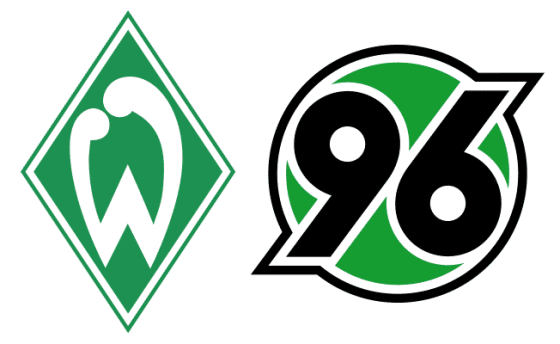