Érik Lamela arrived at Tottenham Hotspur in the summer of 2013 at a time of optimism, becoming the club's record signing. But the Argentine's stay at White Hart Lane has become shrouded in mystery and looks set to end in controversy.

The 25-year-old made a fine start to the season and had been thriving in Mauricio Pochettino's high-pressing 4-2-3-1 system in one of the three berths behind Harry Kane.

He scored in the opening-day draw at Everton and was also on target as Spurs crushed League One Gillingham in the EFL Cup in mid-September. Assists in Champions League games against CSKA Moscow and Monaco underlined an encouraging start to the new season.

But Lamela has not been seen since coming off the bench for the final half-hour of Spurs' EFL Cup defeat to Liverpool in October. Pochettino has been coy about his player's absence and the vacuum of information has only increased speculation about his status.

Reports are now emerging that Lamela's season could be over already with a move way from White Hart Lane potentially on the cards – a sorry end to Spurs career which promised so much. 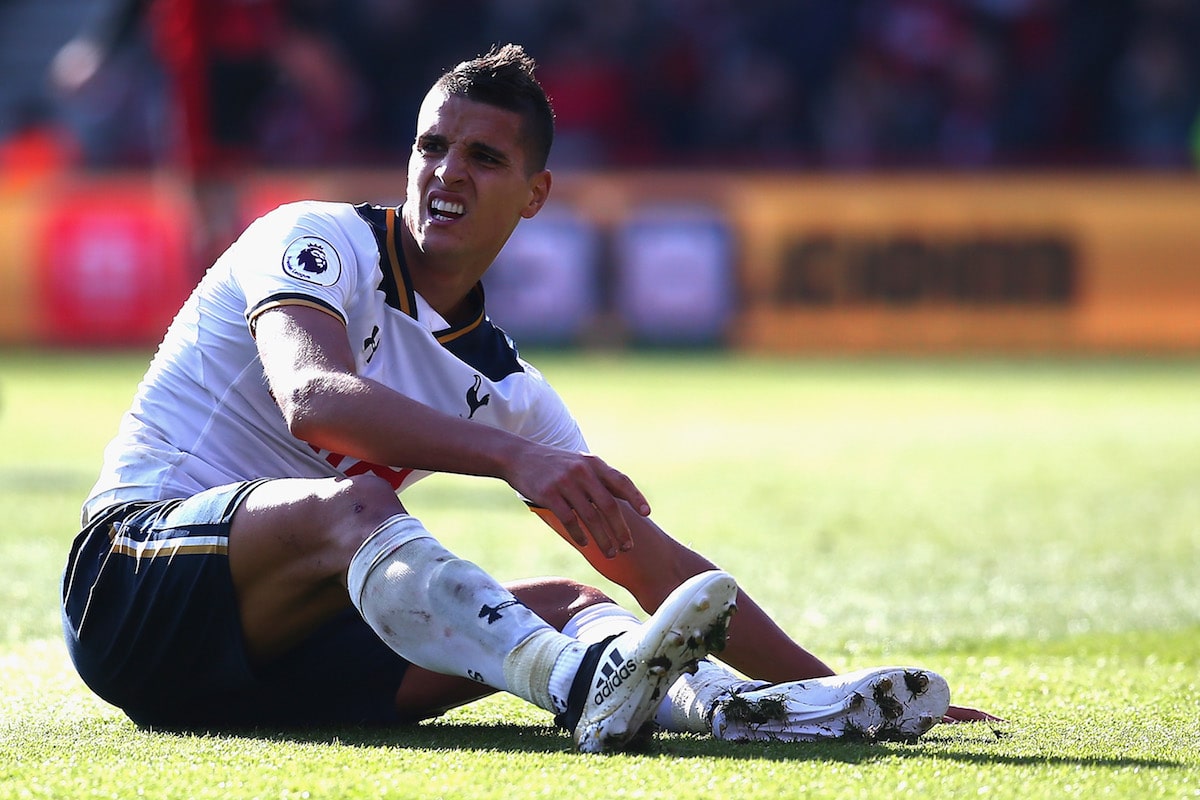 Rewind two seasons and most would have foreseen Lamela's Spurs career ending this way. The former Roma wideman struggled to adapt to the Premier League when he first arrived from Serie A, burdened by the weight of a club-record fee and with expectation raised following the reinvestment of the money raised from selling Gareth Bale to Real Madrid.

After a distinctly underwhelming first term at the Lane, in which he made just three league starts and failed to score, Lamela found his feet during the 2014/15 campaign and established himself as part of Pochettino's plans. He built on that last season, notching 11 times in all competitions and starting 37 games.

Initially the problem was not too serious. Pochettino's assistant, Jesús Pérez, confirmed as much, saying: “It’s a small problem in Lamela’s hip with a tiny muscle, and the situation didn’t get fixed. It has taken him so long to get back from a simple injury.”

So far so reasonable. Even the next stage of the mystery didn't seem too untoward with Lamela given permission to return to former club Roma to undergo treatment on an issue which, in the words of Pochettino, was only meant to keep him out of action for a matter of weeks.

Weeks turned into months. Lamela was whisked home to Argentina in December when his brother, Brian, was hospitalised.

Speaking at the time, Pochettino said: “He has a problem with his family in Argentina and travelled there last night.”

“We want to send our big support to him and his family. It is a problem with his brother. We hope it is not too serious but it’s an issue that meant he needed to go to Argentina.”

Addressing the situation in January, Pochettino admitted for the first time that the Florida-born attacker's recovery had not gone to plan.

“First of all, the injury was nothing,” said the former Southampton boss. “Then, it was a little bit and then, it was that minor problem still, still, still, every day. Then, he had the problem with his brother. He went to Argentina. Stop. Then he came back, and that affected a little bit his mind and now he was recovering very slowly. And it’s for that, he is very anxious.”

However, things went from mysterious to downright strange when, towards the end of January, reports emerged suggesting Lamela was having trouble getting over the death of his dog, Simba.

While Lamela's problems have been ongoing Spurs have evolved. Pochettino still utilises the 4-2-3-1 he has favoured throughout his time in north London but the Argentine coach has also successfully implemented a 3-4-2-1 system with wing-backs.

With Kyle Walker and Danny Rose providing the width there is little use for Lamela in Spurs' current formation. It is hard to imagine him putting in the defensive shift required to help out the back three. He is, therefore, less of a miss than he might have been at the beginning of the season.

All of which begs the question: what next?

A return to previous club Roma has been mooted and he clearly still gets on well with the key personnel at the club given he has been working there while recovering from surgery.

The Giallorossi even play the same 4-2-3-1 system Lamela has thrived in during his time in England. However, wingers Mo Salah and Diego Perotti have been in flying form, scoring 10 and seven goals respectively this season.

If Lamela is to make a return to the Stadio Olimpico it will either be as a squad player or a replacement for one of their current wide players if they leave. 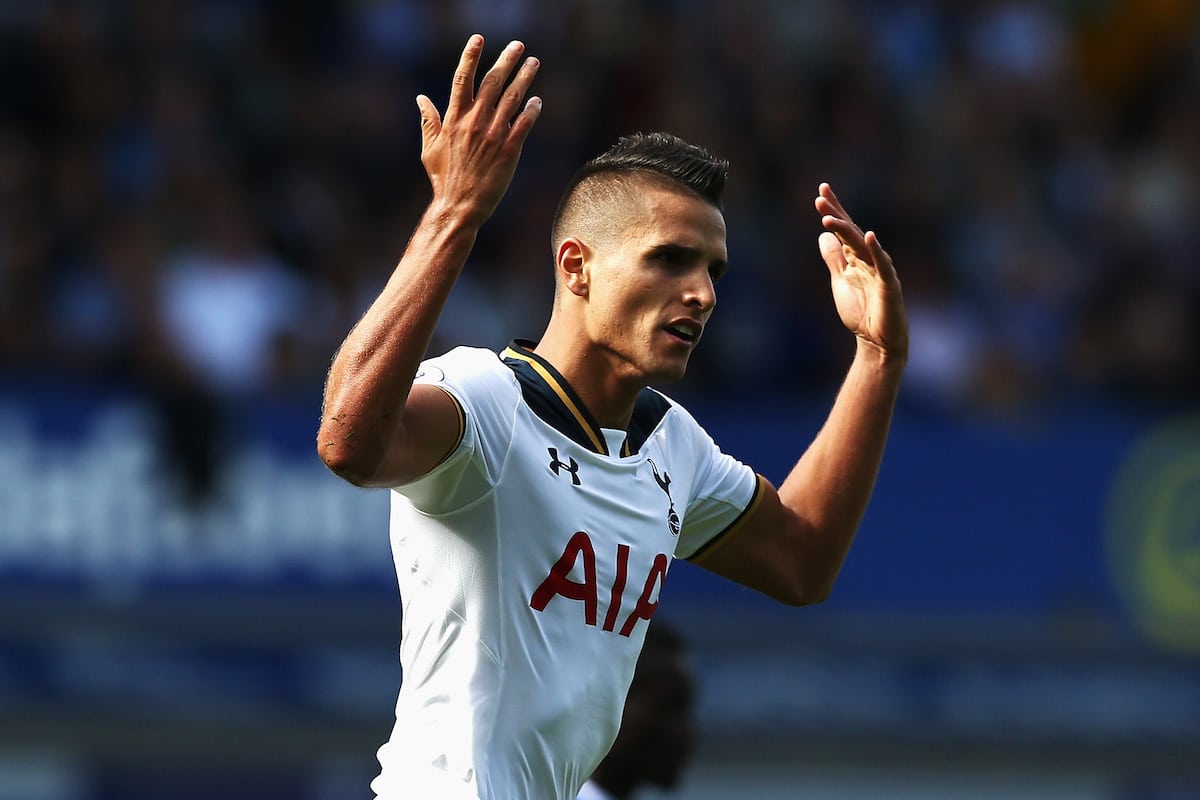 READ MORE: WHAT WOULD SUSO BRING TO TOTTENHAM HOTSPUR

Another possible destination in Italy is Internazionale. The Nerazzurri are also proponents of 4-2-3-1 with Ivan Perišić and Antonio Candreva currently in possession of the two winger's spots.

However, Croatian attacker Perišić is a Manchester United transfer target and if he leaves the San Siro, a slot on the left-hand side of Inter's attacking triumvirate could open up.

The only thing that is known at this stage is Lamela's future remains uncertain. Whether or not he will be ready to join another club this summer is far from certain.

Pochettino stated from the outset that he would feature again this season but with every passing week that milestone looks increasingly unlikely and so, as a result, does remaining at White Hart Lane.