The win wasn’t very Arsenal but it was a win nevertheless.

The performance also wasn’t very Arsenal, although does anyone really know what a typical Gunners performance is these days?

Of all the teams at the top end of the Premier League table, this current incarnation of Arsene Wenger’s side are the most difficult to pin down in terms of playing style and philosophy.

In some situations the ability to change and adapt deserves praise. But in the FA Cup semi-final against Manchester City, where the Gunners set out to spoil the other team’s play and take their chances on the break, it never seemed wholly convincing.

The back three used by Wenger in the last two games is designed to shore things up.

Yet the amount of opportunities conceded to City at Wembley, and the nature of the chances, the two victories since the formation change might be as much down to luck as the system. 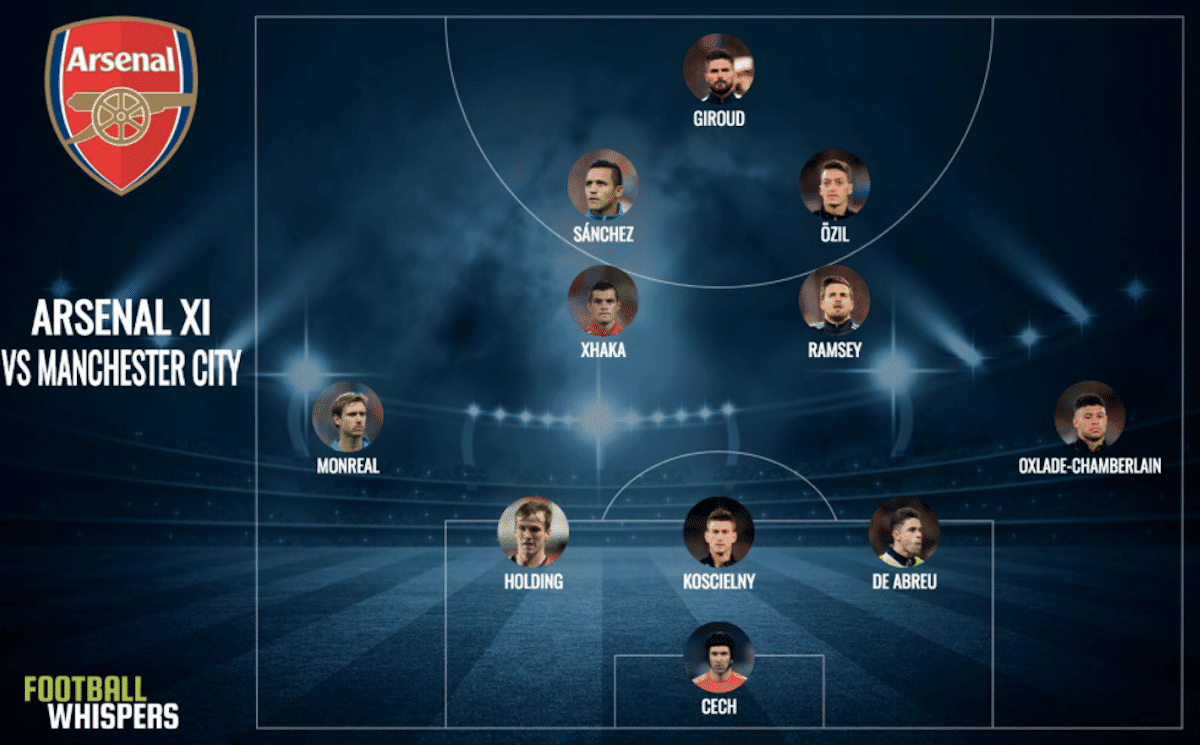 Against City, 5ft 7in David Silva managed to find a way between Laurent Koscielny, Gabriel, and Rob Holding to head towards Petr Cech’s goal, forcing the former Chelsea stopper to tip the ball over the bar.

In midfield Aaron Ramsey and Granit Xhaka were tasked with spoiling Pep Guardiola’s possession game, but they were unable to assert any control once they won the ball back.

Arsenal’s real threat came from the wide areas, and in Alex Oxlade-Chamberlain they have a player who could thrive in the right wing-back position.

The English midfielder’s delivery against City was second to none. He attempted eight crosses and although only two of these went down as successful, they were all dangerous even if they didn’t hit a red shirt first.

Had Olivier Giroud been more effective in his lone striker role, Oxlade-Chamberlain may have ended the game with more than one assist.

The French striker spurned an early chance to give his side the lead when he headed one of the aforementioned crosses straight at Claudio Bravo. It was left to the fellow wing-back, Nacho Monreal, to eventually oblige and turn one of these crosses home to equalise for his side.

But while the wing-backs triumphed, elsewhere the 3-4-3 is still finding its feet..

In the middle of the defence, Koscielny was only able to complete 72 per cent of his passes. However, this was mainly down to the amount of long passes he attempted, of which only four out of ten were completed. 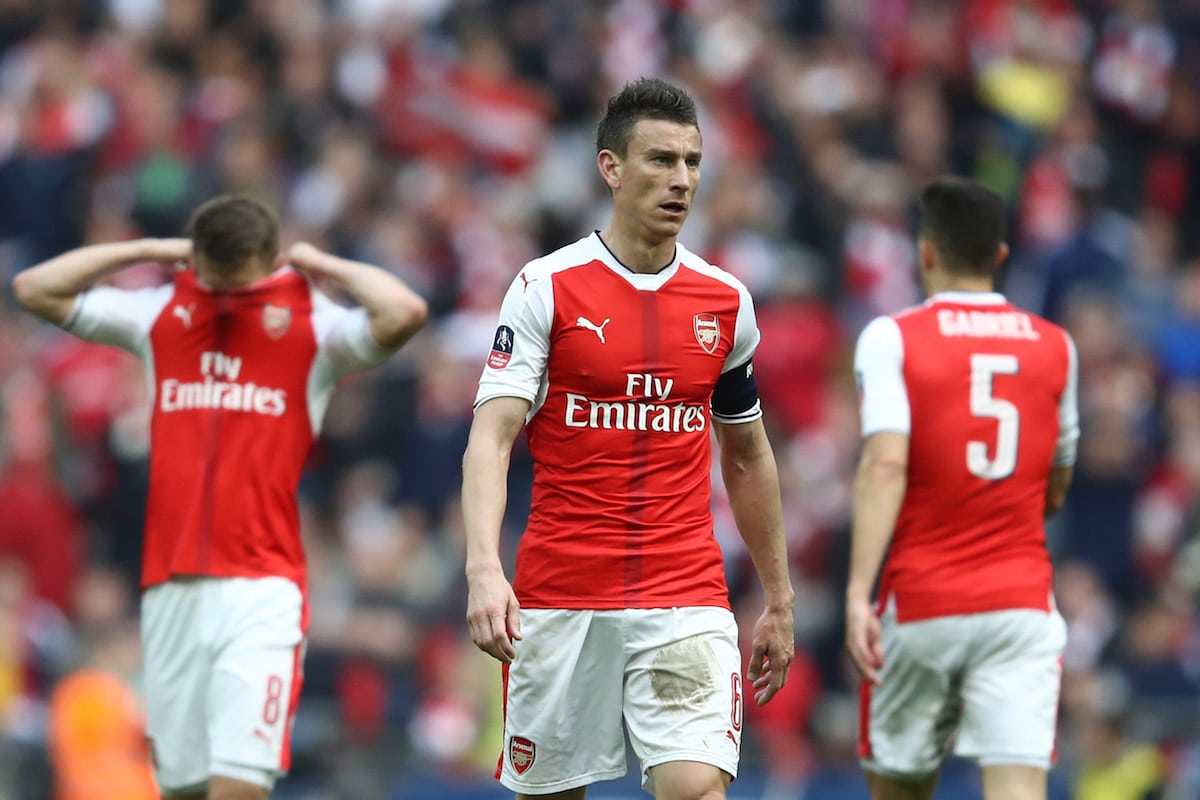 Read More: Why Virgil van Dijk would be the perfect replacement for Laurent Koscielny

This was one of the reasons Arsenal struggled to keep possession as, rather then play the easy ball off to one of his centre back partners, or look for Ramsey or Xhaka in midfield, Koscielny would attempt to play it long to the ineffective target man.

Elsewhere, Gabriel is ideal for the position to the right of the three given he’s played both right back and centre back in the past. And while Holding might initially seem like the stopgap on the left side, he has played all across the back four in his career to date so is suited to this formation.

Of the three, Koscielny might be the one least suited to the system.

As far as the attacking trio are concerned – other than the target man problems — which were solved to some extent by the introduction of Danny Welbeck — Alexis Sanchez and Mesut Ozil initially struggled to make an impression on the game.

It appears the system would be better if at least two of the front three had pace, especially against high lines such as City’s. This would also give Ozil the tools to work his magic.

Going forward, Welbeck should be used instead of Giroud in certain games. And Theo Walcott instead of Ozil in others. 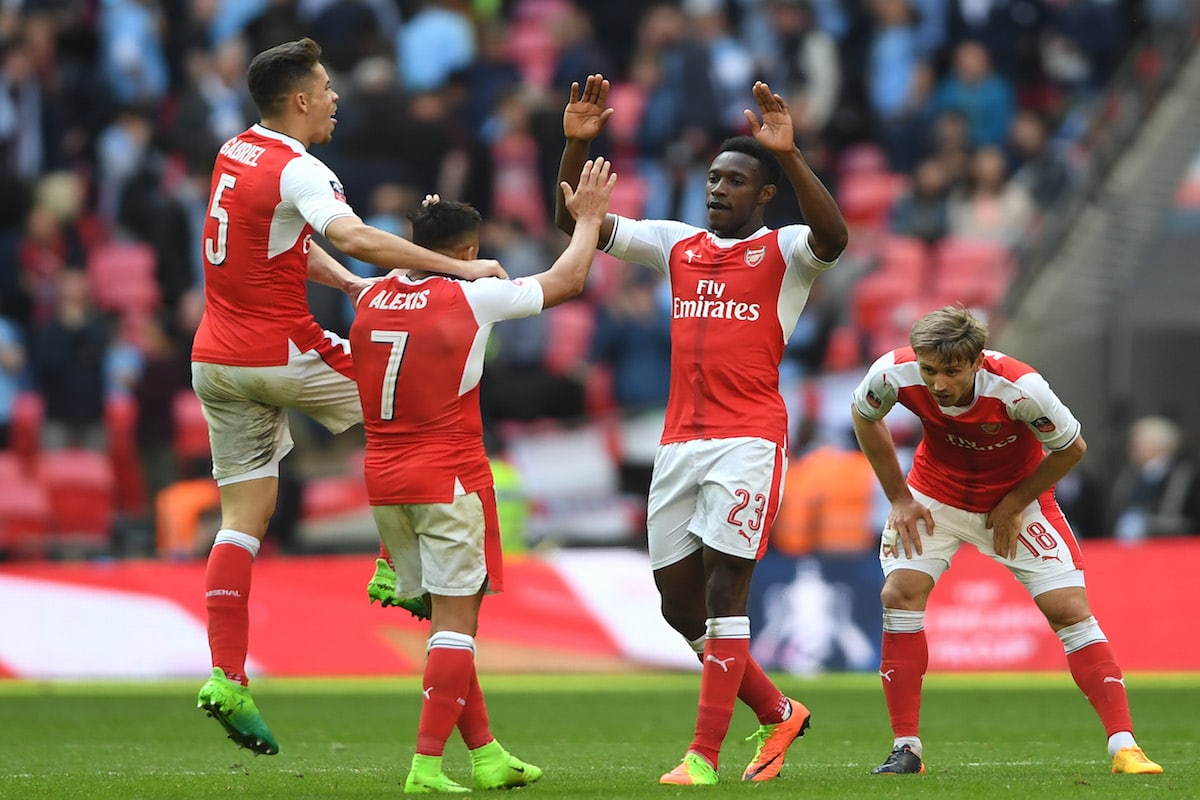 The Gunners have seven league games to play before they meet Chelsea in the FA Cup final, so it will be interesting to see if they continue with their back three.

They have important matches against Tottenham Hotspur and Manchester United to come, and need to win their games in hand to have a chance to finish in the important European places.

They’ve qualified for the Champions League every year since 1998, and failure to do so this season could see a rethink in the way the club

Chelsea have topped the league for the majority of this season on the back of the effectiveness of their own 3-4-3 system, and the way things are going it’s likely that the FA Cup final will witness two sides playing three at the back.

At the moment Wenger’s version of this system is some way behind Antonio Conte’s, which is to be expected given the amount of time the teams and their managers have been using this formation.

But if the French manager is to leave on a high by finishing fourth and winning the FA Cup, then his 3-4-3 could gain cult status in the Arsenal history books.