Albert Einstein said the insanity was doing the same thing over and over against and expecting different results. Obviously, Arsenal boss Arsene Wenger wasn’t a fan of the German physicist.

During the week, after Alexis Sanchez put the away side 1-0 up at Goodison Park, Everton hit back twice in the second half. It was a poor performance from Arsenal and you can imagine their boss would not have been too pleased.

There must have been a sense of deja-vu in Manchester…

On Sunday afternoon, after going 1-0 up through Theo Walcott after just five minutes, the Gunners through away the lead, losing 2-1 to Manchester City at the Etihad.

Leroy Sané equalised just after the break and Raheem Sterling’s 71st minute goal sealed the victory. That is the third time this season that Wenger’s team have lost from leading positions. More than they did in the whole of the 2015/16 campaign

On the opposite side, Kevin De Bruyne was crucial to the win and he completed seven key passes during the 83 minutes he was on the pitch. Arsenal as a team only made four. 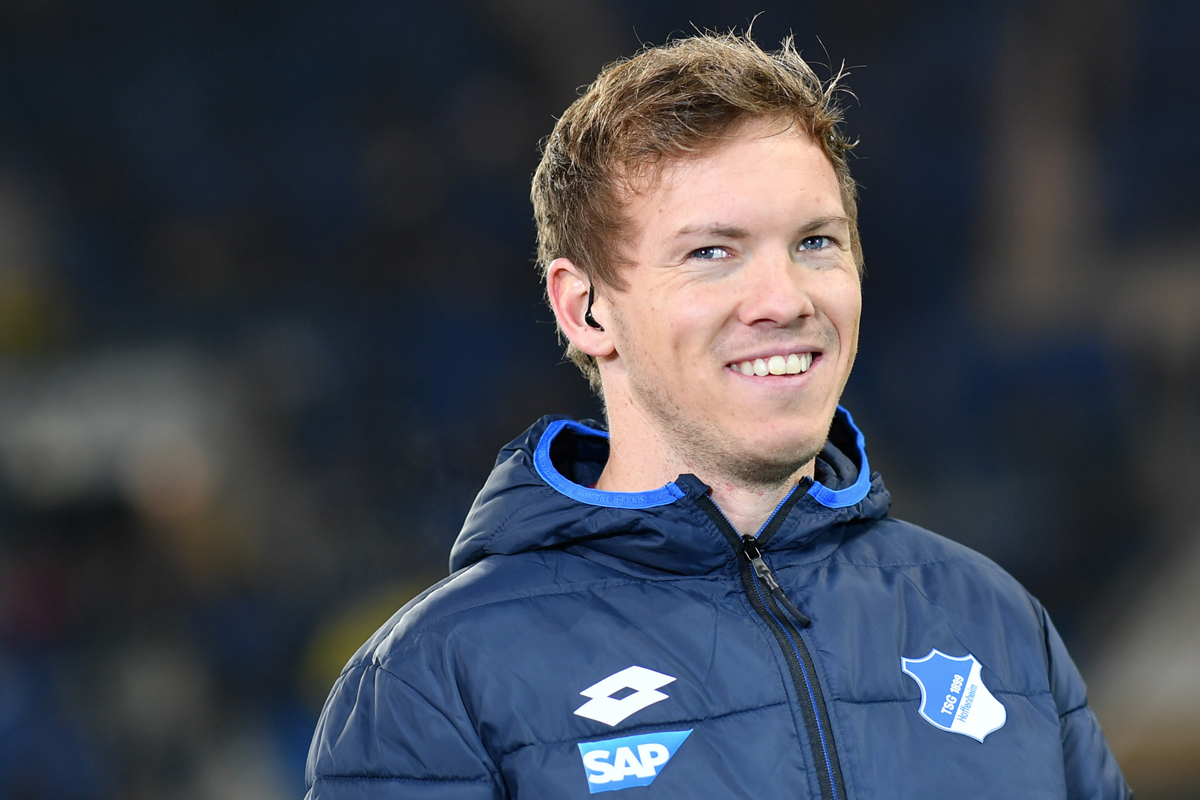 On Friday night, the Bundesliga enjoyed a barnstorming game as Hoffenheim drew 2-2 with Borussia Dortmund. They may be nine points behind both RB Leipzig and Bayern Munich, but Julian Nagelsmann’s team remain the only unbeaten team in Germany.

They took the lead after three minutes through Mark Uth, but Mario Götze brought BVB level on the 11th minute. Sandro Wagner wasn’t having any of that and put Die Kraichgauer ahead just nine minutes later.

Hoffenheim’s duo have 13 goals between them, Wagner on eight and Uth five and that makes that the top scoring Germans in the top flight. When the game kicked off, the home side had 10 Germans on the pitch for the first time in their history.

It was Pierre-Emerick Aubameyang who levelled for the away side, that is his 16th goal of the campaign, an amazing return after 15 games. Ousmane Dembélé was the architect, the young Frenchman awarded an assist for both goals, but that was matched by Benjamin Hubner, the Hoffenheim defender setting up both strikes for the home side.

Started from the bottom

Juventus beat AS Roma 1-0 and four goals for Dries Mertens helped Napoli beat Torino in a stunning 5-3 win, but the fireworks in Serie A were down at the bottom of the table.

Two goals from Giovanni Simeone – who, at 21, became the youngest player to score at least six goals in Serie A – gave Genoa a 2-1 lead over bottom of the table Palermo on Sunday.

The Rosanero had only won once all season and it didn’t look promising when they went 3-1 down through Nicola Ninkovic with 25 minutes to go. Then, there was a Sicilian miracle in Genoa. Goals from Edoardo Goldaniga, Andrea Rispoli and then on the 90th minute from Aleksandar Trajkovski handed Palermo a 4-3 victory.

Three vital points, which takes them above Pescara and Crotone into 18th, but they are still five points behind Empoli who sit in the safety zone. Up at the top, three points for the Old Lady sees them extend their lead over Roma to seven points. The need to be careful of the team behind them with just two points separating second to AC Milan in fifth. 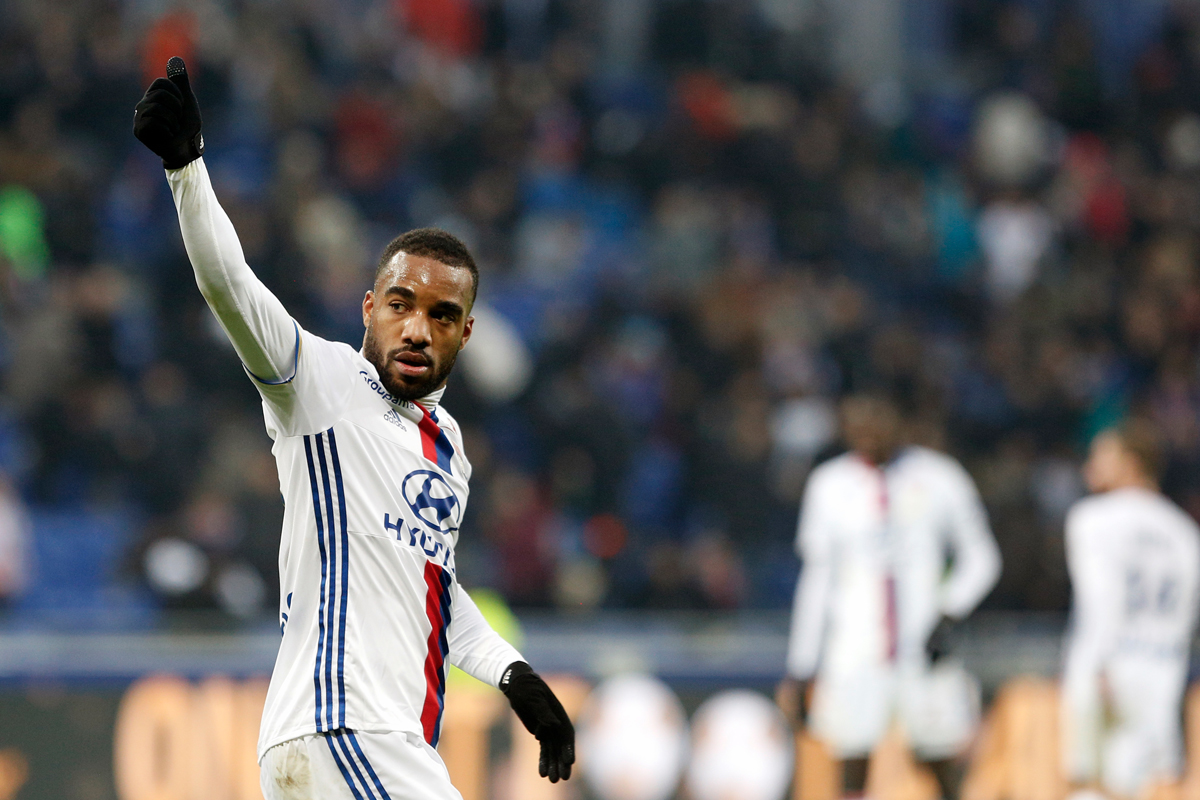 Over in France, Monaco failed to take a six-point lead over champions Paris Saint-Germain as they lost 3-1 to Olympique Lyonnais on Sunday night.

After Rachid Ghezzal gave the away side the lead, Monaco’s task was made harder when Benjamin Mendy was shown a straight red card. He fouled Corentin Tolisso and became the second player to see red against Lyon for fouling the No.8 this season.

Alexandre Lacazette should have made it 2-0 before the hour mark, but his penalty was saved by Danijel Subasic. The Croatian has stopped six of the last nine penalties he’s faced in Ligue 1.

Mathieu Valbuena did make it 2-0 soon after, scoring for the fourth consecutive game for the first time in his career. An amazing turnaround after he has spent the last 18 months failing to fit into OL’s system.

Tiemoué Bakayoko got one back, but Lacazette’s 12th goal of the season sealed a stunning 3-1 win for the away side. An end to end game, there were 30 shots between the two team, but it wasn’t without it’s spice.

The referee awarded 40 fouls during the game, the most recorded during a Ligue 1 game this season. The win is OL’s third in a row and takes them up to fourth, five points behind PSG. Nice came out the biggest winners this weekend. They beat Dijon 2-1 and move four points clear of Monaco.