Off the back of an away victory, Wazito take on Vihiga Bullets in the final game of the Kenyan Premier League on Saturday, 11 June. Vihiga travels to play the coming game after getting the back of consecutive two defeats.

Wazito have made the turns of wins and defeats in the last four games, registering two victories in the previous three outings. However, Vihiga Bullets are winless in the recent four attempts, losing three. Vihiga were able to win the previous H2H of the season at home but we don’t see the same case this time. Following the given stats, we expect Wazito to confirm their lead in this game.

Wazito will be hoping to have several opportunities as they have rattled the net in two of the last three attempts. Vihiga also held a poor defence in the away outings and leaked the goals in all of the recent five visits. In opposition, the visitors have been unable to score in two of the last three games. So a pattern without BTTS outcome will be our second pick for this game, in much contrast to the previous results in H2Hs.

Wazito vs Vihiga Bullets: Check out the best odds and the latest stats

Wazito vs Vihiga Bullets: Check out the team lineups

Wazito made an early comeback in the first half of the last game to secure an away victory against Posta Rangers. After having only nine wins, along with nine draws, the team is in the relegation zone at the sixteenth position. The club boss Fred Ambani will have zero medical issues to report coming into this game.

Vihiga were hammered in the last game by 1-4 defeat against Police FC, getting the second home defeat of the previous three home attempts. The team have confirmed only four victories in the 31 attempts and are relegated from the next season, standing at seventeenth place. Vihiga lost the most number of games, 18 and stretched the GD points to -34.

Questions About Wazito vs Vihiga Bullets 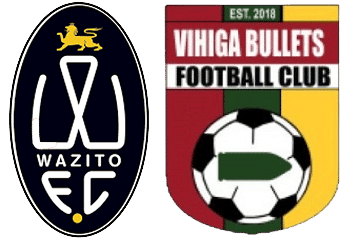 Who won the last h2h? 4-2 in favour of Vihiga Bullets.

Where is the game being played? Kasarani Annex Stadium.