For many Everton fans, Wayne Rooney’s departure to Manchester United in 2004 still stirs emotions. The feverish excitement generated by Rooney’s explosion onto the Premier League scene as an exceptionally gifted teenager was such that Everton fans felt betrayed by his exit.

Indeed, Rooney had been nurtured by the Toffees as he rose through the ranks to spectacularly announce himself to the footballing world with that last-minute goal against Arsenal. Then, less than two years later, Everton’s golden boy requested a move away after returning from Euro 2004 with England, where his performances earned him a spot in UEFA’s All Star squad and a significantly enhanced reputation.

Rooney’s highly-publicised exit from Goodison Park sparked outrage and bitterness amongst Evertonians, who grew to view the player as ungrateful and greedy after rejecting a five-year contract worth £50,000-a-week.

However, Rooney’s ambition was always to be one of the greatest, to play in the Champions League, to win trophies and to play alongside some of the finest players in the world. He ticked all those boxes at United, emphatically defying naysayers who raised their eyebrows at the money spent bringing him to Old Trafford.

Rooney simply not the same player 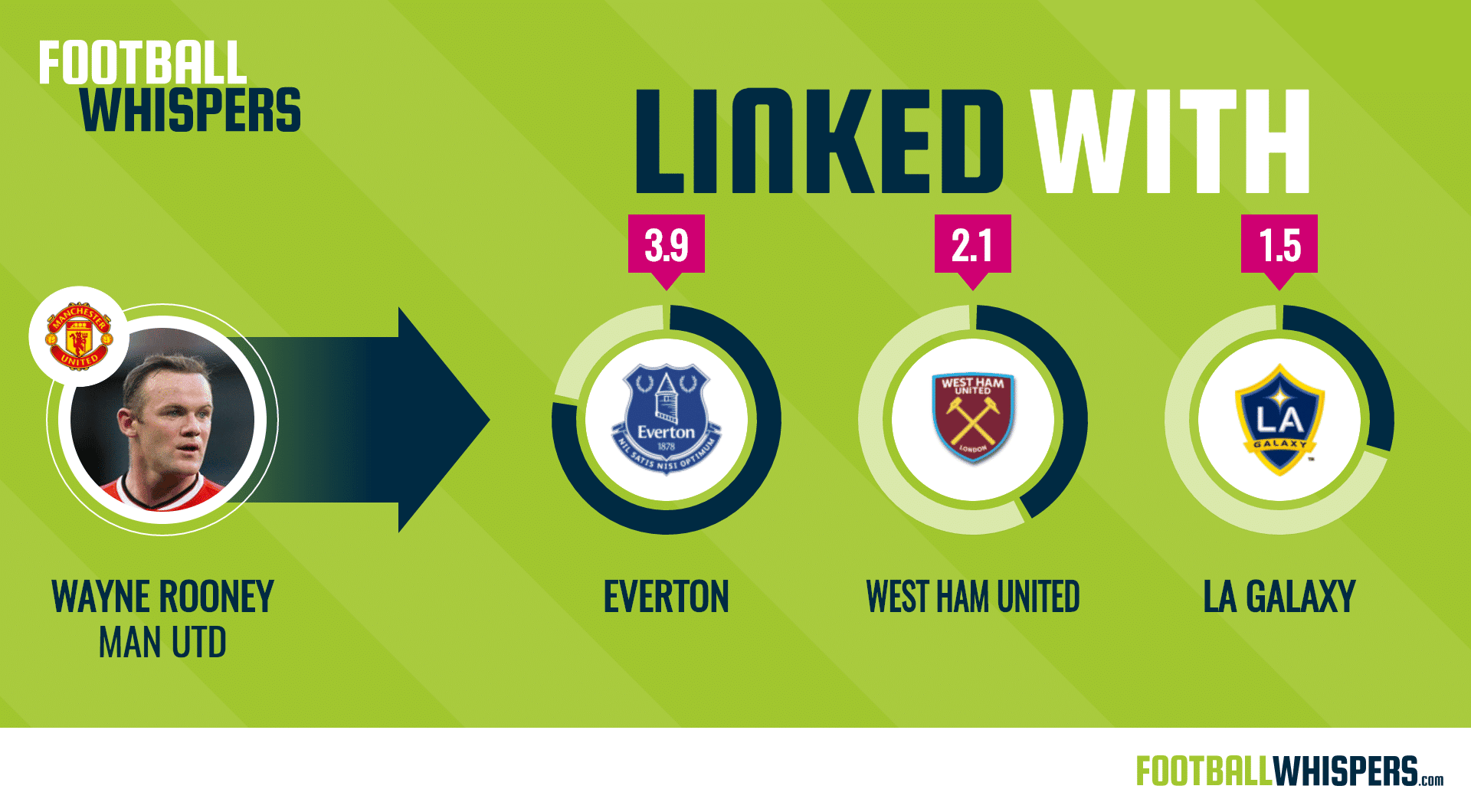 Now, nearly 13 years later, Rooney is experiencing perhaps the most uncertain period in his career. He has lost his place with both United and England and a summer move away from Old Trafford seems inevitable, with Everton emerging as the most likely destination.

Rooney’s comments after leaving Everton when he said he wasn’t bothered if Everton fans ever forgave him certainly stoked the flames of an already fractured relationship, but the hatchet may be buried to allow a fairytale homecoming in the summer.

And while it would be reassuring to see Rooney rebuff lucrative offers from China and the MLS in favour of returning to his roots, his recent decline suggests it wouldn’t take long for the excitement at his reappearance on Merseyside to peter out.

Everton supporters have revelled in seeing Romelu Lukaku lead the line this season, but it would be beyond wishful thinking to expect Rooney to emulate anything like the powerful Belgian forward’s devastating form. 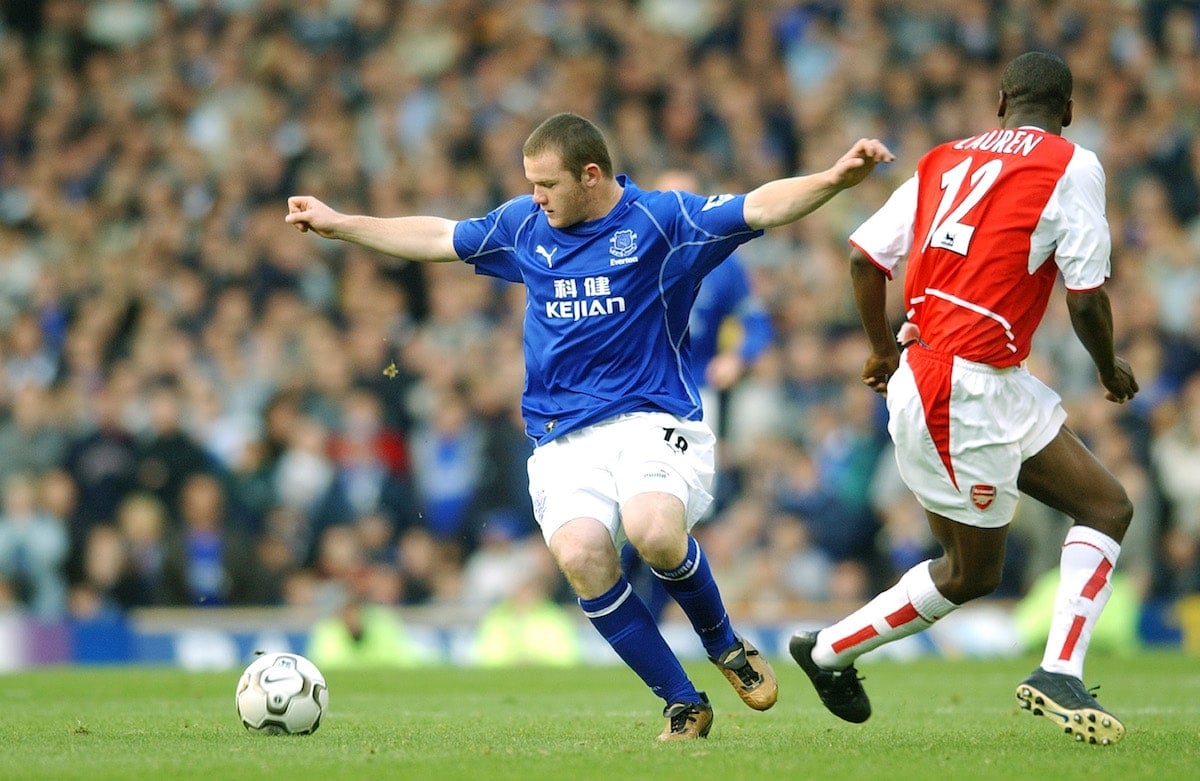 Lukaku, the league’s top-scorer this season with 21, is expected to leave Goodison in order to chase his ambition of winning trophies. When he leaves, Rooney – Everton’s previous careerist striker – may well replace him, completing an oddly connected sequence. Lukaku’s clear desire to leave Everton for a ‘bigger club’ will undoubtedly dredge up that deep-seated ill-feeling towards Rooney, even if he returns with a smile and a promise to repay Everton for giving him his start in football. When Everton fans see Rooney out on the pitch once more, it’ll be like having a fillet steak taken off your plate and replaced with rump.

Ronald Koeman’s principal ambition is to establish Everton as a club challenging for Champions League football, but it’s difficult to see that happening with a diminished Rooney spearheading the attack. Lukaku has obviously played much more football than Rooney this season, but his 0.74 goals to game ratio still comfortably surpasses Rooney’s 0.11.

In addition, Lukaku averages more shots per game and with more accuracy than the 31-year-old, further highlighting how Rooney has lost that cutting edge and ferocity he possessed for so long under Sir Alex Ferguson at United.

Improved fitness required if fairytale is to pay off

Now, although it’s difficult for some to accept, Rooney is fading with a whimper into his final years as a pro. His contributions to United and England over the years have been hugely significant – and record-breaking.

Yet, it’s difficult to envisage him as anything more than an interested spectator on the Everton bench. Looking on with that painful tinge of nostalgia reminding him of how he used to gleefully burst up and down Goodison Park during his formative years.

Put simply, Rooney isn’t fit enough for that purpose anymore. Not only has he lost his sharpness as a marksman, but that physicality that made him such a fearful opponent in his prime has also largely dissipated.

One can only assume that Koeman and Everton are prepping a rigorous training programme for Rooney given that the Dutchman demands the utmost application from his forwards.

The Dutch coach was happy to show Gerard Deulofeu the exit door after growing frustrated with the Spaniard’s refusal to meet work-rate requirements, so presumably he will expect the same from Rooney, especially if the striker is to earn a reported £150,000-a-week.

Following Everton’s 5-0 demolition at the hands of Chelsea earlier this season, Koeman admitted he lost his temper after watching a video of the game and seeing how his forwards lacked the aggressive pressing of Eden Hazard and Diego Costa. That’s what Koeman will demand, but whether Rooney can consistently deliver on that front is something onlookers will certainly question.

However, if there is one thing Rooney has proven repeatedly over his illustrious career, it’s that he’s a survivor.

It takes a certain mentality and drive to maintain such an exalted status at a club like United for over a decade, and Rooney has done exactly that. His natural ability hasn’t deserted him, and some would argue that a change in environment would help revitalise his career.

While that’s possible if he returns to Everton, providing the attacking menace and invention a la Lukaku is simply too much to expect of a 31-year-old who wears the battle scars of 746 games at the highest level.

A move for Rooney would be a triumph of romanticism, and any expectations for this mooted fairytale harkening back to Rooney’s previous time with Everton definitely need to be tempered.