Wolves are yet to secure their first Premier League points of the new season but head into their away game against Watford as the slight favourites to win with most bookmakers. Watford have looked solid at home this season and will fancy their chances against a struggling Wolves side this weekend.

Watford have secured three wins and a draw from their last six encounters with Wolves and we're backing the home side to avoid defeat on Saturday. Watford have beaten Aston Villa at home in the Premier League and followed that up with a 1-0 win in their own backyard against Crystal Palace in the League Cup, so you can see why we have backed the hosts with a double chance bet this weekend.

We're not expecting many goals in this game and have backed under 2.5 to be scored during the 90-minutes. Each of Watford's last three outings have produced under 2.5 goals and the same can be said for four of Wolves' last five fixtures.

Emmanuel Dennis has one goal in his first three Premier League starts for Watford and we're backing the Nigerian striker to find the back of the net on Sunday. Dennis made his name at Club Brugge before a brief spell in the Bundesliga with Cologne and has looked very bright in the early stages of his Watford career.

All you need to know ahead of Watford vs Wolves

Can Wolves get their first points on the board this weekend?

Watford made the trip to Tottenham before the international break, a game they narrowly lost 1-0. The early stages of the new season suggest that Watford have enough about them to avoid relegation but they will need to make the most of the home advantage when they have it, especially when they play out-of-form sides like Wolves.

Wolves also lost 1-0 in their last league game but they we're up against Man Utd at Molineux. The visitors are yet to get a point or even score a goal in their opening three league games but have only conceded one goal in each of those defeats. Wolves do have goals in them as we saw when they thrashed Notts Forest 4-0 in the League Cup.

Watford vs Wolves – Your Questions 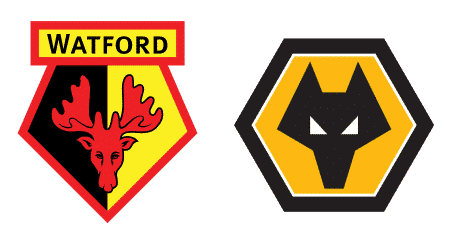