Watford sit 2pts and two places above Southampton in the Premier League table yet they head into this game as the underdogs according to the bookmakers. Following their first-ever win at Goodison Park last time out, the Hornets are bound to be buzzing ahead of Saturday's home game against the Saints.

Here are our predictions for Watford vs Southampton.

We're backing Watford to avoid defeat this weekend when they play host to a Southampton side that they have outplayed so far this season. Watford ran out 5-2 winners at Goodison Park in their last game and now face a Saints side that have lost two and drawn three of their last six matches in all competitions, so you can see why we're backing the hosts against the odds.

Both teams have scored in five of the last six meetings between these two clubs and we're expecting more of the same from the pair this weekend once again. Four of Watford's and four of Southampton's last six fixtures in league and cup have also ended with both teams getting on the scoreboard, so you can understand why we don't think there will be a clean sheet on show at the final whistle.

Watford went behind early on at Goodison Park but responded really well with an equaliser from King in the 13th-minute. The Toffees took the lead again through former Hornet Richarlison but Kucka equalised for the visitors 12-minutes from time. Watford then dominated the last part of the game and took the lead through King who then went on to complete his hat trick against his former club in the 86th-minute. Dennis added a fifth and final goal in stoppage time to make the end result 5-2.

Southampton went behind at home to Burnley in their last game but went in level at the break thanks to an equaliser from Livramento in the 41st-minute. Just 5-minutes into the second half, Broja put the Saints 2-1 up but the home side were unable to maintain their lead and conceded an equaliser shortly after and the game ended in a 2-2 draw. Southampton have drawn too many games already this season and need to start making the most of their chances if they want to avoid being dragged into a relegation battle this season.

Southampton: James Ward-Prowse returns from suspension this weekend but Armando Broja, Mohamed Elyounoussi and Jack Stephens could miss out through injury. 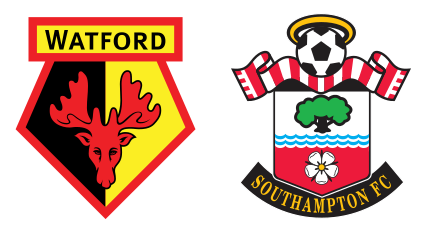