Watford have the home advantage for their Premier League clash with Newcastle on Saturday and will be aiming to extend their guest's winless start to the campaign. Steve Bruce is feeling the pressure following Newcastle's 1-1 draw with Leeds last time out and if he doesn't turn the club's fortunes around soon, he could be facing the sack.

Here are our predictions for Watford vs Newcastle

We're predicting that both teams will score on Saturday as that has been the case in four of the last six meetings between Watford and Newcastle. Both teams have also scored in each of Watford's last two outings, as well as in four of Newcastle's last six fixtures, so you can see why we're confident that there won't be a clean sheet in sight this weekend.

Draw at Half Time

Saturday's clash is expected to be pretty close and competitive throughout and we're expecting the pair to go in level at the interval. Three of Newcastle's last four matches in all competitions have ended in draws and despite their results this season, Newcastle have been in all of their games this season at half-time.

Ismaila Sarr was a wanted man in the summer but somehow Watford kept a hold of their talented wide man. The 23-year-old scored twice last time out against Norwich and has 3-goals in the Premier League this season. We're backing an in-form and confident Sarr to get on the scoreboard against what has so far been a very generous Newcastle defence this season.

All you need to know about Watford vs Newcastle

Watford were unable to follow up their impressive 3-1 win at Norwich last weekend with success in the League Cup, as Stoke City ran out 3-1 winners against much weakened Watford eleven. Clearly, the Hornets have their eyes firmly focussed on safety this season and will probably be glad to be out of the League Cup in the early rounds, especially if they can beat Newcastle this weekend and prove it was worth resting those key players.

Newcastle have had a full week to prepare for this weekend's clash with Watford as they were already knocked out of the League Cup by Burnley in August. The Magpies came from behind to secure a point in their last league game at home to Leeds but even that result wasn't enough to satisfy a selection of the crowd who were calling for Steve Bruce to be sacked at the final whistle. Bruce and his players could really do with getting their first win of the campaign this weekend to ease the pressure and move them away from the drop zone.

Watford: Femenia and Pedro are both injury concerns heading into this weekend's clash with Newcastle and will need to pass late fitness tests.

Newcastle: Dummett, Wilson and Dubravka look set to miss out once again this weekend through injury, but Shelvey and Woodman could return to the squad.

Your Questions: Watford vs Newcastle 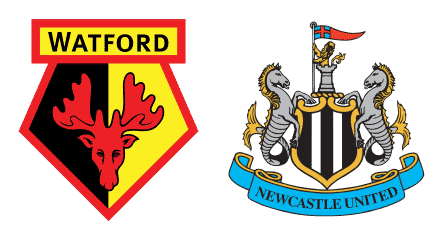