Liverpool continue their title challenge away at Watford in Saturday's early kick-off in the Premier League. Watford claimed a 3-0 victory the last time these two sides met but home hasn't been a happy hunting ground for the Hornets of late, so a point would be a decent result for Watford this weekend.

Here are our predictions for Watford vs Liverpool

These two sides often produce an entertaining 90-minutes and we're backing both teams to score this weekend. Both teams have found the back of the net in three of Watford's last four outings as well as in four of Liverpool's last six fixtures in all competitions, so you can see why we're backing against either side keeping a clean sheet on Saturday.

At least three goals have been scored in five of the last six meetings between these two clubs in the Premier League and we're expecting more of the same on Saturday. Two of Watford's last four matches and each of Liverpool's last six outings in league and cup have also witnessed over 2.5 goals being scored.

Mo salah already has 6-goals to his name in the Premier League this season and we're backing the Egyptian international to find the back of the net once again against Watford on Saturday. Salah has failed to score in his last two appearances for Egypt but has scored in each of his last seven games for Liverpool in league and cup.

Everything you need to know ahead of Watford vs Liverpool

Can Watford upset the odds this weekend?

Last time out, Watford went down 1-0 at Leeds United thanks to a first-half goal from Diego Llorente. That result leaves Watford sitting in 15th place heading into the next round of fixtures, just 4pts above the relegation places. Survival is the key for Watford this season and these types of games against Liverpool won't be expected to produce any points, so if they can pick up the odd point against any of the title challengers then that is a bonus.

Liverpool twice took the lead at home to Man City before the international break but had to settle for a share of the spoils thanks to goals from Foden and De Bruyne. Mane and Sala both got on the scoreboard for the hosts and while Liverpool will have been disappointed not to win the game, a point against a side like City is nothing to turn your nose up at. However, failure to take maximum points from their trip to Vicarage Road on Saturday could make the point against City feel wasted as it might allow their rivals to leapfrog them in the Premier League table.

Liverpool: Thiago, Alexander-Arnold, Origi, Jota and Elliot could all miss the trip to Watford through injury or illness. 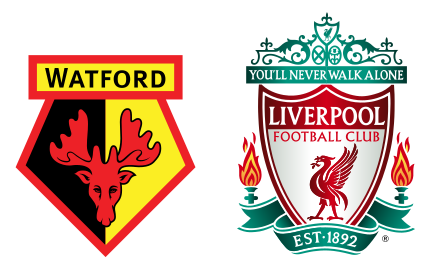