Roberto Pereyra didn't touch the ball as he weaved past three Huddersfield Town defenders. But he didn't have to. It was the shimmy of the hips that threw them. And given the Argentine's fondness for dance that should not have come as a huge surprise.

The Watford star's wonderful goal against the Terriers on Saturday was the latest in a growing highlight reel. He has been one of the Premier League's standout performers during the 2018/19 campaign, yet his excellent form stretches back further that.

Rewind twelve months, however, and things were very different for the man known to his teammates as Maxi. His form was indifferent. His struggle with injuries frustrating for player and fans alike.

When Pereyra joined Watford in the summer of 2016 from Juventus he was viewed as a statement signing. Sure, the Hornets had brought in countless players from Serie A since the Pozzo family purchased the club but none had been as successful in the Italian top flight as the midfielder.

He'd won Serie A. He'd won the Coppa Italia. He'd featured in a Champions League final. And he'd been capped by Argentina multiple times. His C.V. was one many a player would envy.

A goal on his debut – a consolation in a 3-1 defeat against Arsenal – was a good start. And he followed that up with assists in wins against West Ham United and Manchester United.

It's often said players need time to adapt to the Premier League but Pereyra appeared to be one of the exceptions. His skill and poise with the ball instantly impressed. His work-rate out of possession was also noticeable.

But in December 2016 his season was ended. The then 25-year-old tore the meniscus in his right knee and would be ruled out until the summer.

Such a prolonged period on the sidelines can affect the most experienced of players. The daily routine of gym work and physiotherapy can become a hard, tiresome grind. Yet there would've been few doubts about Pereyra's ability to overcome the injury.

The South American, like many of his peers from the continent, has a battle-hardened mentality. He knows the sacrifices it takes to succeed. The desire required to make it in the game.

At 15 years old he left home to join Club Cadetes de San Martín in his native Argentina. The team were based on the outskirts of Buenos Aires, almost 1,000 miles away from where Pereyra lived.

There was only one option to reach the club. “I took a bus that took 20 hours,” he said in an interview with The Times.

“What did I do on the bus? Nothing. I was just on the phone, sending messages, listening to music, eating. I made a lot of sacrifices but football was always my life. I dreamt of what I’m doing now.” 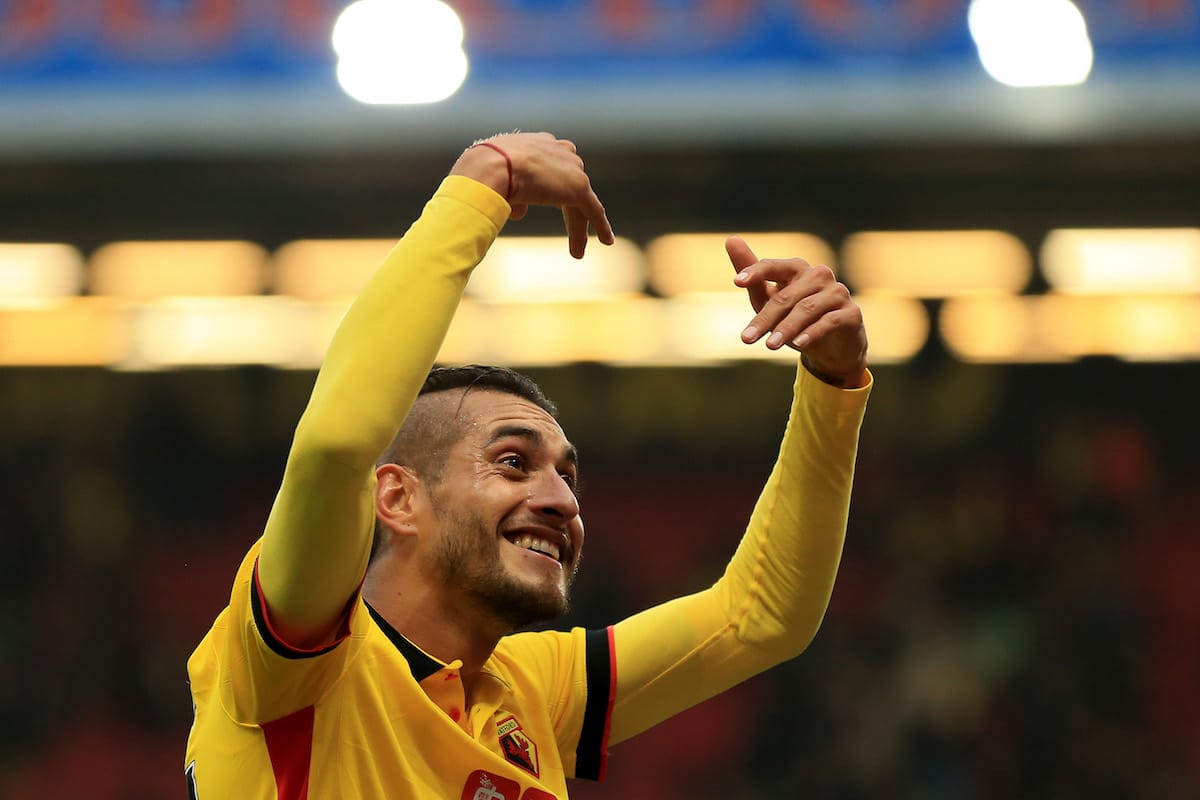 Such mental resolve would've again helped Pereyra at the start of the 2017/18 campaign. Marco Silva had taken charge at Vicarage Road and had started well. Yet the midfielder was on the fringes, largely due to niggling injuries.

He missed games against Bournemouth, Brighton & Hove Albion and Southampton. Was a substitute against Manchester City, Swansea City and West Bromwich Albion. Started against Chelsea and Arsenal. And then was absent as the Hornets were beaten by Stoke City and Everton.

By the time Pereyra had returned to full fitness, Watford's form had collapsed under Silva. The Portuguese had lost the dressing room after openly flirting with Everton just 11 games into his tenure.

Silva was sacked on January 21 and was replaced by Javi Gracia. The Spaniard is widely viewed as the catalyst for Pereyra's upturn in form and he certainly deserves a huge amount of credit. Yet the green shoots of his renaissance at Vicarage Road had poked through the surface in the weeks before Gracia's arrival.

The Argentina international's first start of 2018 was in the FA Cup third round against Bristol City. It was a game he scored in and displayed the confidence and guile that convinced Juventus to sign him, initially on loan, from Udinese in 2014.

There were a couple of patchy performances but from then on Pereyra has produced week in, week out for the Hornets. And a move to the left flank has taken his game to a new level.

All bar one of his last 16 Premier League appearances have come from the position and in that time he has scored eight goals. That alone is impressive, yet a dive into Pereyra's deeper numbers highlights the elite level he has performed at since the end of March. 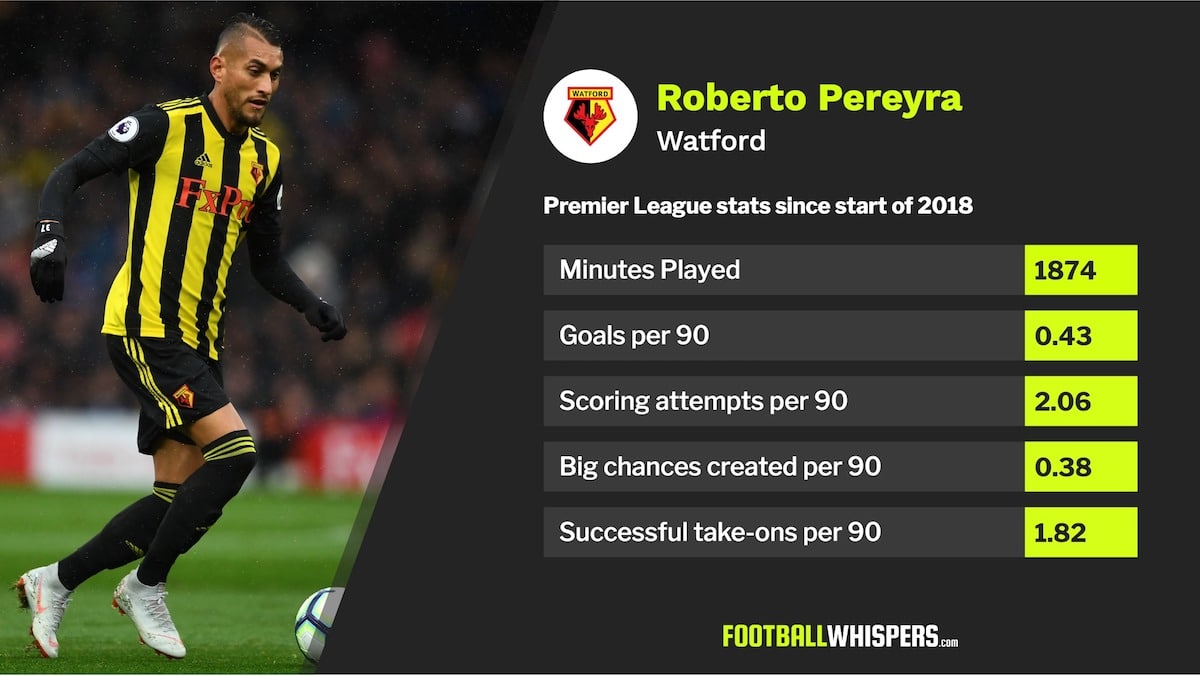 Yet it doesn't stop there. Pereyra's expected goals (xG) may only be 3.42 – well down on the eight he has scored – but that the second-highest in the top flight among midfielders.

The above stats paint the picture of a highly effective attacker, which Pereyra undoubtedly is. He is focused but flamboyant. Exciting yet easy going. On and off the pitch, he is a man who wants to enjoy what he's doing.

“I dance… if we are just chilling I turn on some music. I have my favourite songs from Argentina. My favourite is Ulises Bueno, a singer known only in Argentina. His music is special.”

And so is Pereyra. A player who can make defenders dance to his tune, as Huddersfield and many others have found out this season.