Getting the band back together isn't always a resounding success. Watford found that out the hard way.

On Sunday they sacked Quique Sánche Flores less than three months after re-appointing him as head coach for a second time.

The hope had been the charming Spaniard would instil some of the solidity, organisation and resoluteness which typified his first spell at Vicarage Road. An 8-0 humiliation at Manchester City in Sánchez Flores' second game back suggested things might be rather different this time.

And so, after just ten matches, the former Atlético Madrid coach has left. But, if reports are to be believed, the Hornets have another former ace up their sleeve.

Step forward, Odion Ighalo. The Nigerian striker, now of Chinese side Shanghai Shenhua, wasted little time in expressing his desire to return to Vicarage Road when Sánchez Flores was appointed during the September international break.

It was the Spaniard who took him to China in the first place. 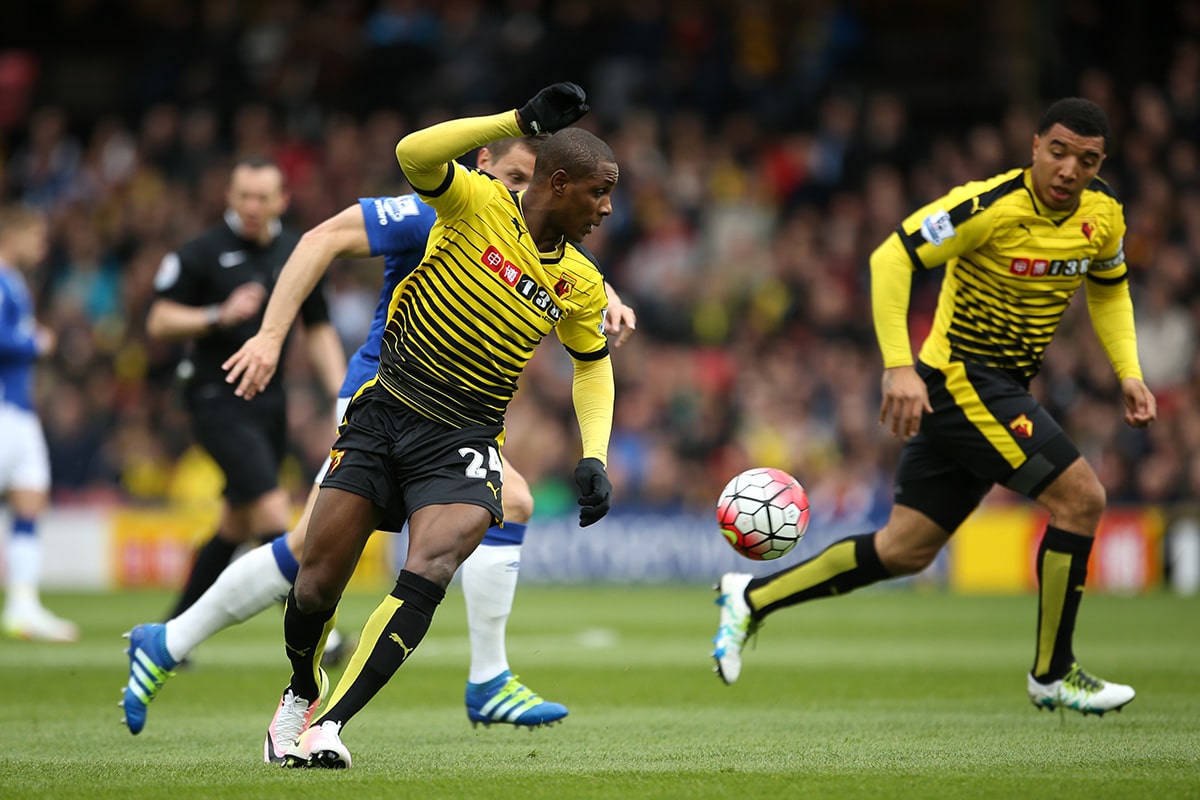 “It was great because he brought me to this team because he knows what I can do and we have a good relationship,” Ighalo told The Athletic. “Wherever in the world, I would be glad to work with him because I know him and what he demands from me.”

Sadly, the pair won't get the chance to reunite for the third time. Under Sánchez Flores, Ighalo scored 15 Premier League goals as the Hornets finished their first season back in the top flight in 13th place – a position they did not better until last term under Javi Gracia by finishing 11th.

In December 2015, Sánchez Flores and Ighalo were named Manager and Player of the Month respectively. The Hornets won three of five matches, trouncing Liverpool 3-0 in the process, and Ighalo bagged five in as many games that month. 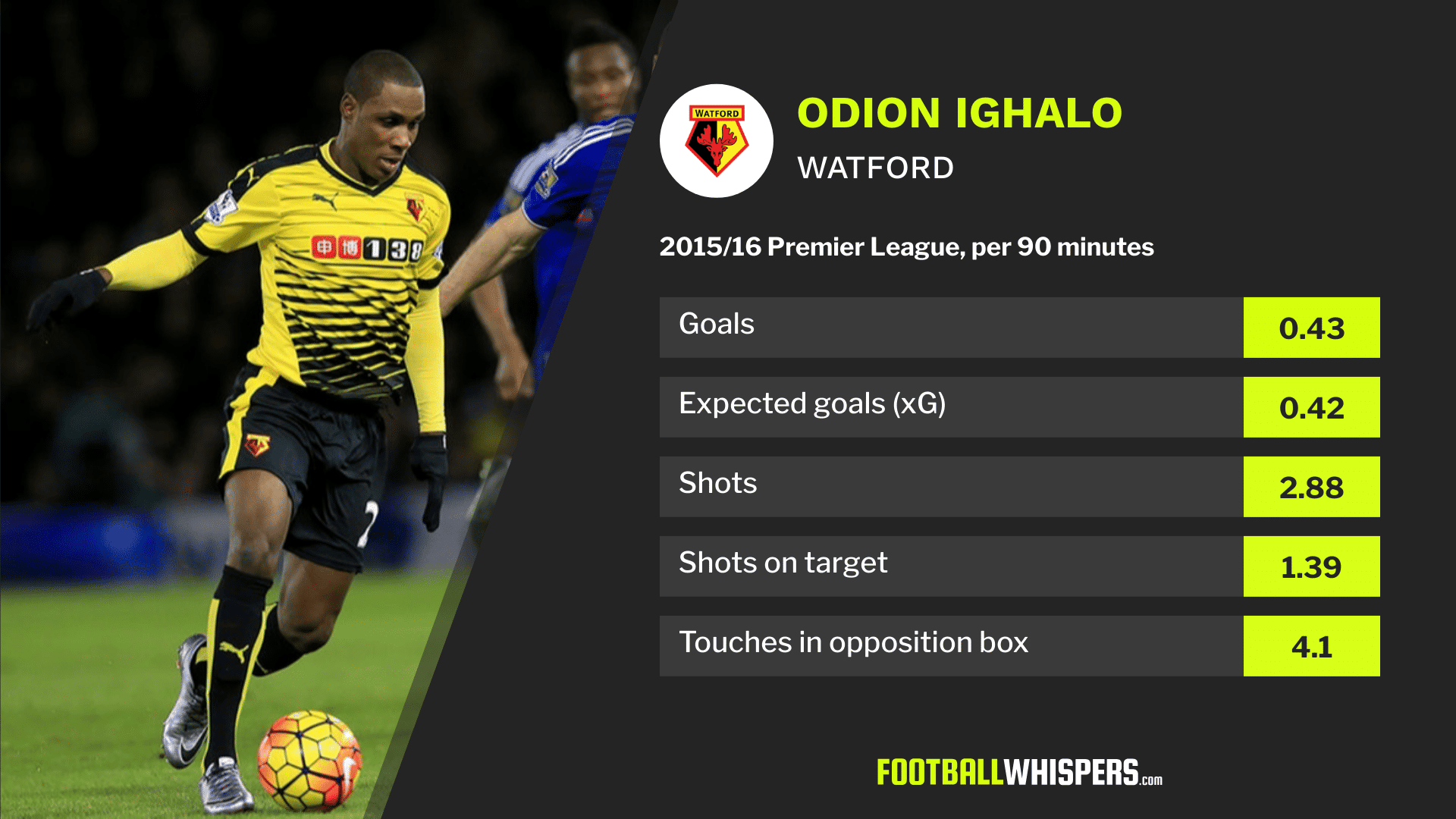 “At Watford I had the best time of my career, scoring so many goals in the first season,” Ighalo said in the same interview. “Watford is still my club, it is still my family’s club, and it’s in my heart.”

It's no surprise the 30-year-old has persistently been linked with a return to Vicarage Road throughout his time in the Far East. How much interest there has been on the Hornets' side is another matter altogether.

Ighalo has an agent who can only be described as proactive. Like clockwork, Emefie Aneke Atta makes sure his client is in everyone's thinking each January. As yet, no Premier League club has taken the bait. Could that be about to change?

According to TeamTalk, Watford are one of several Premier League sides interested in the striker who bagged 39 in 99 outings during his first stint in WD18.

Fabricated rumours or not, it's a deal that could make a lot of sense for Watford – particularly if they could secure a loan return for the remainder of the Premier League campaign.

Despite enduring a miserable season which has left them bottom of the Premier League standings, Watford's underlying numbers earlier in the campaign suggested not all was lost.

Now, with 14 games gone, they rank near the foot of the standings for expected goals, goals, and shots on a per-90 basis. They are, by dint of scoring just nine times, the lowest scorers in the league.

Without skipper Troy Deeney, the Hornets have been blunt in attack. Gerard Deulofeu has huffed and puffed but, at one stage, had taken more shots than anyone else in the top flight without scoring. Alongside him, Andre Gray has never convinced he has the necessary quality.

As an all-round player, Ighalo is lacking. He's not particularly quick and his hold-up play could use some work. But the one thing which he cannot be criticised for is finishing. The 15 goals he bagged in the Premier League in 2015/16 came against an expected goals total of 15.56.

In other words, he took his chances.

In total, the Nigerian international had 107 efforts on goal, hitting the target with 48.6 per cent – a remarkably high ratio. As a pure goalscorer, Ighalo is up there with the very best in Watford's recent history. Right now, that is exactly what the Hornets need. Someone who will put the ball in the back of the net when the chances fall his way.

To underline the problem, Watford have missed 14 Big Chances this season. So-defined by Opta as:

A situation where a player should reasonably be expected to score, usually in a one on one scenario or from very close range when the ball has a clear path to goal and there is low to moderate pressure on the shooter. Penalties are always considered big chances.

What makes that already damning statistic even worse is they've only created 13 themselves.

Ighalo has the potential to be a difference-maker in those situations. He doesn't do a lot off the ball but when it's delivered, he's on hand nine times out of ten.

The margins in the Premier League are fine, but if the former Granada forward could rediscover anything like the form he showed between 2014 and 2016, he could be the difference between staying up and going down.

According to Ighalo, he turned down a six-month loan switch to Barcelona in January when the eventual LaLiga champions were trying to sign striking cover for Luis Suárez.

Saving Watford's Premier League skin might not sound as appealing, but a trip down the Yellow Brick Road could suit all parties.