It's been more than two years since Watford signed someone from sister club Udinese, but the arrival of Ignacio Pussetto has changed that.

The Athletic first reported the deal was close on Sunday with Sky Sports News weighing in on Tuesday to confirm the Argentine attacker was undergoing a medical ahead of a move which will cost €8million (£6.8million).

A wide forward had been on the Hornets' shopping list ahead of the January transfer window with Gerard Deulofeu and Ismïla Sarr the only natural widemen on Watford's roster.

Pussetto's arrival almost certainly spells the end of Isaac Success' time at Vicarage Road – although the Nigerian may move away on loan once more having struggled for fitness and minutes again this season.

The last time Watford raided the stock cupboard at Udinese they came back with goalkeeper Orestis Karnezis and central defender Molla Wagué. Neither left a favourable impression at Vicarage Road but previous trips have proven more fruitful.

Since the Pozzo family took over the Hornets in 2012, a plethora of players have traded Udine for Hertfordshire. Of those Matej Vydra, Almen Abdi, Fernando Forestieri and Marco Cassetti have been the picks. It's a high bar for Pussetto match.

So, what will Pussetto bring to Vicarage Road?

The most obvious thing when watching the 24-year-old is his work-rate. That might come as a surprise given his position but the right-sided winger is a grafter who puts in the hard yards for his team and has the data to back it up.

Although he has only played in 334 minutes of Serie A action this season, he has averaged an impressive 2.16 tackles per 90, winning 1.08. Last season those figures stood at 2.68 and 1.65 respectively.

Interestingly, Udinese operate with a particularly low block. No other Serie A team wins the ball back in the attacking third less frequently than the Zebrette who average 2.68 regains per 90. Yet when it comes to defensive-third regains, they're top of the standings with 27.74.

The fact Pussetto works so hard to win back possession is, therefore, surprising. Last season the Santa Fe native turned the ball over 0.82 times per 90 in the attacking third – enough to rank 12th among Serie A forwards.

Furthermore, taking his entire season-and-a-half in Serie A into account, no attacker wins more defensive duels (10.66) per 90 while Pussetto ranks seventh for aerial duels won (4). He also comes out on top for tackles attempted (2.68) and won (1.61), and interceptions (1.18). 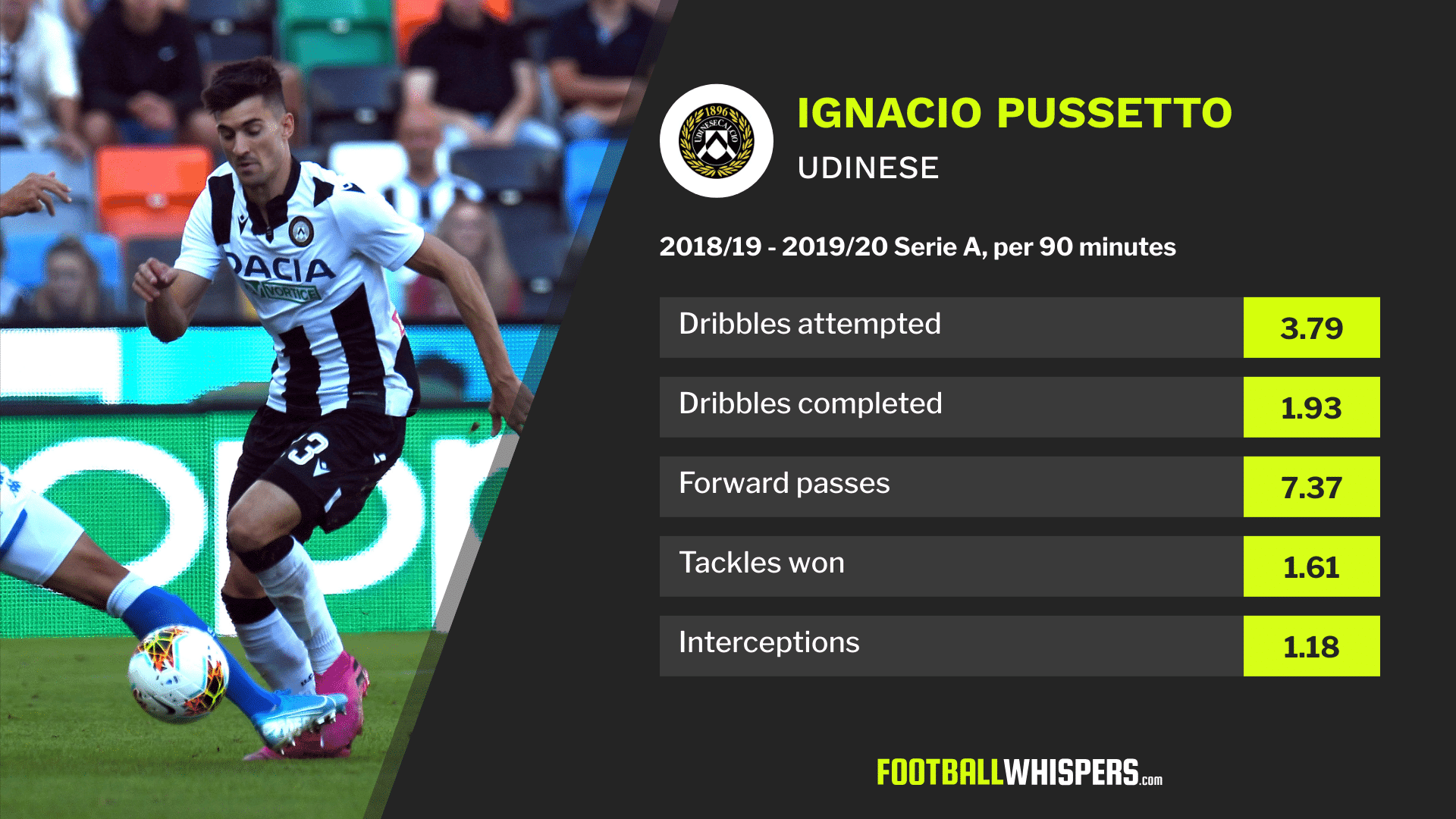 That is the kind of defensive work-rate which will surely appeal to Watford boss Nigel Pearson in the battle against the drop.

But Pussetto is not what you might term a ‘defensive winger'. He has plenty of attacking instinct and menace too. With four goals last season he was Udinese's fourth-highest scorer in Serie A while his four assists put him second only to talisman Rodrigo de Paul – this month linked with Internazionale.

Again taking his time in Italy as a whole, he is ninth for completed dribbles by forwards with an average of 1.93 per 90. Comfortable going down the line or drifting inside from the right, Pussetto is strong and quick but draws a lot of fouls – in his Serie A career he's been fouled 2.16 times on average per 90.

And while his end product, totalling just four assists, could do with some work, it's worth noting his expected assists (xA) total for his Udinese career is 2.83, so he has over-performed against that metric.

Assists, though, are only as good as the player finishing the chance. In the instance below, Pussetto slides a perfectly weighted pass into the path of Seko Fofana but the former Manchester City midfielder slams his shot into the side netting to squander the opening. 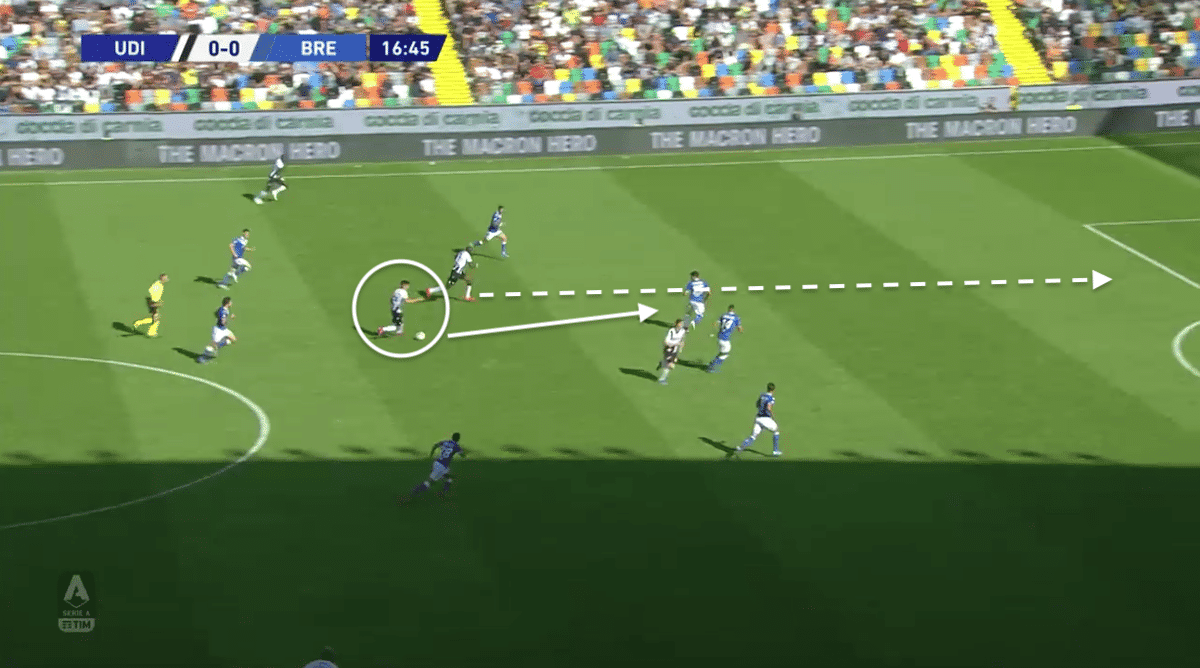 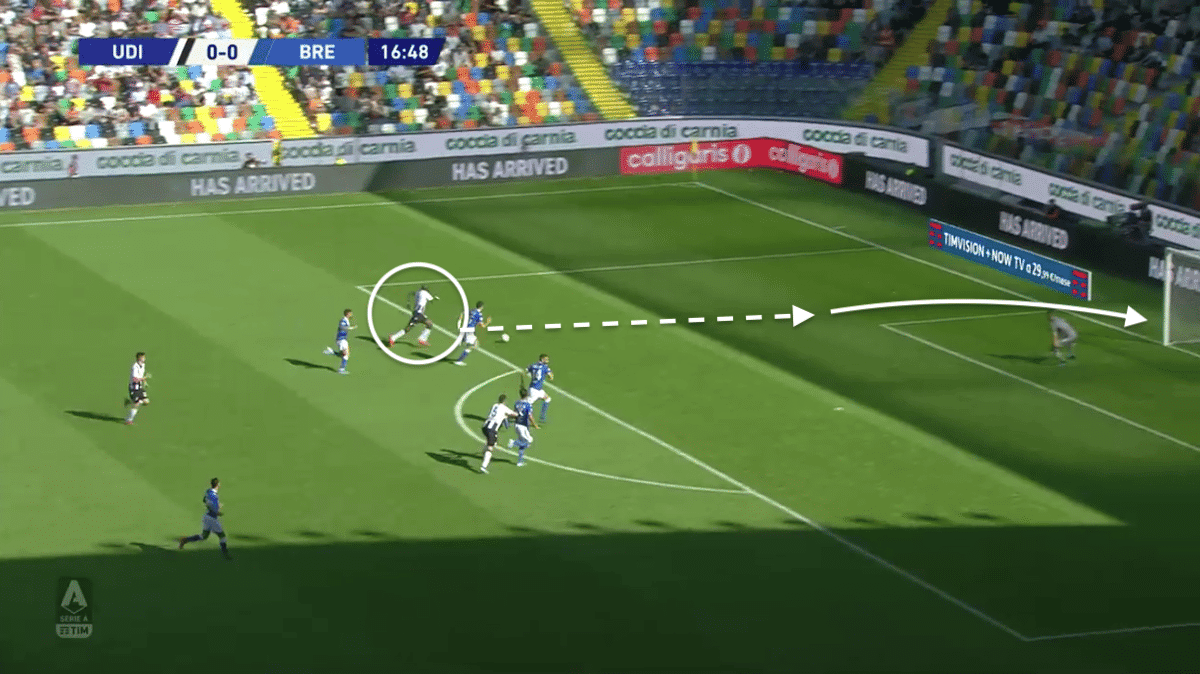 With the aforementioned Sarr in such good form, it's unlikely Pussetto will be thrown into action immediately. But the Senegalese speedster needs someone to push him and give him a break. Pussetto will do just that.

Initial reports claimed the fee was around £15million but the figure has since been reduced to a little under £7million. Anywhere between those two figures is small change for a Premier League club and when the money is simply being moved from one bank account bearing the Pozzo name to another, it matters little.

Last season the Hornets sent Stefano Okaka to Udine to help the Zebrette in their relegation battle. Now they're repaying the favour.