He might not be the star man for his team but Daniel Wass is a player in demand.

According to recent reports, the Celta Vigo midfielder is wanted by three Premier League clubs. Leicester City, Crystal Palace and Swansea City are all vying for his signature as he enters the final year of his contract with the La Liga side.

The way the transfer market is right now it's difficult to identify value for money signings, so being in with a chance to sign a player of Wass' experience and quality for as little as £4million is one many teams simply can't overlook.

The 28-year-old has European experience under his belt, turning out for the Spanish club in the Europa League last season, and has been capped at international level by Denmark.

For Celta this term he's operated in central midfield, right midfield, right back and attacking midfield. His versatility, coupled with his price tag, could see him be one of the shrewdest signings of the summer.

But what does he bring to the table? Here, we take a look at a few of Wass' key stats 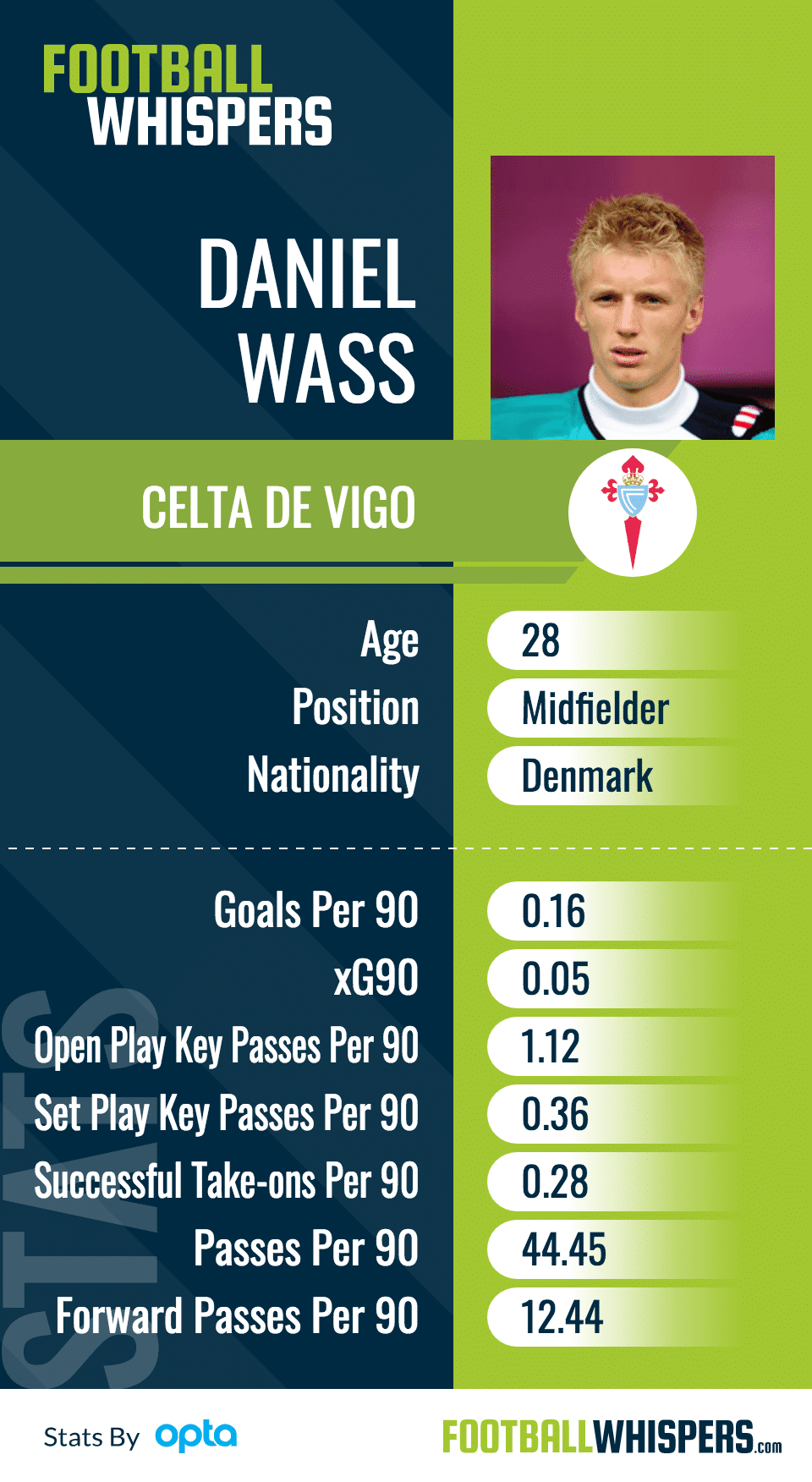 The 28-year-old isn't a reliable goal threat from midfield. His xG90 total score of 0.05 is bettered by the likes of Luka Milivojević, James McArthur, Andy King, Sam Clucas, Matty James and Vicente Iborra. Wass' real value is in his ability to create chances.

He's not of the Wilfried Zaha mould. He doesn't beat a man with trickery or pace, as shown by his 0.28 successful take-ons per 90 minutes, but instead lets the ball do the talking.

In terms of open play key passes per 90, only Yohan Cabaye can beat his return of 1.12. The Denmark international also adds 0.36 from set pieces. What's even more impressive is the that he masterminds a high volume of chances despite the fact only 27 per cent of his passes go forward.

It's clear that he's a creator and, if given the opportunity, he can certainly carve out openings for his team-mates. He's not as productive as Pascal Groß but he has a similar style.

When the German moved to the Premier League it wasn't a story that dominated the back pages but he's made huge waves for Brighton and Hove Albion.

That's not to suggest Wass will have a similar impact but just that he shouldn't be judged on the small transfer fee.