Warta Poznan meet Wisla Plock in the Ekstraklasa on Friday, July 22nd. Can Wisla make it two wins from two at the start of the new campaign? Read our free predictions and find the latest odds for the fixture below in our detailed match preview.

Wisla Plock are targeting their second win in as many games as they prepare to take on Warta in Poznan on Friday. Read our top predictions for this week’s fixture below.

The opening day of the new Ekstraklasa campaign in Poland could hardly have been sweeter for Wisla Plock, who roared to a 3-0 win over a strong Lechia Gdansk outfit. Warta meanwhile, slipped to a 1-0 reverse to Rakow Czestochowa – a result that would have stripped away much of their early-season vigour. Plock should be high on confidence on Friday and they are available at a strong price in the double chance market.

The Stadion Groclinu Dyskobolii was a happy hunting ground for both teams to score bettors at the back end of last season. Eight of the last ten Ekstraklasa fixtures there involving Warta Poznan produced action at both ends with the hosts failing to notch just once during the same period overall. BTTS also landed in 60% of Wisla’s last ten assignments on the road and we’re tipping both patterns to continue on Friday.

View our list of the best stats for Friday’s match below alongside a tool to help you choose the best odds.

Read all of the injury updates and team news for Friday’s Ekstraklasa clash between Warta Poznan and Wisla Plock below.

Adam Zrelak missed Warta Poznan's opening day defeat last week, though the key striker will hope to make his bow for the campaign on Friday. Defender Bartosz Kieliba is in the treatment room however, and is likely to miss out again against Wisla.

Wisla Plock have a clean bill of health this week ahead of their second fixture of the new campaign. Wisla were hugely impressive in their 3-0 triumph over Lechia Gdanks, so expect to see an unchanged team on Friday for the most part. 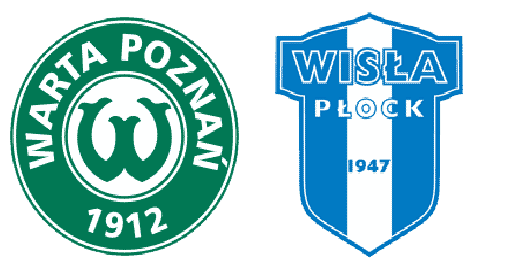 Who are the current Ekstraklasa champions?

Lech Poznan are the current title holders in Poland.

Warta Poznan vs Wisla Plock is not been screened live on TV in the UK.