The holidays are over, it's a new year and it's back to normality after a week of watching football all day every day, eating turkey and stuffing sandwiches and scoffing mince pies.

So, in order to escape reality a little longer, we at Football Whispers have put our heads together to come up with a list of hopes – or, more likely, dreams – for the beautiful game in 2020.

Some are deadly serious. Others aren't. At its best, football is the most dramatic, joyous, evocative sport on the planet and we love it. But that's not to say it couldn't benefit from some new year's resolutions of its own.

We won't hold our breath…

1. Getting serious on tackling racism

It's been a big couple of years already on this front, but there's still much more to be done.

Using the power of his social media following, Manchester City talisman Raheem Sterling did more than football's governing bodies in 2019. But platforms such as Facebook, Twitter and Instagram are rife for unacceptable abuse. So much so, players and coaches came together last year to take part in a 24-hour social media blackout instigated by the PFA.

Racist abuse is not just restricted to nameless, faceless ‘keyboard warriors', though. It's still prevalent in stadiums and in society. Only recently we saw the Romelu Lukaku and Chris Smalling with the headline ‘Black Friday'.

Yet when the league the paper covers, Serie A, saw no issue in commissioning an artist to paint images of monkeys in each of its teams' colours in a bid to tackle racism, it's little wonder the problem won't go away.

There was abuse at Stamford Bridge, in Bulgaria and too many other venues to mention. It's inaccurate and, frankly, arrogant to label racism a problem belonging simply to mainland Europe.

In 2020 it's time for football to get tough on racist abuse and racists. It's great that players feel empowered to lead this fight, but they need proper help and support. That means meaningful punishments and education for offenders.

2. An end to VAR-cical scenes 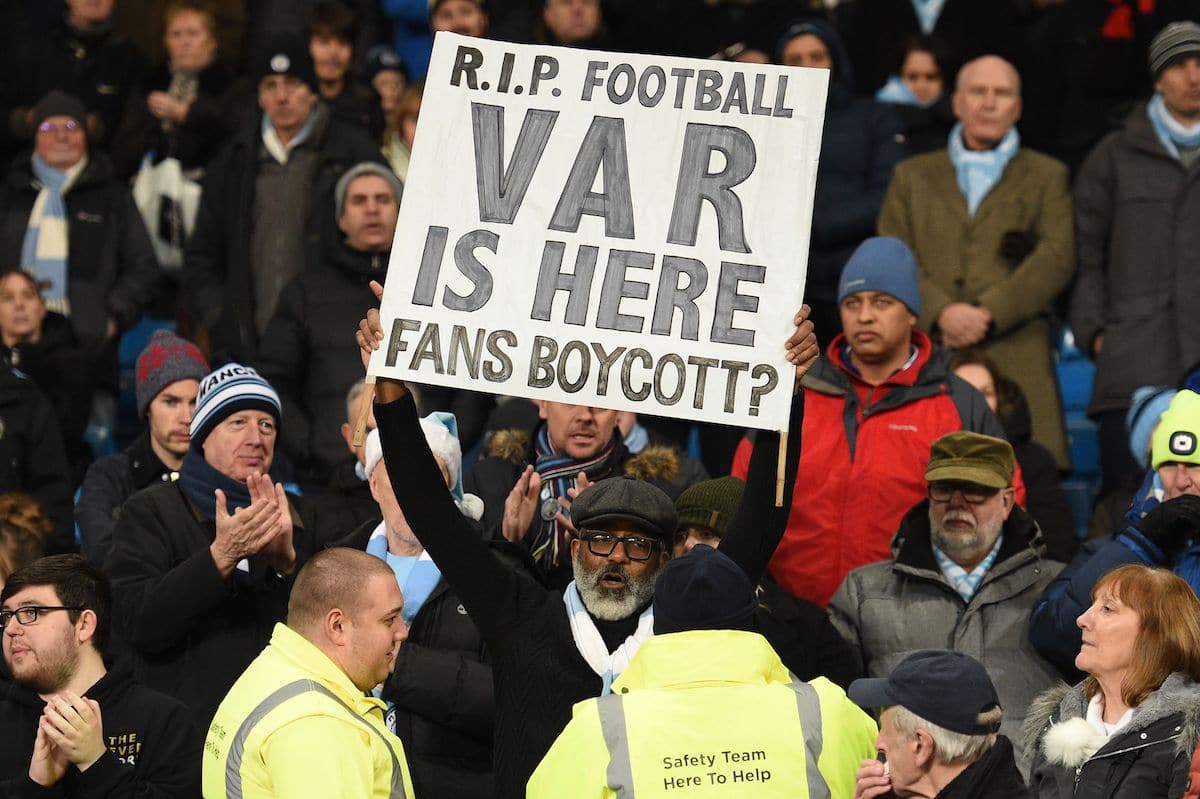 The introduction of Video Assistant Referees in the Premier League has been the predictable omnishambles many feared. Before we go in on everyone's new favourite punchbag, VAR has had its successes.

We just can't remember any.

Following the 2018 World Cup in Russia, we feared refs would spend half the match running between the pitch and the sideline monitor. Halfway through its maiden campaign and we're crying out for them to use the damn things. At the time of writing, no-one has taken the decision to a replay, instead relying on what those at Stockley Park say.

From the first weekend of the Premier League right up to the New Year's Day action, there's been controversies every weekend. Anyone who feared the introduction of VAR would kill off talking points in games was sorely mistaken.

From fingernail offside calls to baffling inconsistencies in what constitutes a ‘Clear and obvious error', the application of VAR has been ridiculed. And rightly so. It's not beyond salvation, but there needs to be a proper re-think ahead of 2020/21.

Agonisingly pipped to top spot by Manchester City last season, the Reds were a model of consistency in the Premier League accruing a massive 97 points. They effectively missed out on the basis they could not beat the eventual champions over two nip-and-tuck games.

This season the balance of power has shifted. Liverpool are 11 points clear of third-placed City and, thanks to their FIFA World Club Cup exploits, have two games in hand too. Leicester City might be (marginally) closer thanks to their point advantage over the Citizens but it's Pep Guardiola's side who feel like their biggest rivals.

The Merseysiders last won the league in 1990. The wait looks to be over and even for neutrals it's virtually impossible not to be drawn in by Jürgen Klopp's charm. 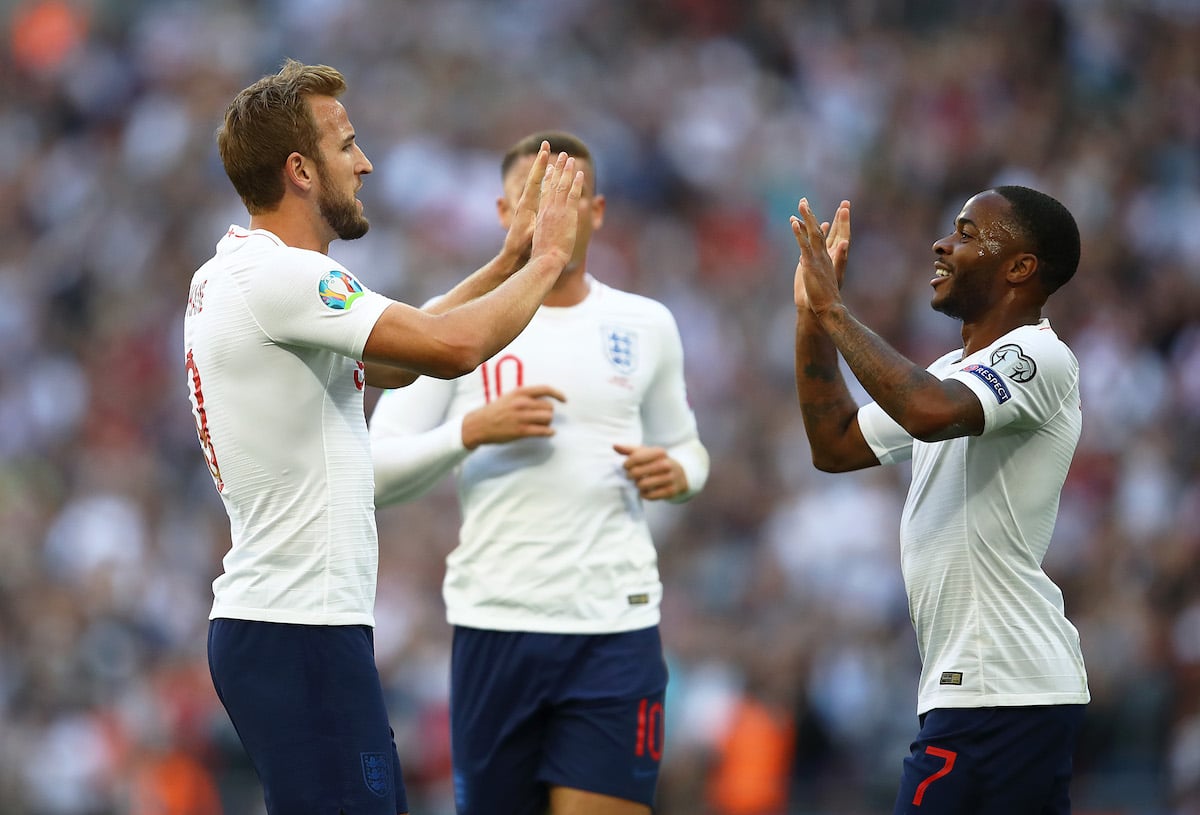 While we're on the subject of teams who have endured a barren run, let's talk England. After reaching the semi-finals of the 2018 World Cup, finishing third at the UEFA Nations League and qualifying for the 2020 European Championships in imperious fashion, could Gareth Southgate finally end, whips out calculator, 54 years of hurt?

The Three Lions might never have a better chance. Thanks to UEFA's crackpot/brilliant idea to spread the tournament across an entire continent, England will play all their group stage matches at Wembley Stadium.

Even if supporters will have to split the ticket allocation equally, playing in familiar surroundings will either boost Southgate's young squad or crush them under the weight of expectation completely.

The semis and final are also back at the Home of Football ™ so glory is inevitable really. Probably. Hopefully…

5. The end of the José Mourinho saga

The Special One made a welcome/unwelcome (Delete as applicable) return to football towards the end of 2019 when he was surprisingly appointed as Mauricio Pochettino's successor at Tottenham Hotspur.

After the usual upturn in results, winning three in a row, things have returned to the mean with Spurs triumphing in just three of their next eight and failing to win back-to-back games.

No matter, the January transfer window is here. Despite the bluster upon his arrival about being happy with the squad and not needing any new signings, Mourinho will put things right by signing up a human wrecking ball – maybe one of Marouane Fellaini or Nemanja Matić. Like former Spurs boss Harry Redknapp, Mou just loves the sound of that fax machine.

It is rinse and repeat stuff. But we'd like to see something new from the Portuguese. The signs are there. Out is long-time assistant Rui Faria and in are fresh kids on the block João Sacramento and Nuno Santos, neither of whom have worked under Mourinho before. Has a period of unemployment and introspection man José a new man? We wait with bated breath… 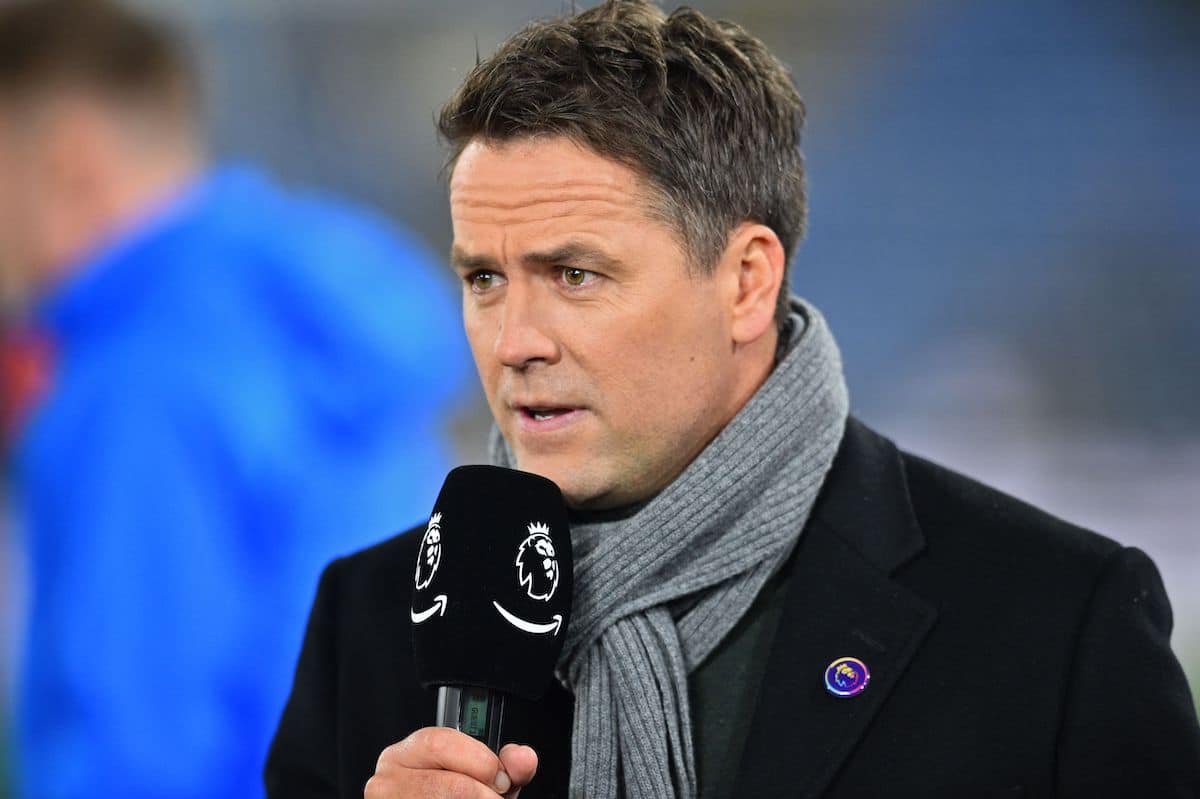 New-fangled technological innovations in the beautiful game have been hit and miss in recent times but one change we could all get behind was the arrival of more on-demand football.

Amazon kicked the revolution off at the start of December with an entire round of Premier League fixtures available to stream via their Prime Video service. It was slick, smart and polished. Cries about the delay were inevitable, as was the BT Lite look and feel to proceedings, but it was a good start and surely marks the introduction of more of this sort of thing.

On Boxing Day we were treated to another round and it was the same deal on New Year's Day as BT Sport joined the party by showing every Premier League fixture through the day. A full day's football – wonderful.

Here at Football Whispers we like some things just the way they are, thank you very much. But we're also very much about technology and innovation and being able to watch our team at 3pm on a Wednesday while munching through the dregs of the Quality Street? Alright in our book…