Firstly, Wilfried Zaha revealed recently that he wants to play Champions League football and despite the Eagles valuing him at £100million they may have a difficult time keeping hold of the enigmatic winger.

That alone is enough to cause sleepless nights for Roy Hodgson. But Palace have another potential problem, with a number of clubs eyeing a move for Aaron Wan-Bissaka. The 21-year-old was a revelation this season and, according to various reports, is a top defensive target for both Manchester clubs.

A £50million valuation won’t scare either team off. It’s a fair price for a player who could potentially hold down a place in the starting XI for the next decade.

Of course, Palace are in no rush to sell the youngster. He has a deal until 2022 and if the 2018/19 season is anything to go off his price is only going to increase. But, ultimately, you can’t stop the inevitable. Big clubs, one way or another, nearly always get their man.

United retain a stronger interest in the Palace No.29 according to the Daily Mirror. The Red Devils have been linked with other right-backs recently but in terms of profile, very few fit Ole Gunnar Solskjær’s team as Wan-Bissaka does. 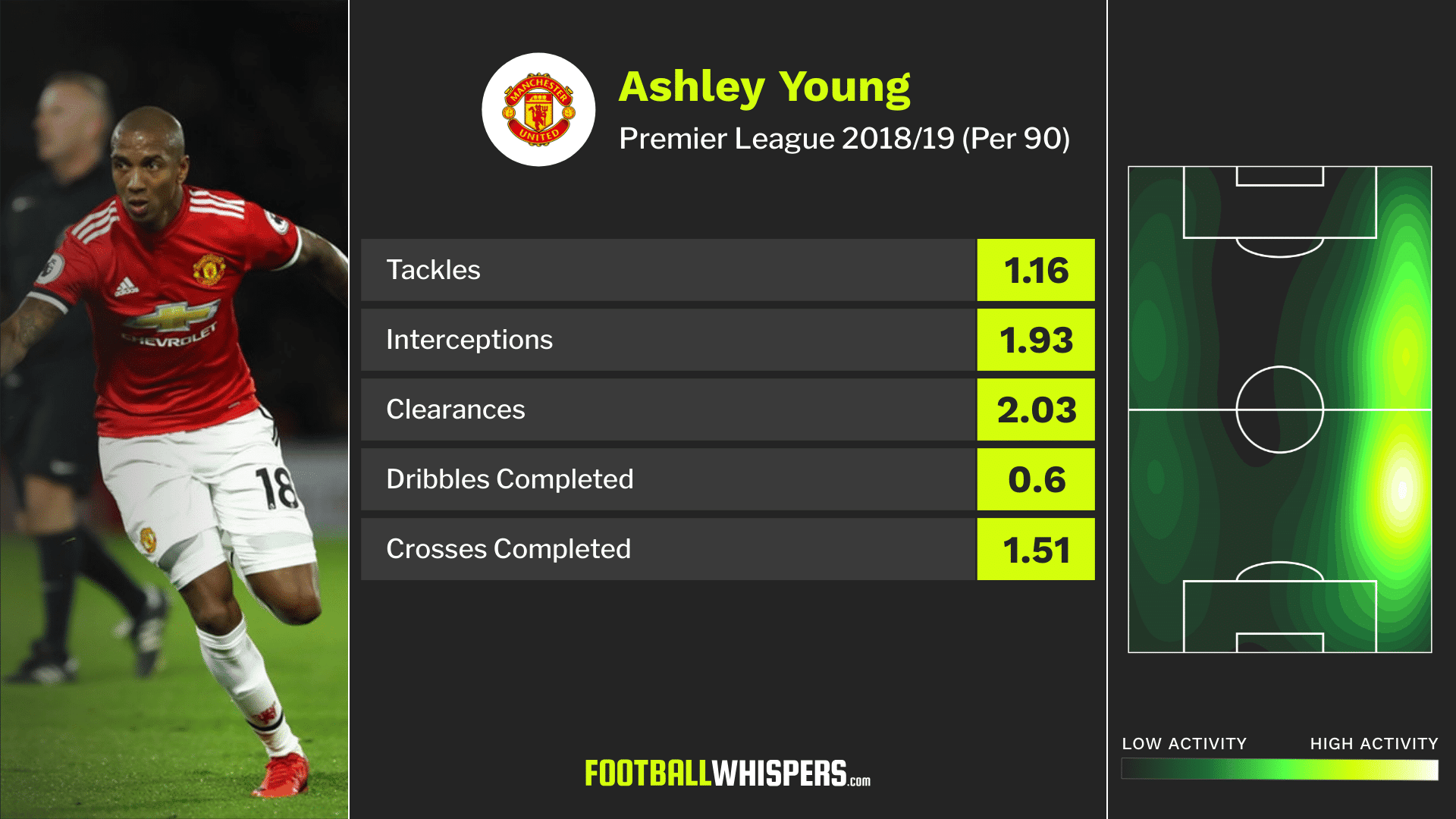 Recent reports have suggested Ashley Young will be named as United captain next season but this doesn't mean he's going to be a guaranteed starter. He turns 34 in July and his minutes will have to be managed. His versatility makes him an important squad member for Solskjær but the Red Devils need a long-term replacement for the former Aston Villa man.

To say United's defence is busy would be an understatement. Of the teams who finished in the top ten during the 2018/19 campaign, only West Ham United conceded more goals than the red half of Manchester.

Young, who made 30 appearances in the English top flight last term, had a key role in the United backline. He averaged 3.09 tackles and interceptions per 90 last term, as well as chipping in with a further 2.03 clearances.

It's clear any potential replacement will have to be comfortable defending. As strange as it sounds, it isn't something all modern-day full-backs are good at doing. It narrows down the potential pool.

João Cancelo and Thomas Meunier have been mentioned. Both are considered two of the best in Europe, but both play for dominant teams with very little defending to do. If they're having to adapt their game to fit in with what United need, simply put, they just aren't going to be as good. Why spend big on a player like that?

The Red Devils need a player who is used to being busy. A player used to having to defend but one who is also a threat going forward. They need to have ability on the ball, not just composure under pressure but the skill to carry it forward. 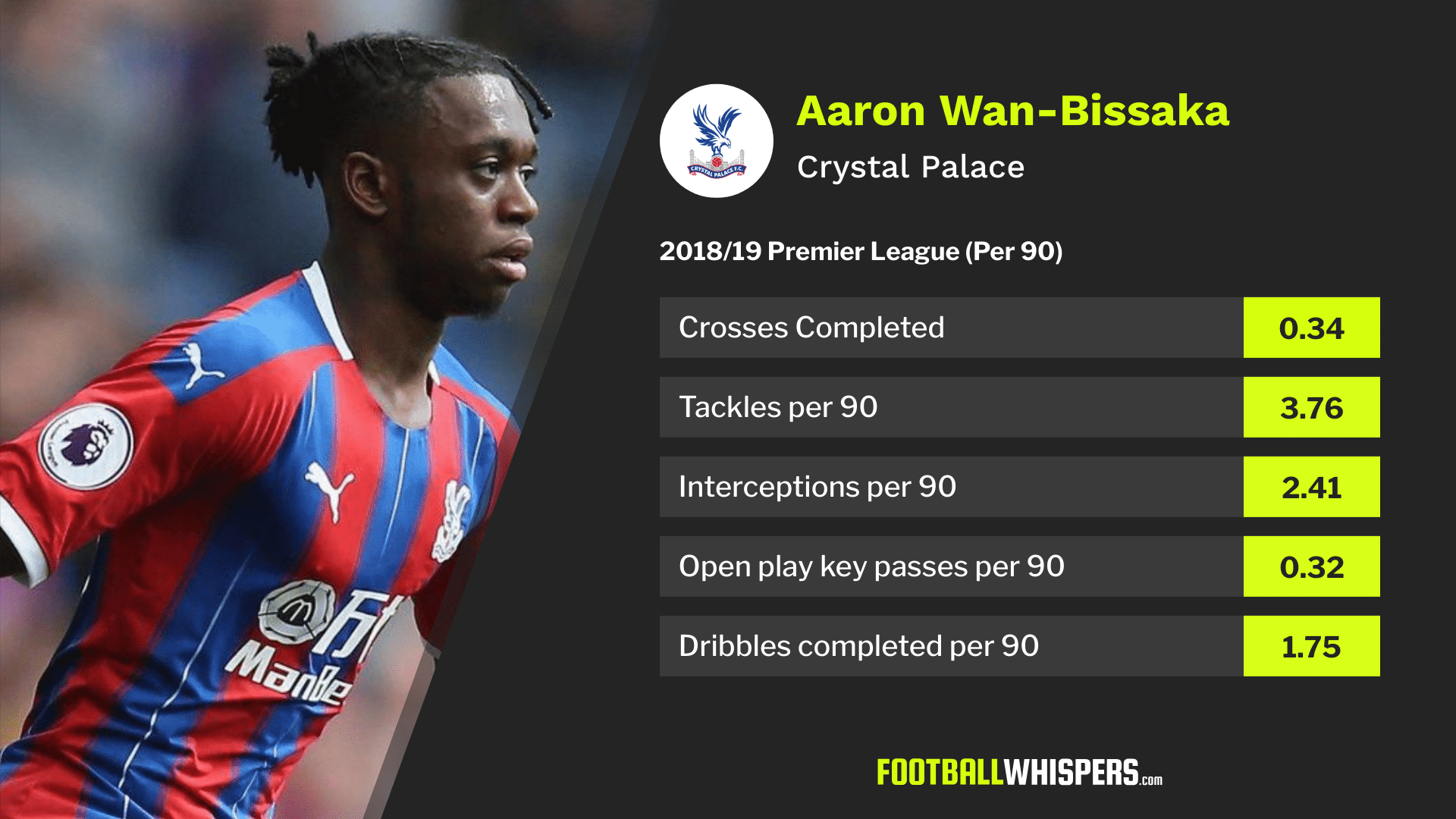 United and Palace play a similar type of style. They both look to get the ball forward as quickly as possible, with Solskjær’s men looking to hit , Marcus Rashford and Anthony Martial while the Eagles look for Zaha and Andros Townsend.

There's not a reliance on their full-backs to play out from the back. Unlike at Man City, they aren't tasked with tucking into the midfield. They're as close to stereotypical full-backs as can be.

Wan-Bissaka has years to hone the attacking side of his game. What is important now is whether or not he's defensively solid. In that sense, the numbers speak for themselves. He's switched on and intelligent, with both of these traits being highlighted in his tackles and interceptions per 90 averages.

People often use tackles as a way to show how good a defender is. In reality, this isn't what that particular stat reveals. 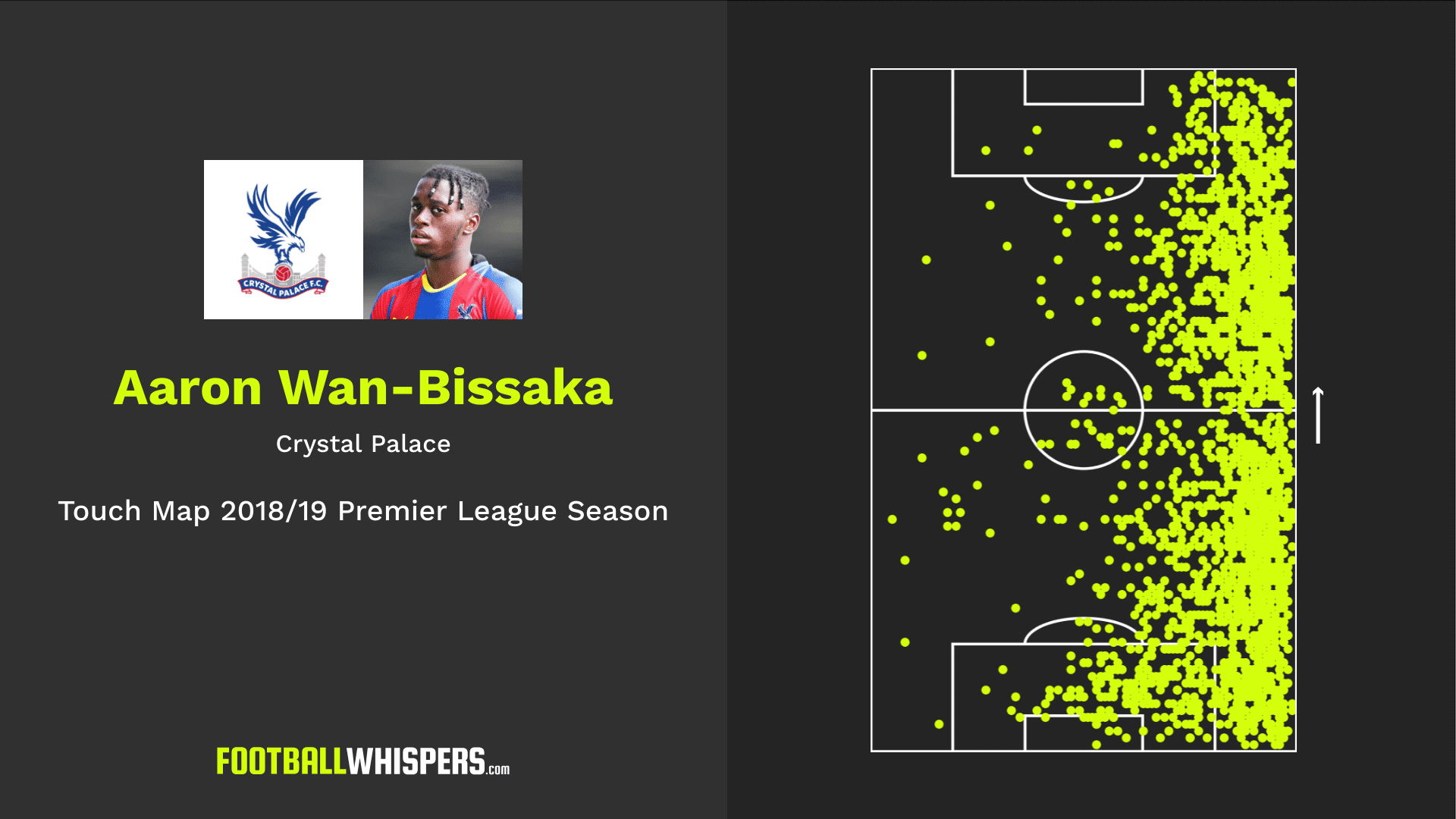 It hinges on the system they're being deployed in and how busy that particular team is in the defensive third. So while these stats don't show Wan-Bissaka is a world-class defender, they do show he's adept at both tackling and positioning himself to make interceptions. Two traits a current United full-back needs to have.

He completes 1.75 dribbles of the 2.58 he attempts, a decent success rate. The 0.75 key passes per 90 suggest he does have the vision to play such balls but it isn't a requirement, at least not in the team he's in right now. With more attacking options ahead of him, that should swell.

The touch map above shows he tucks inside, too, suggesting he's able to cover his centre-back and track runners as and when is necessary.

Wan-Bissaka is someone who can do what Ashley Young already does but better. He has a huge ceiling and looks set to battle it out with Trent Alexander-Arnold for a starting berth at right-back for England for the next decade.

United won't find a better right-back perfectly suited to their needs from the off. Not with Premier League experience, the ability to make an immediate impact and with the potential to improve.