Wales secured an important win over Belarus at the weekend and are now just a point behind Czech Republic in Group E with two games in hand. Estonia followed up their third straight World Cup qualifier defeat with a 1-0 loss at home to Northern Ireland, not exactly the best preparation ahead of a tricky midweek trip to Wales.

We're backing there to be goals in this game given some of the recent results these two countries have produced. Over 2.5 goals have been scored in two of Wales' last three outings, including a 3-2 win in Belarus at the weekend. Estonia played out a 5-2 defeat at home to Belgium last weekend but did manage to record a 2-1 win against Latvia in the game before, so you can see why we're confident that there will be goals in Wednesday's clash.

Wales scored three goals in Belarus thanks to a hat trick from Gareth Bale and we're backing the home side to score at least three goals against Estonia on Wednesday. The visitors conceded five goals in their own backyard against Belgium last week and while Wales might not have the same quality of squad as the Red Devils, bale and co are more than capable of putting at least three goals past this Estonia side.

In terms of a final scoreline, we're predicting a 3-1 win for Wales. Wales scored three goals against Belarus at the weekend but also conceded two goals in that game, while the hosts have also only kept two clean sheets in their last six attempts. Both teams have scored in two of Estonia's last three outings and the visitors have only failed to score in two of their last six international matches.

All you need to know ahead of Wales vs Estonia

Wales expected to secure all 3pts

Wales might have had some key players missing from their squad that made the trip to Belarus at the weekend but that didn't stop them from securing all 3pts. Gareth Bales converted two penalties in Belarus and then netted a stoppage-time winner to hand Wales a crucial victory in the race to qualify for Qatar 2022. The hosts will once again have to put in a performance without being able to call upon Ramsey, Roberts, Brooks, Moore, Lawrence or Robson-Kanu this week but like we said before the Belarus game, if you have Bale in your side then you always carry a threat.

Despite losing 1-0 against Northern Ireland at the weekend, this Estonia side does have goals in it as they proved during their 5-2 defeat against Belgium. Zenjov has 13 international goals to his name and fellow forward Anier has 17 goals for his country, while midfielder and captain Vassiljev has netted 25 times in 133 appearances for Estonia. While we are execting Estonia to find the back of the net against Wales, we believe that the home side will have too much quality for the visitors to handle. 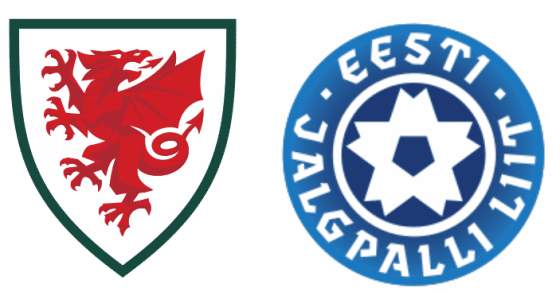