After putting in a decent display but losing their opening qualifier in Belgium, Wales will be aiming to get their first points of the World Cup qualifiers on the board at home to Czech Republic. The Czech Republic have secured 4pts from their opening two matches and Wales are going to have to be at their very best to win this one. Read on for our predictions for Wales vs Czech Republic.

Our Top Three Tips for Wales vs Czech Republic

Wales have played host to Czech Republic twice before and on each of those occasions, they have secured a point. Wales have also claimed three wins and a draw from their last four home games in all competitions, while Czech Republic have lost two of their last three on the road.

Under 2.5 goals have been produced in two of the three previous meetings between Wales and Czech Republic, both of which ended in 0-0 draws. Four of Wales' last six outings have produced under 2.5 goals, while five of Czech Republic's last six matches have seen two or fewer goals scored

Wales vs Czech Republic: The Stats and Odds

Can Wales secure their first points of the qualifiers?

A solitary goal from Kieffer Moore handed Wales a 1-0 friendly win over a strong Mexico side on Saturday, providing the perfect preparation ahead of Tuesday's clash with Czech Republic. Chris Gunter became the first outfield Welsh player to reach 100-caps in that friendly, a fantastic achievement for the man now plying his trade at Charlton Athletic. Gareth Bale remains the main creative and scoring force in this Wales squad and if he puts in one of his better performances, then Wales will be in with a great chance of securing their first win in the qualifiers.

Czech Republic have started the qualification process really well, beating Estonia 6-2 away and then securing an impressive point at home to Belgium courtesy of a 1-1 draw. However, the visitors have lost two of their last three away games 1-0, against Germany and Scotland, and will be expecting a hard-fought 90-minutes on Tuesday. Tomas Soucek provides a goal threat from midfield, while Michael Krmencik and Patrik Schick are both natural goalscorers up-front and Wales will have to cut off their supply in order to take anything out of this game. Czech Republic are a very dangerous side and are yet to lose in the qualifiers, which is why we have backed a double chance bet on Wales rather than going with an out and out home win.

FAQ about Wales vs Czech Republic 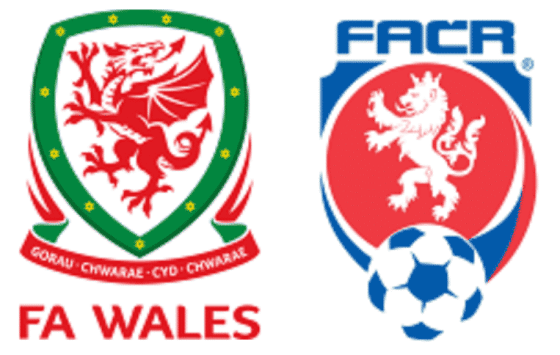