Belarus already have no hope of making the Finals but they could have a huge impact on who does. Wales are currently outside of the qualification spots but with a game in hand so hold the power. Can they get a valuable three points? Find out with our Wales vs Belarus match preview with free tips, predictions and odds mentioned along the way.

Wales vs Belarus: Our top tips

Wales will only win by 1

We kick off our predictions with arguably a huge shout but we think this match will see Wales win but only narrowly. The Welsh side aren't in great form having won just three in 10. Belarus have lost eight of their last 10 games winning one and drawing the other. That form guide gives Wales a clear edge but the head to head history shows they don't exactly blow Belarus away. They've won four of the last five meetings between the sides but never by more than the solitary goal.

Our next tip for this game comes in the shape of an under 2.5 goals prediction. Wales have come up short of the 2.5 goals mark in three of the last five whilst their game average in that period is just 2.0. Belarus meanwhile might be on a long losing run but they're rarely beaten out of sight; four of their last five games have been under 2.5 goals. Two of the last three head to head games have also fallen short of the 2.5 cut off. Given all of that and the fact Belarus' best chance of a result will be by frustrating Wales an under 2.5 prediction is where the value sits.

We've just made an under 2.5 goals prediction and, as part of that, we expect Belarus to blank. Wales have kept clean sheets in three of their last five games including their last outing. Belarus meanwhile have been lacklustre in front of goal for a while. They've failed to score in five of their last seven games including recording blanks in the last three. On top of the recent problems in front of goal, Belarus are also the lowest scorers in the group.

Find the best odds for Wales vs Belarus

Wales arrive in this match under huge pressure given they need a result to get back in the qualification spots but they will have a passionate home crowd behind them. Gareth Bale could well be in the starting XI too, which will give the whole place a massive lift. For Belarus, it's very much about playing for pride. Scoring goals has been a problem for the visitors with Vitali Lisakovich their top scorer in qualification with three goals. At the back, Nikita Naumov will be hoping to marshal his defence to a solid performance.

FAQ on Wales vs Belarus 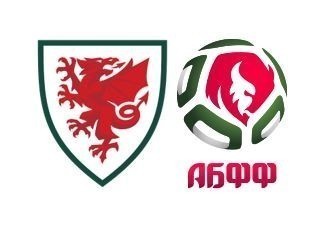