Wales lost last time out and will want to avoid a second negative result in a matter of days as they face Albania in their final warm up match ahead of the delayed Euro 2020 finals. Can they get back to winning ways here? Find out with our Wales vs Albania match preview with free tips, predictions and odds mentioned along the way.

Wales vs Albania: A trio of top tips

We kick off our predictions by backing under 2.5 goals. Why? Well, for starters, six of Wales' last 10 games have come in under 2.5 and they have failed to score in four of their last ten games at all. Then you have the fact they've struggled with scoring goals full stop; they have only scored more than one goal in one of their last 10 matches. Albania have also had their fair share of low-scoring games as seven of their last 10 have seen less than three goals scored. Then there is the head to head record; the Wales and Albania have met three times in the last thirty years with all of them seeing a maximum of three goals. Why will that change now?

Despite the lack of goals, Wales have enjoyed some good form of late; they've lost just three of their last 10 games. It's fair to point out that those three losses were against France, England and Belgium; they are three of the top teams in the FIFA rankings. Albania though will be high on confidence too having won five of their last six. The break in that winning run was a loss to England. As mentioned in our first prediction, Wales and Albania have met three times and it is hard to separate them; there has been one win each and a draw. With Wales likely to have one eye on their upcoming Euro fixtures we think it could end all square; the double chance odds means there is still good value in covering an Albania win as well though.

Wales have scored in five of their last six games, they've scored exactly one goal in those five games. Albania have also been consistent in terms of scoring goals, they've scored in five of their last six games, although Albania have averaged two goals per game in that six game stretch. Wales don't concede many though; they've had six clean sheets in their last nine games, so it'll be difficult for Albania to score more than one goal. With both elements considered we're plumping for a 1-1 draw.

Wales vs Albania: Check out the most attractive odds

An opportunity for both sides to gain confidence

Wednesday nights 3-0 loss to France will have knocked Wales' spirits ahead of the European Championships but a match against a side significantly lower in the FIFA rankings is an opportunity to bounce back. Wales boast obvious quality in their squad with the likes of Gareth Bale, Daniel James and Aaron Ramsey. Albania are no mugs either though and their centre half pairing of Marash Kumbulla and Berat Djimsiti – both who play in Serie A – will take some breaking down. Going in the other direction, Myrto Uzuni might be worth watching; he has four goals in his last five. 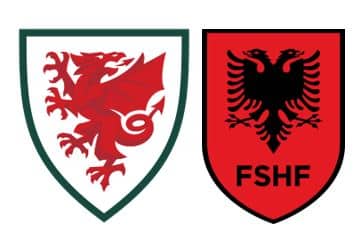