Third top vs second bottom should only end in one result but will it? Find out with our WAFA vs Bechem United match preview with free tips, predictions and odds mentioned along the way.

An opportunity missed for Bechem United

Bechem United have been a difficult team to beat this season; they've lost just five times in 30 league games and no team has fewer losses in the Premier League. That said, they have drawn more games than every other team this season and, as a matter of fact, each of their last five league games ended in draws. Like Bechem United, WAFA have had their fair share of draws; they've drawn 10 of their 30 league games so far, including two of their last three games. It's important to point out that both teams have no wins in their last five respective league games; and considering the reverse fixture of this clash was a goalless draw, we should expect these teams to be level at the end of this match.

WAFA have conceded a lot of goals this season; they have no clean sheets in their last seven games, having conceded exactly two goals per game in that seven game stretch. Conversely, WAFA have scored their fair share of goals recently; as they averaged exactly one goal per game in their last six games. Like WAFA, Bechem United have scored and conceded a lot of goals this season; they found the net in nine of their last 10 games, whilst keeping just two clean sheets in their last eight games. Both teams scored in six of Bechem United's last eight games; and on that note, we believe there will be goals from both sides.

This weekend could be a huge one for Bechem United. As they travel to WAFA, who are battling away near the bottom, they know a win could leave them well and truly in the mix for the title with the current top two – Asante Kotoko and Medeama – facing off at the same time.

WAFA have been one of the worst teams in the Premier League this season; they are second-last, with just six wins in 30 league games. WAFA have no wins in their last five games, and just one win in their last 10 games; they'll hope to halt their unwanted streak by beating Bechem United.

Bechem United have been going through a rough patch lately; they've managed just one win in their last seven games across all competitions, with five draws and a loss. To be fair, Bechem United are unbeaten in their last six games, as they've drawn five of those games; they'll fancy their chances of taking all three points against a struggling WAFA side.

A quickfire FAQ on WAFA vs Bechem United 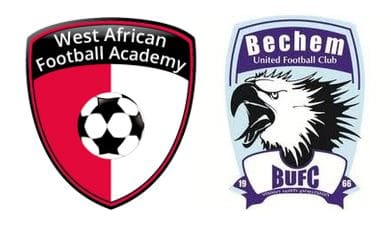