Top free betting tips and odds for VPS vs Honka

VPS demolished HIFK in their last Veikkausliiga outing, claiming an impressive 1-5 win on the road. Now back in their backyard, they will want to bring Honka back to earth.

Both VPS and Honka enter this fixture on the back of two successive wins. VPS have the best scoring record in the league while Honka boasts of the second-best defensive statistics while also scoring freely. As they meet in Round 12 at the Elisa Stadion, we believe they will be cancelling out each other's efforts and sharing the spoils.

VPS and Honka have a game in hand over their league rivals. Despite playing fewer games, they find themselves at the top of the scoring charts. The hosts' are leading with 21 strikes while Honka has three fewer with 18 goals to their name. Honka's defence can put up a fight but it should not be enough to keep their rivals at bay. Expect goals at both ends of this pitch as they fight for scoring dominance in Veikkausliiga.

VPS vs Honka: Check out the best odds and the latest stats

VPS vs Honka: Check out the team lineups

The move up from Ykkönen has not been troublesome for VPS. The Vaasa-based entity are scoring freely but it is at the back where Jussi Nuorel's men have been found wanting. If they could get their backline issues in check, a post-season in the Championship Group is forthcoming.

After finishing last season in 9th place, Honka has shown the desire to improve. They stand in third place but are out of title contention with KuPS and HJK six points in the lead. However, they can cut it down to three points if they can earn their fourth away win against VPS.

Questions About VPS vs Honka 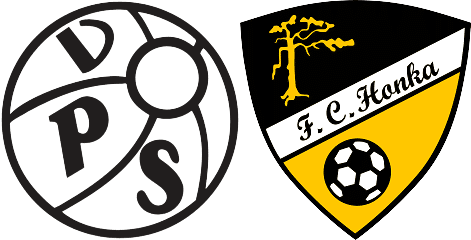 Where is the game being played? Elisa Stadion (Vaasa).