Tottenham top Group G of the Conference League with 4pts from their opening two matches and this week they make the trip to the Netherlands to fae 3rd placed Vitesse. The Dutch club have 3pts on the board but head into this game as the underdogs, despite having the home advantage.

Here are our predictions for Vitesse vs Tottenham.

Tottenham are yet to lose in the Conference League this season and Harry Kane is the joint-top goalscorer in the competition as things stand, so you can start to see just why we're backing a Spurs win on Thursday. Vitesse have lost two of their last four home games in all competitions, while Tottenham have won their last three games in league and cup.

We're backing both teams to score in this game as neither of these two teams have a good clean sheets record of late but they have been scoring goals on a regular basis. Both teams have scored in four of Vitesse's and five of Tottenham's last six matches in all competitions, with Spurs failing to keep a single clean sheet during that period.

Harry Kane has scored 5-goals in European competition this season and at the weekend he got off the mark in the Premier League with a delightful lob against Newcastle. We're backing Tottenham and England's captain to get on the scoreboard against Vitesse whether he comes off the bench as he did against Mura or if he starts the game.

Everything you need to know ahead of Vitesse vs Tottenham

Tottenham to continue unbeaten run in the Conference League

Vitesse claimed a 1-0 win at NEC on Sunday and moved into 6th position in the Eredivisie table. The form of Thursday's hosts has been hit and miss of late with the Dutch club securing three wins, one draw and two defeats from their last six matches in all competitions. Vitesse are going to have to be at their very best to get anything out of this game, especially after they lost their last home game in Group H against Rennes 2-1.

Tottenham made it three wins on the run as they beat Newcastle 3-2 at St James' Park on Sunday. Harry Kane finally got off the mark in the Premier League against Newcastle but is already looking near his best in European competition. We expect Kane to play some part in this game even it is from the bench or if he is taken off after an hour to keep him fresh for Spurs' next Premier League game, either way we are confident Kane will make an impact against Vitesse. 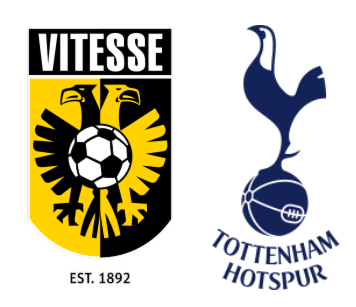