As he headed in the opening goal against Tottenham Hotspur on Wednesday night, Southampton defender Virgil van Dijk’s potential price tag rose yet further. The Dutchman went on to endure a night he’d rather forget, as the Saints were on the wrong end of a 4-1 scoreline at St. Mary’s stadium, but his status as the most wanted defender in the Premier League remains intact.

Reportedly a target for Manchester City, Liverpool and Chelsea, van Dijk has rapidly risen to the point where he has become widely regarded as one of the finest centre-backs in the country over the last 18 months, and is supposedly seen as the cure to myriad defensive maladies within the Champions League-chasing clubs. 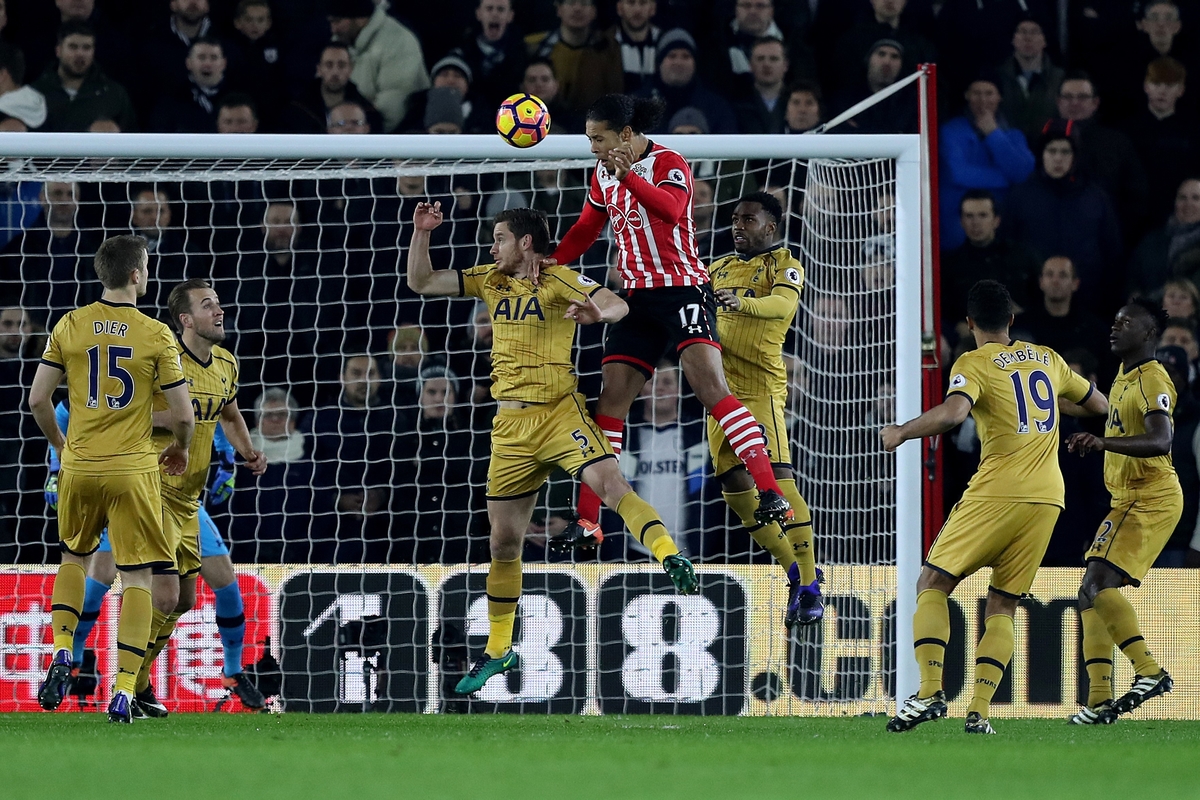 Signed from Celtic for £13 million in the summer of 2015, the 25-year-old so impressed at Southampton last term that he was voted the club’s player of the season and rewarded with a bumper six-year contract as the campaign drew to a close.

With the current dearth of top-class defenders across the Continent, van Dijk’s status as a big fish in the comparatively small Southampton pond has alerted the Premier League’s elite clubs to his vast quality and potential. The south coast side will be determined to hold on to their prized asset through January and beyond, but with talk of bids reaching as much as £55 million, their resolve to maintain their grasp on the 12-cap Dutch international will be well and truly tested.

Van Dijk got his start as a professional footballer at Eredivisie side Groningen back in 2011. His technical ability allowed him to fill in as an emergency striker on his debut for the Dutch club, but he soon established himself as one of the most promising centre-backs in the division.

Former Rangers midfielder Pieter Huistra was in charge of Groningen at the time, and he recently told Sky Sports that the young defender’s ability was never in doubt, but his work rate and application initially left a lot to be desired. “You have to give your best every day,” Huistra said. “He was too easy. Sometimes he’d train hard, other times he’d train at 50 percent or 60 percent. I tried to teach him that this was the biggest thing he had to improve.” 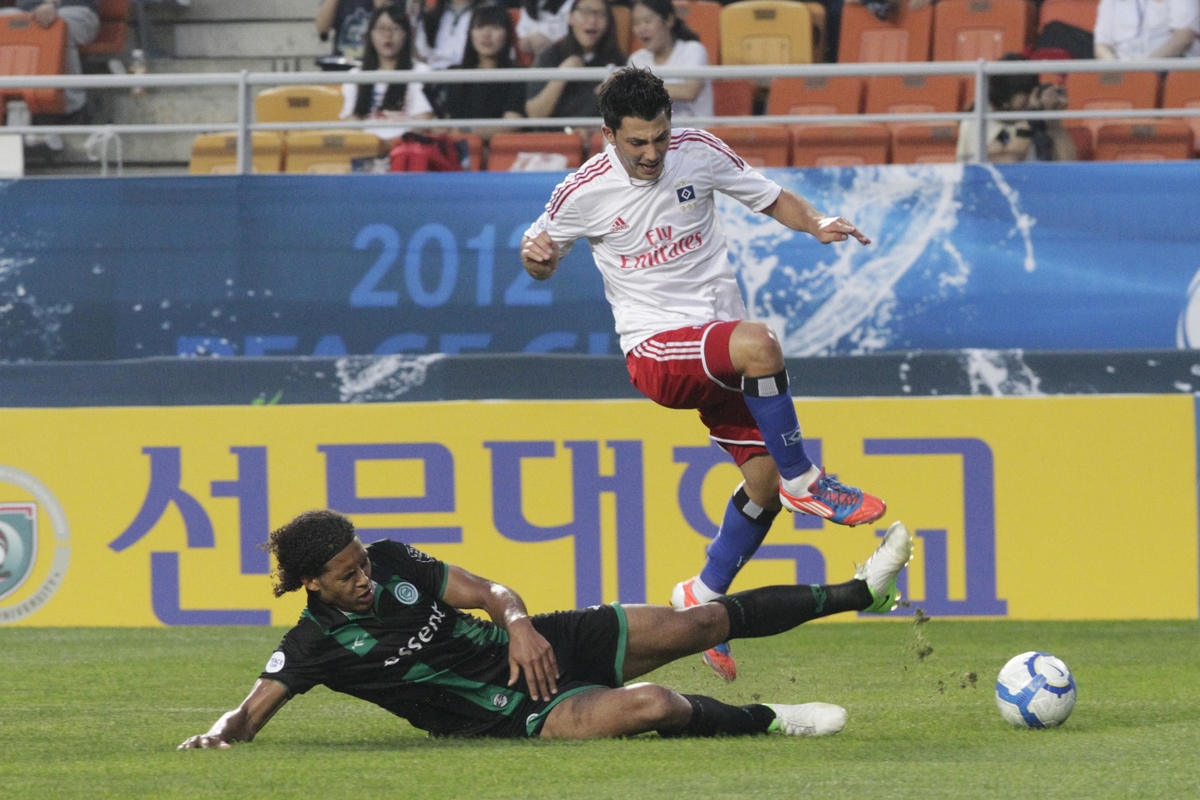 If the game came easily to van Dijk back then, the effortless way he glides around the pitch for Southampton makes him appear even more at ease now. Equal parts physical, technical and graceful, the former Celtic man has the makeup of the ideal modern-day centre-back.

If you were to draw up a blueprint for the prototypical modern defender, the prominent attributes will likely be pace, accurate vertical passing ability, strength, leadership and flawless timing – you’d be describing Virgil van Dijk. So it’s easy to see why he is attracting interest from a host of the country’s most ambitious and high-achieving teams.

Of the pack of sides chasing the Southampton man’s signature, Manchester City are perhaps in the greatest need of his services, with defensive instability having cost Pep Guardiola’s side dearly in recent weeks.

With an 84 percent pass completion rate, van Dijk finds a team-mate marginally less often than either of City pair John Stones (91 percent) and Nicolas Otamendi (86 percent). However, the Dutchman has played significantly more forward passes – 681 to Stones’ 494 and Otamendi’s 609 – and made more key passes (five) than either City man. 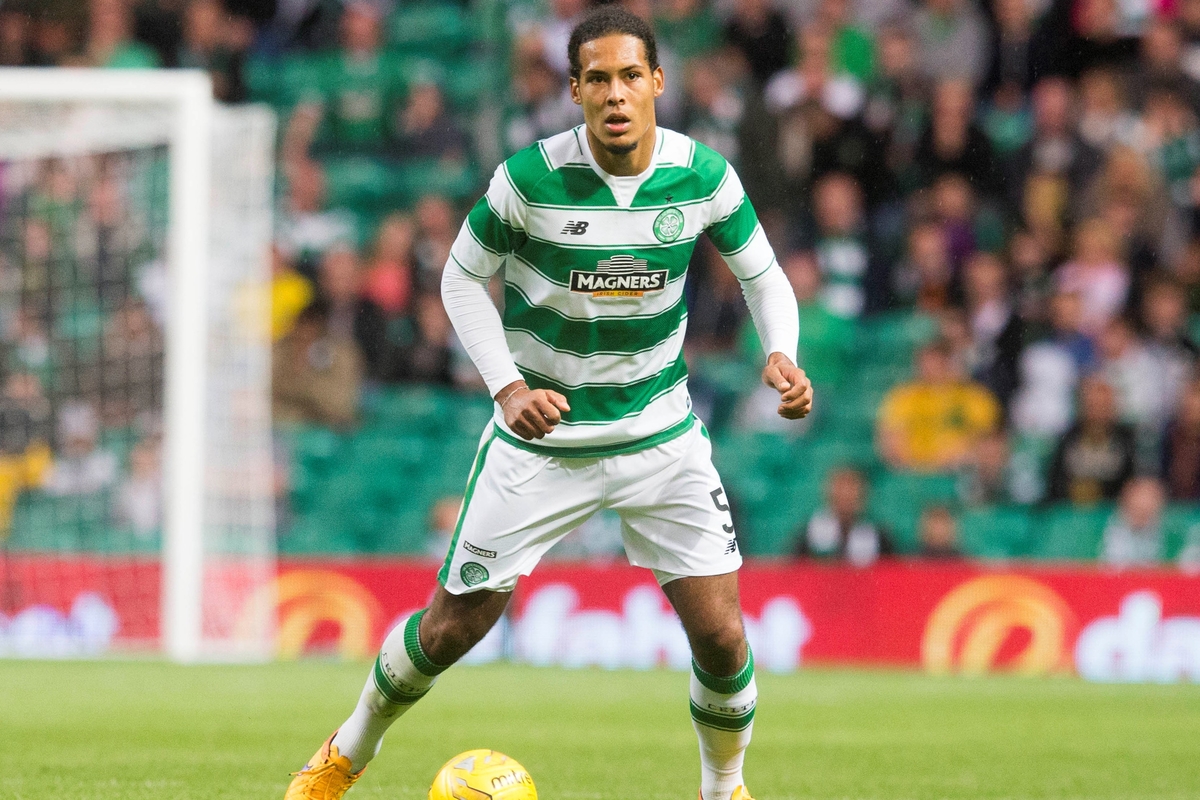 Unsurprisingly, van Dijk has made fewer defensive errors (one) than Stones (two), and none which have led directly to the concession of a goal, unlike the £47.5 million England man. The former Celtic star has also made more interceptions than the Etihad duo, having nicked possession 47 times this season – Otamendi is closest to him with 39.

If City were able to prise van Dijk away from St. Mary’s in January, Guardiola’s men would immediately become more adept at dealing with aerial balls, as the Saints centre-half has won 77.4 percent of his aerial duels so far this term, compared to Stones’ success rate of 57.1 percent and Otamendi’s 62.5 percent.

Although they have outscored everyone in the division, Liverpool have also shipped more goals than any other top-six team, so it stands to reason that they’d be in the market for a defender of van Dijk’s undoubted calibre.

The Dutchman’s arrival at Anfield would have a similar impact of Liverpool’s vulnerability to crosses as his addition to the City line-up, as Jurgen Klopp’s first-choice defensive pairing Dejan Lovren and Joel Matip have won 64.5 percent and 57.1 percent of their aerial duels respectively.

He has also made more interceptions than the Liverpool pair combined – Lovren and Matip have together intercepted possession on 45 occasions this season. And, like with the City defenders, van Dijk’s pass completion rate is a touch lower than Lovren and Matip, who have picked out a red shirt with 85 percent and 87 percent of their attempts respectively, but neither can match the Southampton man’s key passes total. 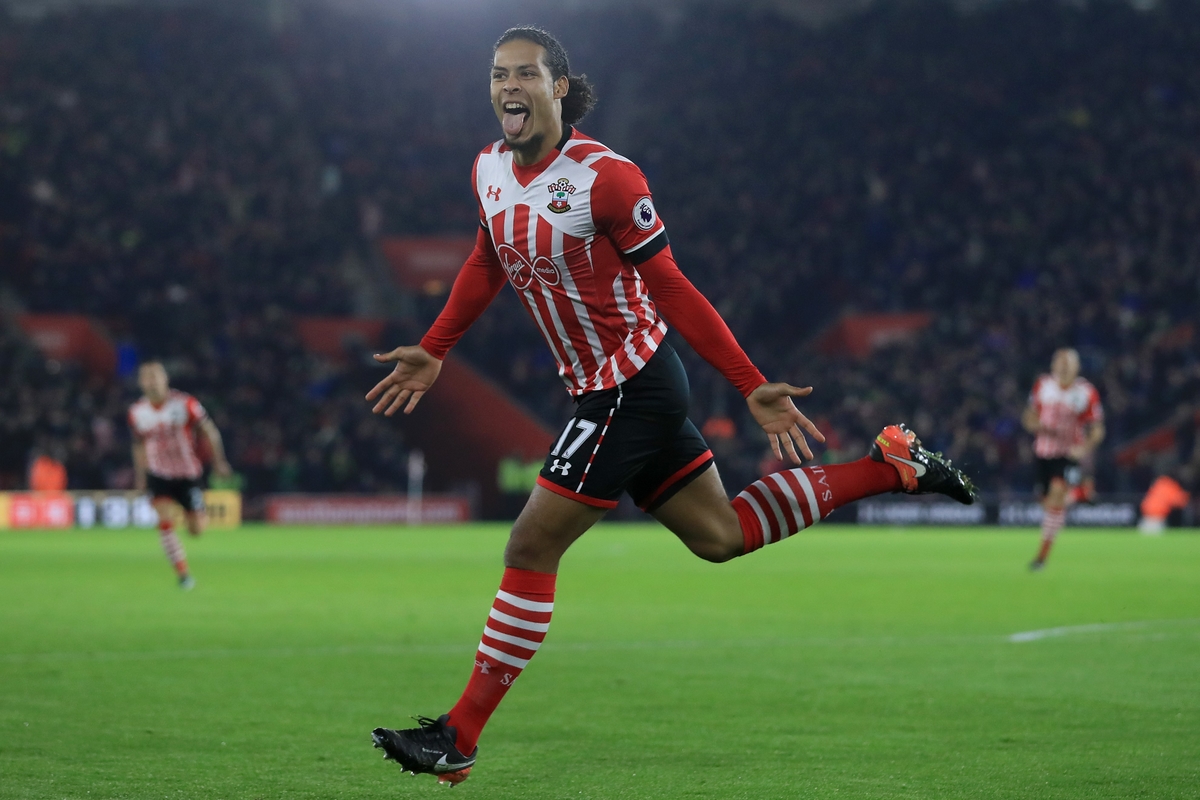 Chelsea’s reported interest in van Dijk is perhaps the most surprising, as Antonio Conte’s men are currently riding a 12-match winning streak in which their back three has conceded just two goals. So would the 12-cap Oranje defender be an improvement on any member of the Blues’ established rear-guard trio?

Cahill and Azpilicueta both have an 88 percent pass accuracy and the Spaniard has even made more key passes (nine) than van Dijk. But the Dutchman’s 84 percent pass completion sees him level with Luiz, who has made one fewer key pass, while Cahill has only two key passes to his name this term.

Cahill has also made two defensive errors – both of which led to a goal – and van Dijk has again made more interceptions than any of his potential positional rivals at Stamford Bridge, with Azpilicueta’s 38 interceptions making him the next best in this category.

So it seems clear that all of the top sides chasing his signature would benefit greatly from having the 25-year-old ex-Groningen player in their backline – even high-flying Chelsea.

Having shone at Southampton over the last 18 months, and with a sky-rocketing market value, Virgil van Dijk’s future is shaping up to be one of the most interesting stories to follow in the January transfer window.