When Tottenham Hotspur confirmed the £17 million deal that saw Vincent Janssen join from AZ Alkmaar last summer, it was deemed as a coup at the time. Fending off interest from French champions Paris Saint-Germain to land their man.

The Dutch international was signed to provide back-up for Harry Kane and push the Englishman for the starting spot. It seemed the perfect deal, a young, hungry forward who could still blossom into a top option for Mauricio Pochettino.

However, after his first season in North London and a return of just two goals in 24 Premier League appearances, Spurs must feel they haven't enjoyed a good return for their investment and now must decide if they should kept faith, or look for a new striker this summer.

In the past, signing players from the Eredivisie had proved fruitful for Spurs. Jan Vertonghen and Christian Eriksen were acquired from Ajax – in 2012 and 2013 respectively – for a combined total of around £21million. There's no doubt that the pair have become key players for Pochettino's team. There's no way you'd be able to sign either of them for that combined price in the current market.

Even centre-back Toby Alderweireld, although signing from Atlético Madrid in 2015, came through the ranks at the famed Ajax academy. Spurs Argentine boss could, then, be forgiven for thinking that a powerful, 6ft tall, lethal finisher who’d just bagged 27 goals in 34 games in the Dutch top flight for AZ Alkmaar would be a good addition to his side.

It was clear for everyone to see, there was an over-reliance building on Kane's shoulders, and Spurs needed someone to keep the 22-year-old on his toes, but not a player who would expect to start every game.

Known as a PSG transfer target. The Parisians wanted Janssen to do the exact same job behind Edinson Cavani and with Unai Emery incoming, the AZ star ticked all the boxes in terms of what they wanted too. If the Ligue 1 champions were genuinely interested, surely that backed up the pedigree of the young forward.

Confidence is everything for a striker, and a slow start to Janssen's Premier League life didn't help and under the microscope of the English media and expectant fans, the pressures of not finding the net began to snowball.

It took him seven games to score his first competitive goal in England football. Nothing to write home about, a penalty in a routine 5-0 victory over Gillingham in the EFL Cup wouldn't have relieved much stress from his shoulders.

Rather than show his sharp instincts and ability to finish from all types of different positions, the lethal Dutchman was reduced to scoring four of his six goals in all competitions from the penalty spot.

The Spurs faithful had to wait until March before they witnessed a finish from open play, but again, scoring in a 6-0 thumping of Millwall was nothing to write home about. The jury was still well and truly out.

Eventually, on April 15, Janssen found the net in stoppage-time as Spurs beat Bournemouth 4-0 at White Hart Lane. That was Janssen's first Premier League goal from open play and it's safe to say his role at the club was already heavily reduced before that day.

Similar to when Michy Batshuayi wasn't picked for Chelsea when Diego Costa faced a spell on the sidelines, even Kane's absence for a month through injury didn't hand the Dutchman a lifeline.

Janssen would start just twice, with Pochettino preferring to bring Son Heung-Min into the starting XI and adapting the formation to suit.

Strikers will always and forever be judged on goals and goals alone. Your all-round performances do count, and as long as your team are winning, no one quite bats an eyelid. It's when things go awry, or results fall the wrong way that goal-records are brought up and used against you.

After the turn of the year, Spurs dropped 10 points in the march to try and catch Chelsea. Finishing seven points behind, the chances were there. 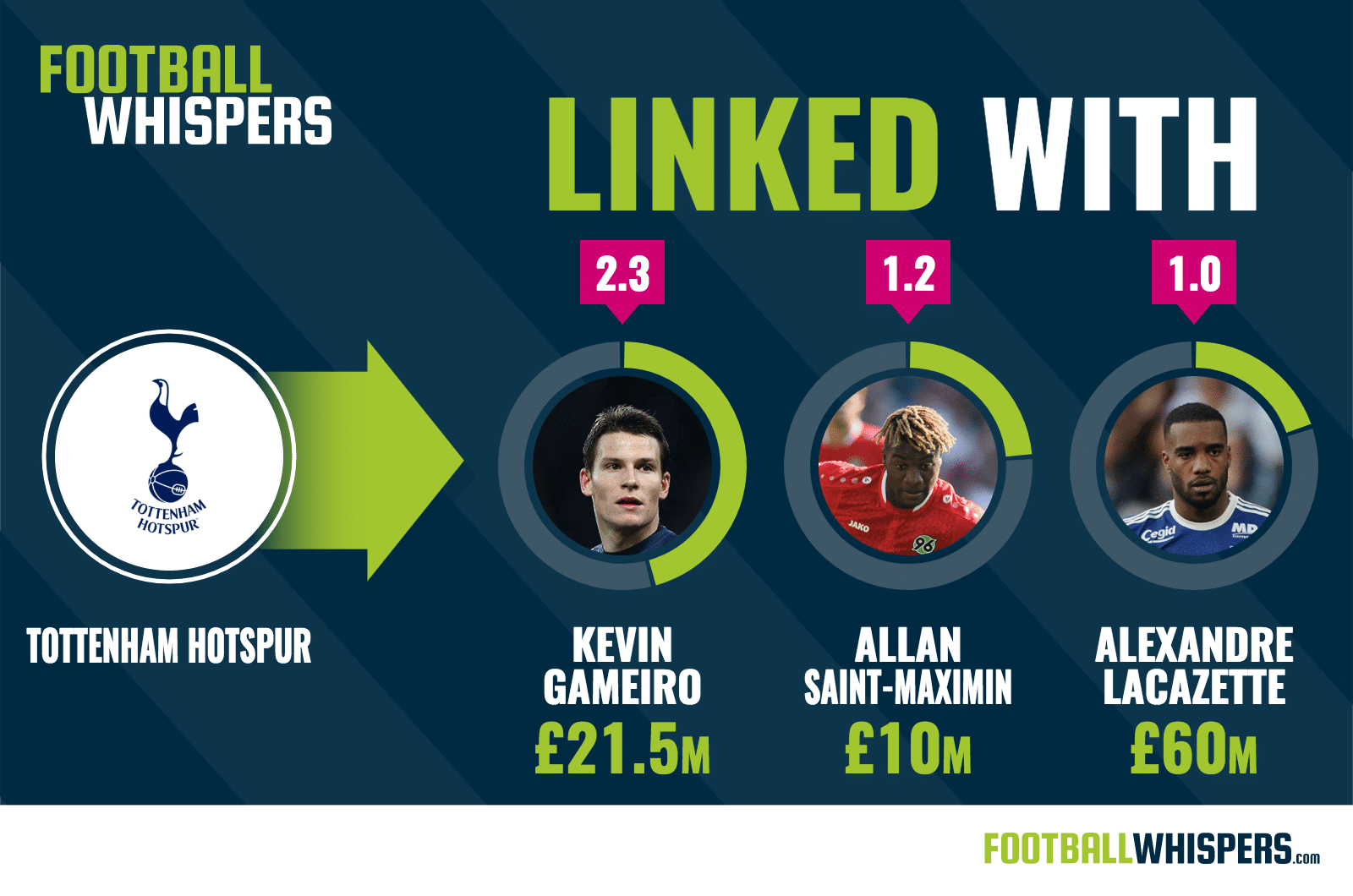 During those four games, the Dutchman only played 30 minutes. Reduced to around quarter of an hour off the bench. Unlike Batshuayi, who played a similar reduced role off the bench, Janssen was never able to make an impact.

What a hero he could have become if he could have contributed positively to the defeats to West Ham United and Liverpool, or the goalless draw away at Sunderland. Yet, five minutes off the bench at the Stadium of Light with the game locked at 0-0 demonstrates just how much his stock had fallen towards the end of the campaign.

A deadly and confident Janssen could have helped

Take away his lack of goals, his all-round contribution was actually statistically good. Completing 79.6 per cent of his passes is a higher rate than Kane, and just below the team average of 82.5 per cent. 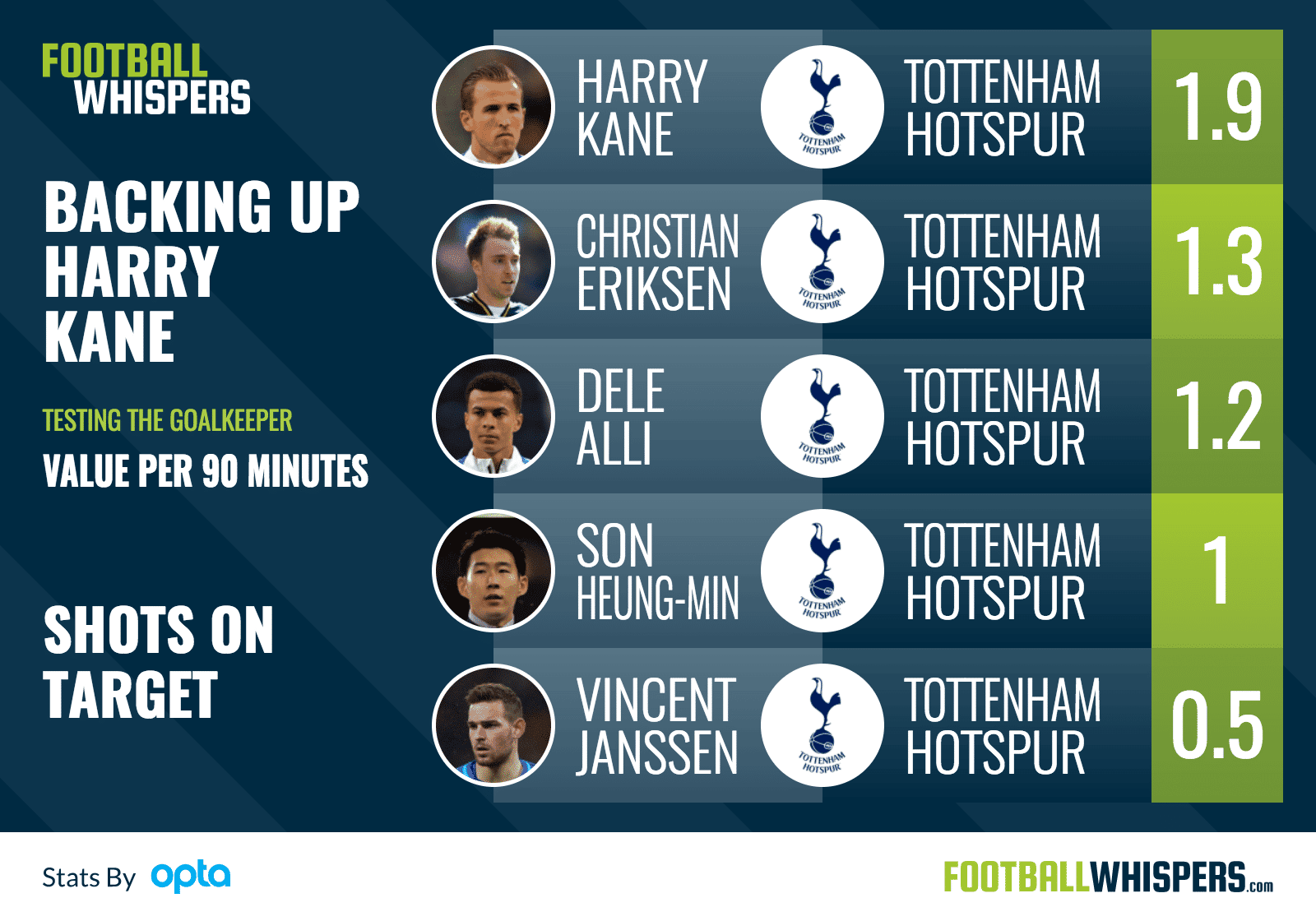 Faced with receiving the ball in tight spaces and having pressure all around, that shows a good touch, awareness and ability with his feet. Janssen even pipped Kane in terms of key passes, making 1.7 per 90 minutes compared to Spurs' top scorer adding 1.5.

Although struggling to find the back of the net, he knew where his team-mates where and how to find them.

With 24.3 passes per 90 to Kane’s 21.2, Janssen showed a willingness to involve himself in the team’s attacking play, linking well with Spurs’ buzzing forward players.

When you have the likes of Real Madrid transfer target, Dele Alli and Christian Eriksen cutting through the middle and the runs of Danny Rose, Manchester City transfer target Kyle Walker or Kieran Trippier coming from wide, you want a striker who can find them. Janssen did that part of his job very well.

Yet, the most damning of stats is the fact that only two of his 30 shots in the Premier League found the back of the net. One of which was from the penalty spot. Kane scored every 3.79 shots, finishing with 29 goals and as the league's top marksman. Janssen managed a goal every 15 shots.

Regardless of how you dress it up, that's just not good enough. 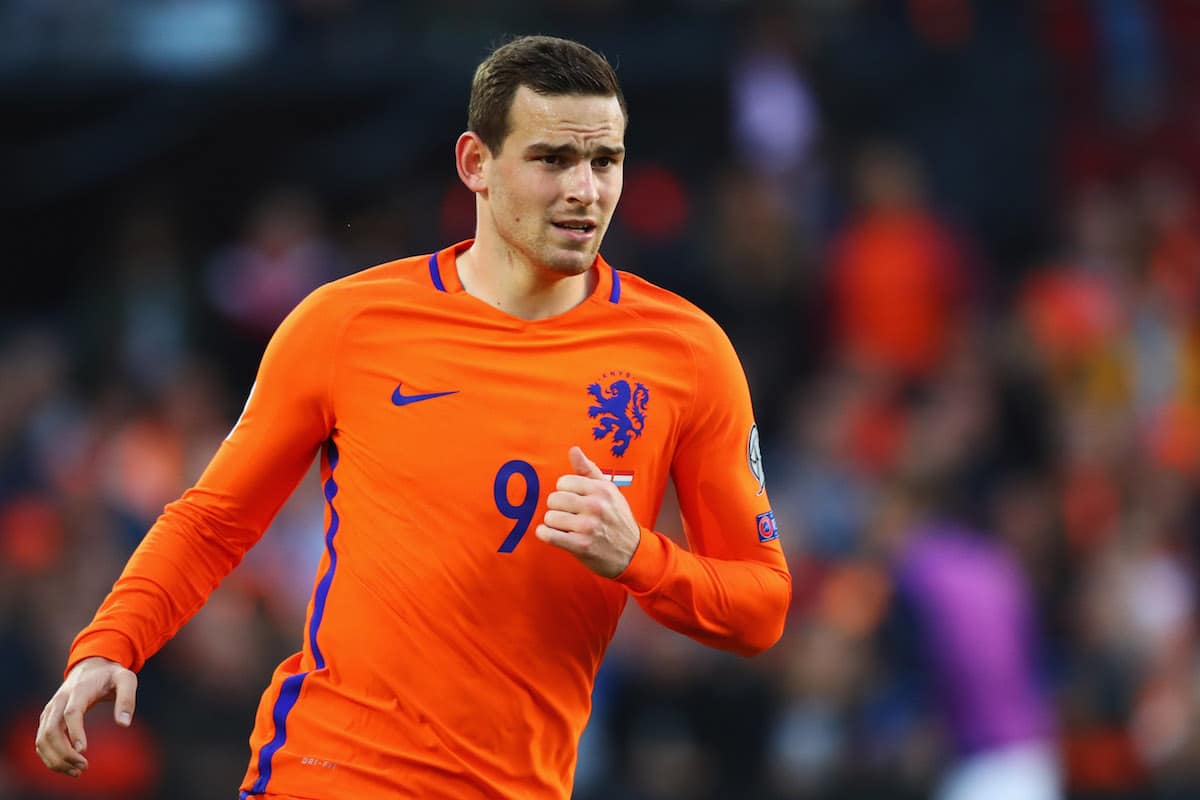 Even before the start of the 2016/17 campaign, no one was quite expecting Janssen to develop into another Kane and reach the same level, but the Dutch forward, capped 13 times and with seven international goals, had all the potential in the world.

Confidence is key, and that seems lost from all parties. The striker must be doubting his own ability, recently admitting he may have to look elsewhere to find increased first-team minutes.

“I initially found it difficult with my role as a substitute, sometimes sitting in the stands at Spurs, but I learned to deal with it.

“As a young player I had to compete with Harry Kane – the top scorer of the Premier League – arguably the toughest league in the world, and a striker who is performing remains in the team.

“That [my future] is a matter for after the holidays,” he continued. “I want the prospect of more playing time, but otherwise I’m now better keeping my mouth shut.

“I cannot say anything about that [a return to the Eredivisie] either. I keep all options open.”

Janssen's statistics show there is definitely a capable player in there somewhere, however, if the player, Pochettino and the fans have lost faith in his ability to find the back of the net in England, there's no room for complacency in the Premier League.

Spurs want to challenge for the title, and to do that, they need to look beyond showing compassion to Janssen. The needs of the many always outweigh the needs of the few.