Villarreal have do very well to get this far in the Champions League this season but many are expecting this to be the end of the line for the Spanish side. Bayern Munich are in fine form heading into the 1st leg against Villarreal and have won their two previous encounters against the Yellow Submarines.

Villarreal have lost three of their last five matches in all competitions and now go up against an experienced Champions League side full of top-quality players. Bayern Munich are unbeaten in their last six matches, winning four times and drawing twice, and head into this game having scored 4-goals in each of their last two matches. These two teams met in the Champions League back in 2011 and over those two games, Bayern won 2-0 away and 3-1 at home.

Robert Lewandowski has scored 12-goals in the Champions League this season, three of which have come from the penalty spot. We're backing Bayern's goal-machine to find the back of the net against Villarreal on Wednesday. The 33-year-old forward has netted 31-goals in the Bundesliga this season and continues to be one of the leading strikers in European football.

All you need to know ahead of Villarreal vs Bayern Munich

Can Villarreal upset the odds and beat Bayern?

Villarreal surprised many when they knocked Juventus out of the last round of the Champions League and you can bet that Bayern Munich won't be taking the Spanish side lightly. However, Villarreal have lost their last two league games since that amazing 3-0 victory, failing to score in each game, and now they go up against one of the most experienced sides in Champions League history.

Bayern battered Salzburg 7-1 in the 2nd leg of their Champions League tie and since then the German giants have picked up 7pts from a possible nine in the Bundesliga. With Bayern Munich in such good form, is there any chance they can lose to Villarreal over two legs? Well, the Germans can't afford to underestimate the Spanish side after they knocked Juventus out of the Champions League in the last round, though, we don't expect Bayern to make the same mistakes.

Villarreal: Alberto Moreno is the main injury concern for the hosts this week.

Bayern Munich: Tolisso, Choupo-Moting and Davies could all miss the trip to Spain through injury.

Villarreal vs Bayern Munich – Your Questions 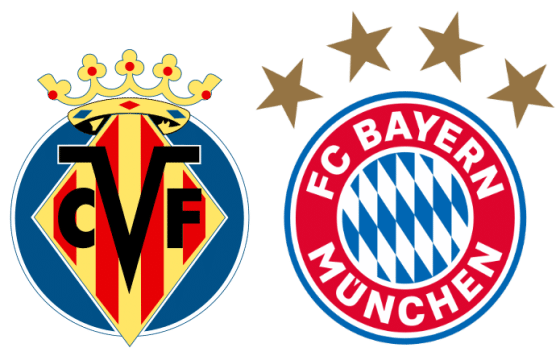