Villarreal are the ‘other' champions of Europe and will be looking to prove their mettle in the elite UEFA club cup competition. They have another exciting European entity to contend with in their opening campaign of Group F, Atalanta.

Villarreal showed their tenacity against Manchester United to claim the Europa League crown. They were at it again against Champions League winners, Chelsea in the Super Cup. The Italians should be considered in the same pedigree as the English giants, especially with Gian Piero Gasperini in charge of affairs. The Yellow Submarine will look to hold out for a share of the spoils, making it to a perfect four draws in four competitive outings this season.

Atalanta has impressed all and sundry with their attacking exploits in the Serie A and Champions League. These will be thwarted on Tuesday night as they come up against Unai Emery's men. The Yellow Submarine has only seen one of their three fixtures see Over 2.5 in the total goals column. With just three goals scored this season, Atalanta will also be cautious in their approach for this game.

La Dea has forged their identity for their gung-ho playing style. They like to outscore their rivals but are having teething issues to the start of the campaign. Villarreal are also facing similar struggles on this end in this regard. As both sides come together, we expect them to trouble the scorers, cancelling out each other in a combative draw.

Villarreal vs Atalanta: Check out the best odds and the latest stats

Questions About Villarreal vs Atalanta 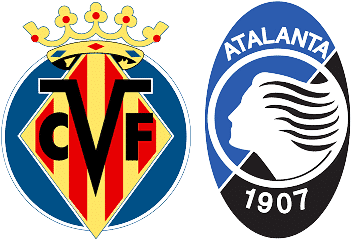 Where is the game being played? Estadio de la Ceramica (Villareal).

Which team is the favourite to win? Evens.