To say Ross McCormack's Aston Villa career has been stop-start would be a huge understatement.

Signed for £12million from Fulham last summer, the Scotland international joined Nottingham Forest on loan in January. But McCormack failed to rediscover his goalscoring touch and will be put on a fitness regime this summer to give him a chance of forcing his way into Steve Bruce's plans for next season.

Speaking to the Birmingham Mail, Bruce said: “He came in and he understands the situation. There’s a few things in his personal life that I hope has got better and he can then focus on one thing: rebooting his career.

“It’s been an awful 12 months for him which should have been the best 12 months of his career. He got a big move here and the rest is up to Ross to really, really grasp the situation he’s been given here.

“The first thing is to put him on some sort of fitness regime. He will be on a fitness programme to get himself into some sort of physical condition. I think he knows himself that he can improve in that area. We’ve had a conversation and the rest is really up to Ross.

“If he abides by the rules, which I’m sure he will do, and respects that then we’ll do everything in our power to get him up and running again. If he does that and goes about his business the way it should be done then I’ll give him a chance.”

It has been a sorry season for the 30-year-old. But in a league where little is certain, the goals of McCormack are the closest thing to a guarantee.

A rare off season

The Scot has been a regular scorer for Fulham, Leeds United and Cardiff City previously and should have thrived in a Villa side far stronger than any of his former emoployers.

But it has not happened and McCormack is drinking in last-chance saloon this summer. 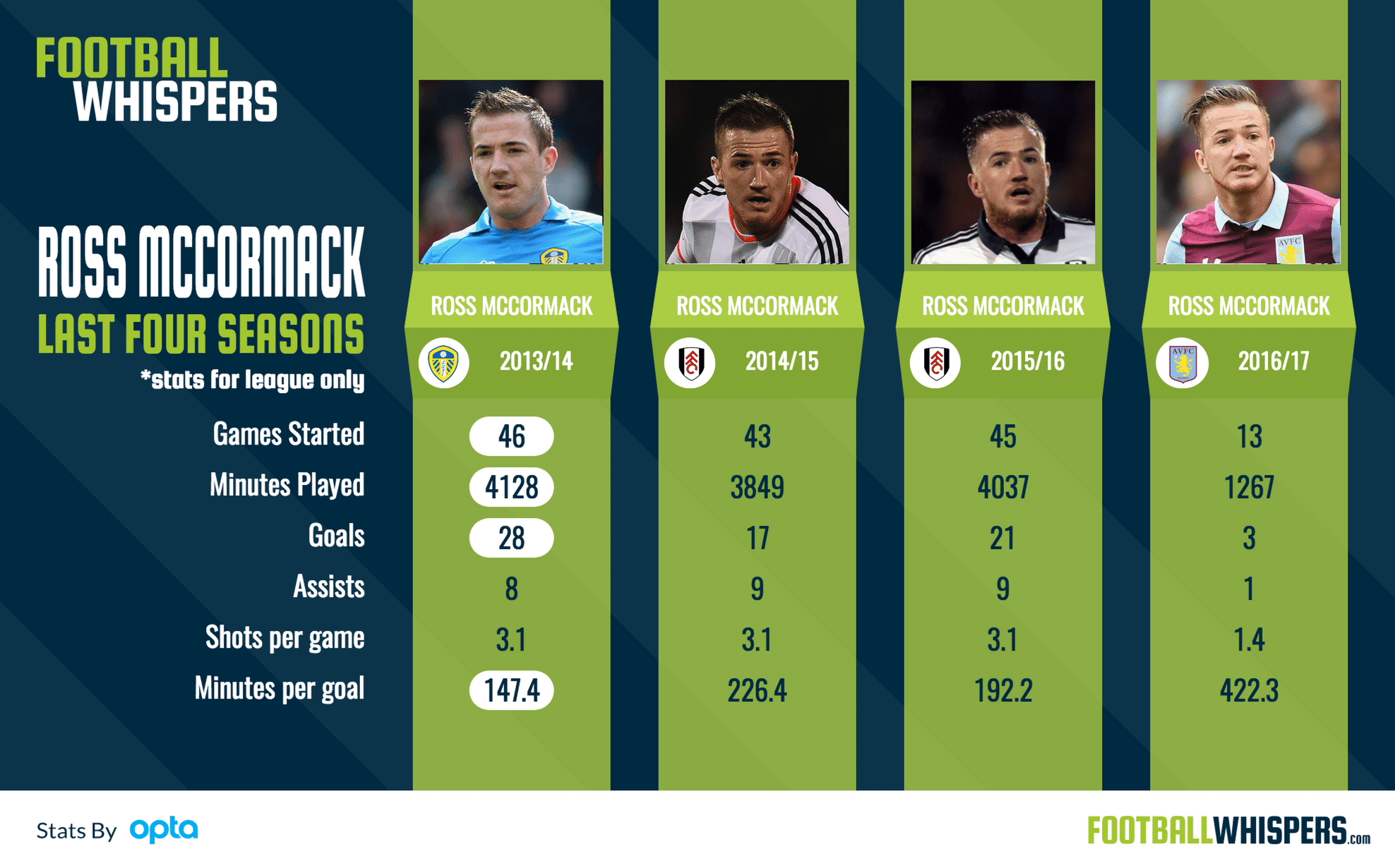 This season has been the outlier in McCormack's recent career. He has hit double figures each of the last three seasons as well as supplying an impressive number of assists for those around him at Leeds and Fulham.

But from the moment he arrived at Villa Park things have not worked out for McCormack. The striker was heavily criticised by his manager for failing to attend training as the electric gates to his driveway would not open.

Speaking at the time, Bruce said: “The latest excuse was that his gates had stuck but he couldn’t jump over a fence that was four feet six inches high.

“There has been too much indiscipline here at Villa. Not in 20 years in management have I ever gone down this route but I feel I have to make a stance because I will not put up with it on my watch.”

Bruce made it clear the forward would not be considered for selection until his attitude to training improved. McCormack was subsequently shipped to Nottingham Forest on loan for the remainder of the campaign. 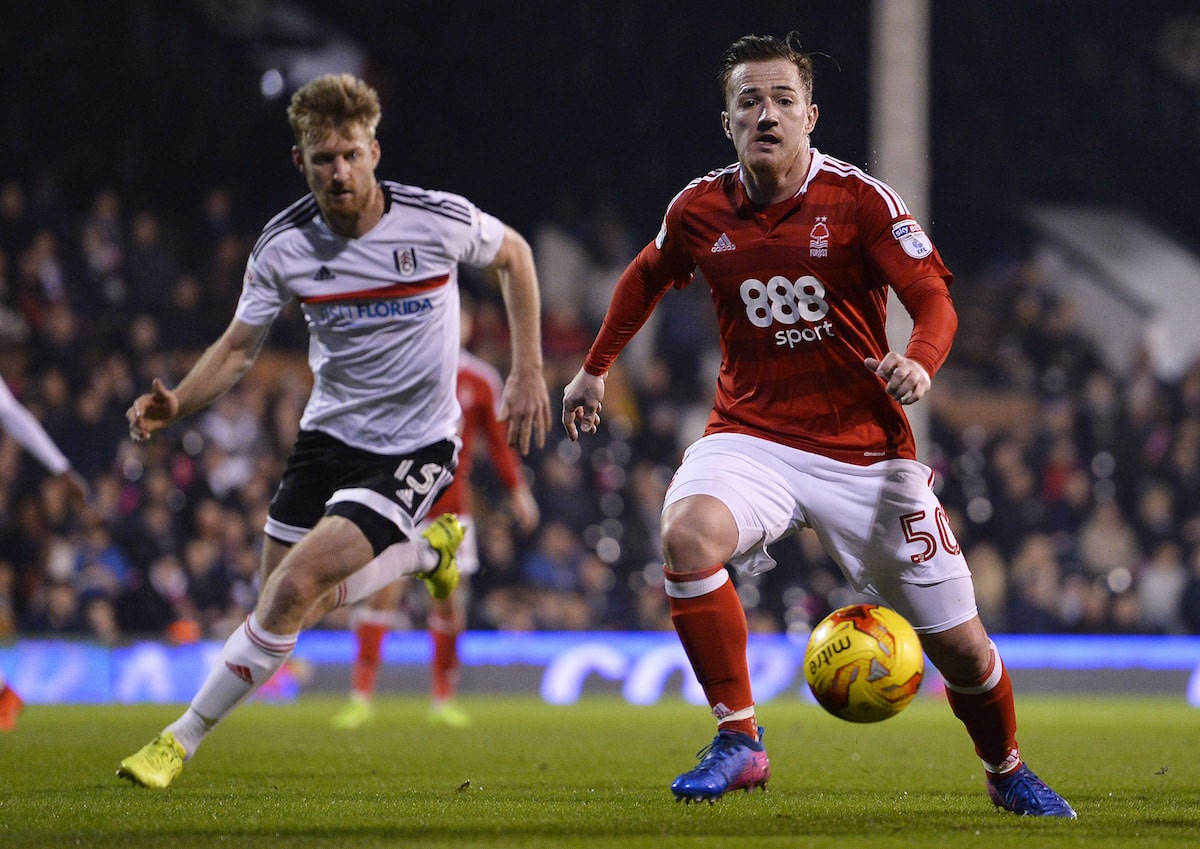 But after just three starts McCormack's season was ended by an Achilles injury. He has since undergone surgery for five cysts on his jaw and returned to Villa early to recuperate.

By his own admission the season has been a disaster for McCormack. When he moved to Villa he joined as one of the Championship's most-feared strikers. Not only that but a player who could also create for his team-mates and bring others into play.

The arrival of further striking competition is unlikely to have helped. Less than a month after McCormack moved to Villa Park the then manager Roberto Di Matteo forked out £15million to sign Jonathan Kodjia from Bristol City. And in January the Villans snapped up Brentford striker Scott Hogan in a £9million deal.

However, despite the competition for places there will be at least one vacancy at the start of the 2017/18 campaign as Kodjia has been sidelined with a broken ankle. The Ivorian, who has been in sparkling form with 19 goals, is expected to miss the entire of pre-season as well as the start of the new season.

Hogan has suffered with injury problems since his arrival at Villa Park and limped off – for the third time since January – against Brighton & Hove Albion on the final day of the season with his ankle appearing to cause him problems.

The other senior striker at the club is Gabby Agbonlahor. The 30-year-old former Villans skipper has been handed just four Championship starts this season and scored once – a winner against rivals Birmingham City recently.

Agbonlahor could still be offered a contract – Bruce offered him hope of a new deal after his winer against the Blues – but with 12 goals in three seasons he is unlikely to relieve any of the goalscoring burden on Kodjia when he returns.

What McCormack offers that the other strikers on Villa's books do not is creativity. There is more to the Glaswegian than purely finishing ability. He has supplied 27 assists in the last three seasons – a record most midfielders would take an in instant – and he would fit into more than one system at Villa Park.

Bruce has tended to favour a flat 4-4-2 with two strikers and he is unlikely to do anything too radical – unless he replicates the 3-5-2 he used to get Hull Citt promoted.

McCormack could play with a partner or as one of two wide flanking Kodjia or Hogan in a 4-3-3 system. 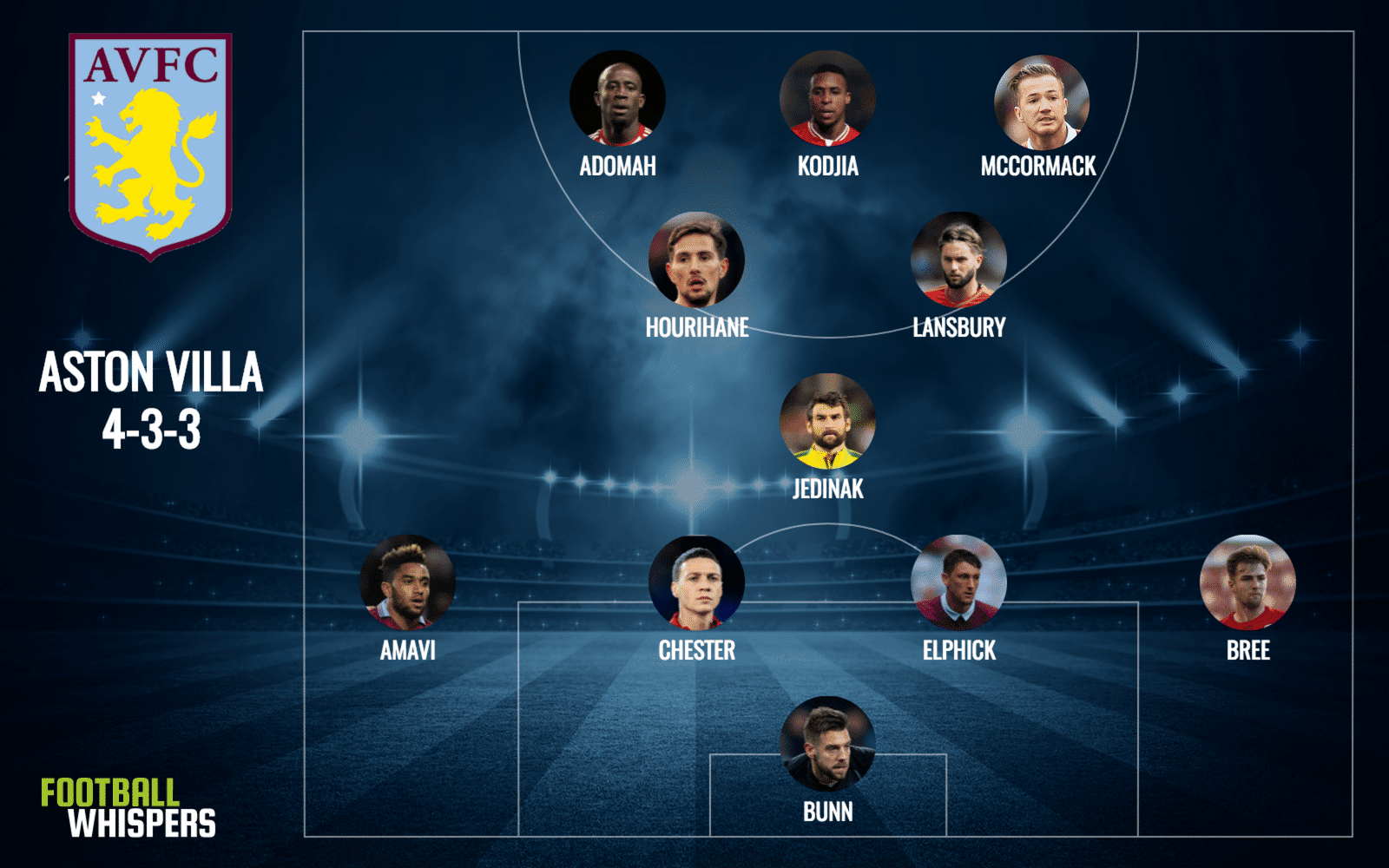 read more: time for jack grealish to live up to his potential

Without the ball that could easily become a 4-5-1 with Adomah and McCormack playing winder and Kodjia leading the line alone. Alternatively, a 4-4-2 formation, with Mile Jedinak most likely to make way for January additions Connor Hourihane and Henri Lansbury, could see McCormack up top. 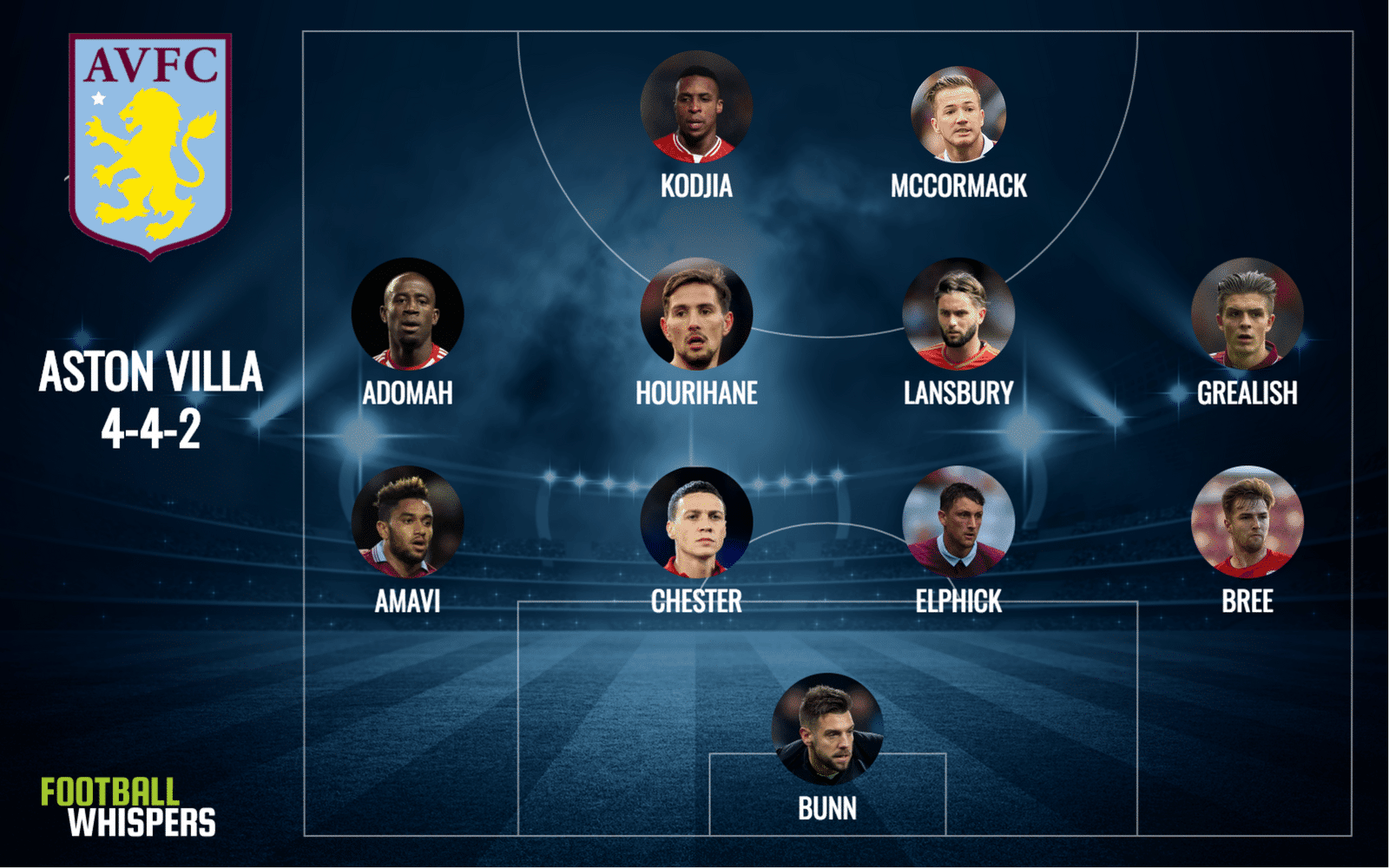 That could all change by the time pre-season starts dependent on whether Bruce is prepared to give McCormack another chance or whether he is saying the right things in public.

The relationship between the pair has been acrimonious. The Scot was packed off on loan to Forest after refusing to apologise to Bruce for his actions while at Villa.

But if Bruce is prepared to offer the perpetually underwhelming Agbonlahor a lifeline at Villa then it would not be too much of a stretch to imagine McCormack being granted a second chance.

Not least because Villa are unlikely to find another club prepared to cover the striker's wages or willing to pay anywhere near the £12million he cost a year earlier.

Above all, one bad season should not mask the fact McCormack is a proven Championship scorer. His goals could be the difference between automatic promotion or settling for the play-offs next season and Villa are desperate to make up for lost time by returning to the Premier League next season.