The second leg of the Champions League qualification play-off tie between Viktoria Plzen and Qarabag is all set to unfold at the Doosan Arena. This will be a preview of the game on August 23, 2022.

Viktoria Plzen continued their unbeaten streak in 2022 after a goalless draw against Qarabag in the first leg. The result extended the competitiveness of this fixture even further.

The competition between the two clubs was very tight in the first leg and both teams were not willing to lose the first leg. Now, the second leg is all about going into the group stages and Viktoria Plzen have been a solid outfit at home.

Viktoria Plzen were last featured in the stages of the Champions League back in 2013-14. The club are now targeting an appearance in this competition for the third time. Viktoria Plzen will be counting heavily on home advantage as they step into the match.

Qarabag came up with a very positive performance in the first leg despite failing to win the game. Manager Qurban Qurbanov has never been able to beat Viktoria Plzen even after three attempts. Now, the visitors come into the game with a lot of momentum and confidence from the recent domestic wins.

Viktoria Plzen: Viktoria Plzen will be without Petr Pejsa, who has been unavailable for almost a year due to an injury.

Qarabag: There are no injury problems for the visitors coming into this game.

Top Champions League Stats ahead of Viktoria Plzen vs Qarabag

Questions about Viktoria Plzen vs Qarabag 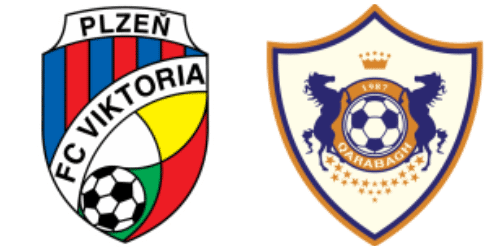 Where is the match scheduled? Doosan Arena

Which team is the favourite to win? Viktoria Plzen