Doosan Aréna is the location for the crucial second leg of the Champions League qualifiers second round meeting between Viktoria Plzen and HJK. The game will take place on July 26, 2022.

Viktoria Plzen were able to get a crucial 2-1 aggregate advantage going into the crucial second leg meeting at the Doosan Arena. An early penalty from Toma Chory put Viktoria Plzen in the lead before Bojan Radulovic was able to equalise in the second half. A goal from Jan Kopic – after just seven minutes – was the winner in the game.

HJK Helsinki are unlikely to give up without a fight. Even though Viktoria Plzen were able to get a lead in the first leg, they are likely to concede goals even at home. HJK Helsinki might have struggled for goals in pre-season games, but they are likely to be pumped up for getting an early goal that will keep them in the tie.

Viktoria Plzen are looking to overcome the second round of the qualification stages in the Champions League after almost a decade. The last time they were successful in the qualifying rounds was during the 2013-14 campaign and the team have not been seen in the group stages since the 2018-19 campaign.

HJK have consistently faced elimination at the second round of Champions League qualification. Due to the disappointing first leg result, it is very likely that HJK will carry some amount of low confidence coming into the fixture. A lot will ride on the performances of Chory, who was a big threat in the first leg.

Viktoria Plzen: Filip Kasa has undergone a knee surgery while Petr Pejsa is ruled out because of a cruciate ligament problem.

HJK: Manuel Martic is out of action with a leg injury while Roope Riski has a knee problem. Valtteri Moren also misses out because of a knee injury.

Questions about Viktoria Plzen vs HJK 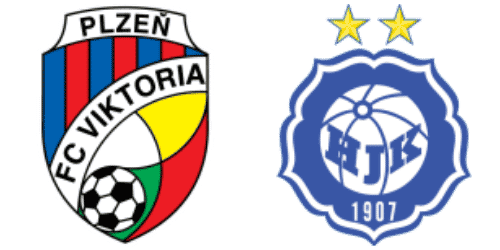 Where is the match scheduled? Doosan Aréna

Which team is the favourite to win? Viktoria Plzen