Off the back of winless games, Vihiga Bullets host Police in the next engagement of the FKF Premier League. Police FC are on an undefeated streak of five league games.

Police FC have converted their sequence of draws to the winning track, getting two victories in a row. On the other hand, Vihiga Bullets are making turns of defeats from the last five attempts and registered only one victory in that course. The only H2H between the teams have also gone in the favour of Police FC where they thrashed Vihiga by 4-0. Hence, we back Police FC to stay on the track and get three points at the end of ninety minutes.

Vihiga Bullets failed to score in each of the last two league games and we don’t expect a difference in their form as Police FC have secured three clean sheets in the last four attempts. In opposition, Police FC will be confident to get on the scoreboard following the scoring string of consecutive two games. Vihiga Bullets have also displayed a poor defence that leaked five goals in the last three outings. So we predict only Police FC will be able to score in this game.

Vihiga Bullets vs Police: Check out the best odds and the latest stats

Vihiga Bullets vs Police: Check out the team news

Vihiga Bullets got their second defeat in the last three games previously against Sofapaka, giving the lead to the opposition in the early minutes of the first half. The team have confirmed only six wins in the 32 attempts of the season and struggle in the relegation zone.

Police FC made a comeback from 0-1 of the first half to end the game in a 2-1 victory against Posta Rangers, breaking their resistance of home winless games. The team have secured only eight wins in the league so far but a total of 13 draws helped them to stay twelfth in the standings with 38 points.

Questions About Vihiga Bullets vs Police 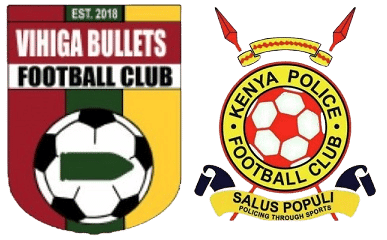 Where is the game being played? Bukhungu Stadium.