At the time, the decision to replace a proven Major League Soccer figure with a coach who’d never even played in the division, never mind managed at the top level, was seen as an unnecessary risk.

Indeed, the sacking of Jason Kreis as New York City FC head coach at the end of the 2015 season didn’t go down too well. Furthermore, the appointment of Patrick Vieira as his replacement was seen as a reckless gamble. Sure, the Frenchman had been one of the best players in Premier League history, winning pretty much all there is to win in Europe with Arsenal, Juventus and Internazionale. But as a coach he was untested.

On top of that, the hiring of Vieira was seen as a reinforcement of the links between NYC FC and sister club Manchester City with the former midfielder leaving his position as reserve team manager and head of elite development to move across the Atlantic.

City Football Group have been keen to stress that the two entities (five including Melbourne City, Yokohama Marinos and Club Atletico Torque) operate separately. But that’s a difficult argument to maintain when Man City are using NYC FC as a finishing school for Vieira.

In spite of all this, Vieira has been a success in MLS since his appointment. The dismissal of Kreis now looks to have been a shrewd decision with the Frenchman taking New York City FC closer to their aim of one day being the predominant force in North American soccer.

Last season, he managed to forge a team that got the best from Andrea Pirlo, David Villa and Frank Lampard for the second half of the campaign. Under Vieira, NYC FC finished second in the Eastern Conference, finding a consistency that had evaded them in their expansion season. That in itself was significant.

This season, the challenge for Vieira is to take NYC FC further in the play-offs with the Bronx side crashing out in the conference semi-finals last year. They must get closer to MLS Cup, and going on the basis of their performances since March that is materialising. NYC FC might be five points short of Toronto FC at the top of the Eastern standings but they look better in the big games than they did in 2016.

In a very short space of time, Vieira has become the golden boy of North American coaching circles, underlined by recent remarks concerning his future. The Frenchman says coaching the US national team “would be exciting,” raising the possibility that he could one day take over from Bruce Arena.

“Of course to coach the national team of the USA would be exciting. I think you will find a lot of coaches around the world who will want that job one day.”

On the flip side, the prospect of Vieira coaching the US national team is similarly exciting. His rise to the top of the North American game is significant because of what it signifies.

Never before has such a big name known around the world used MLS as a testing ground. Should he one day become a top tier coach, that would have a knock on benefit for the reputation of the division. 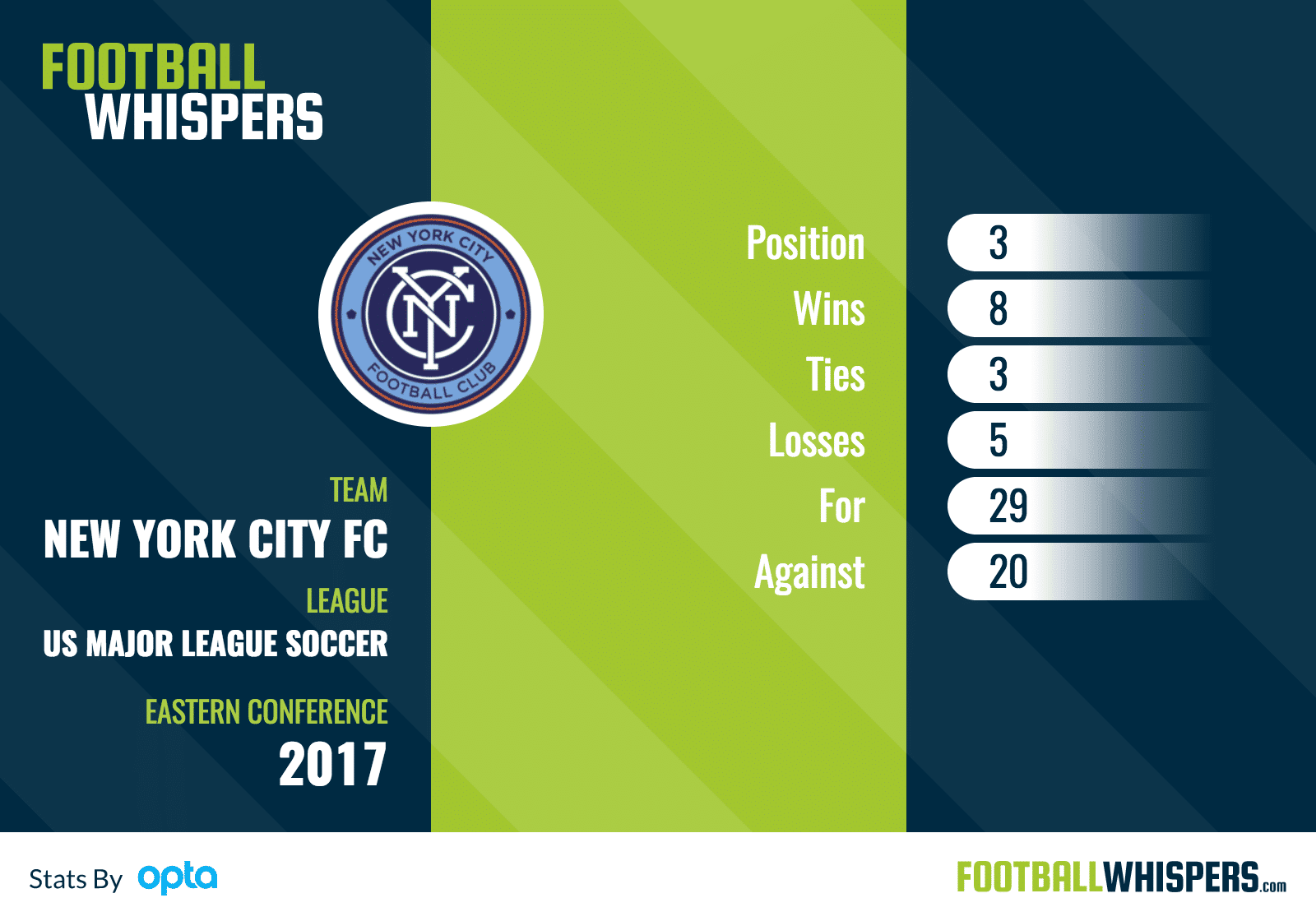 Some European stars never really integrate themselves into the American game. But that accusation certainly can't be angled at Vieira. He has become a face of MLS, standing up for the future of the sport in the States. He has shown an advocacy for homegrown youth at New York City FC and that could serve him well if he was ever to take over as US national team head coach.

“There is talent,” Vieira said when asked about the strength of American soccer’s youth ranks. “And I always think because people in Europe, and I always say it, they don't understand and they don't see the talent in this country.

“And of course it's difficult to compare the U.S. with Europe because of the football history. But when you look at what this league has achieved, and the number of talent they have in the last 20 years, can you just think about what will happen in the next 20 years?”

Of course, having just taken over as US national team boss Arena is unlikely to leave his post any time soon, especially given the success he is currently enjoying, but the fact that someone like Vieira would express a long term interest in the post says something about both parties.