Little more than 24 hours after missing out on Dani Alves, Manchester City are closing in on Tottenham Hotspur defender Kyle Walker who, with a £50million fee agreed, would become the most expensive defender in history.

Walker has been a long-term Manchester City transfer target but City had also been keen on former Juventus star Alves who Pep Guardiola coached to great success at Barcelona.

Although Alves only signed a two-year contract with the Bianconeri last summer he asked to leave Italy in order to complete a reunion with Guardiola in the Premier League.

However, the Brazilian – much to Guardiola's ire – opted to join Paris Saint-Germain instead, signing a lucrative two-year deal worth €230,000 per week. 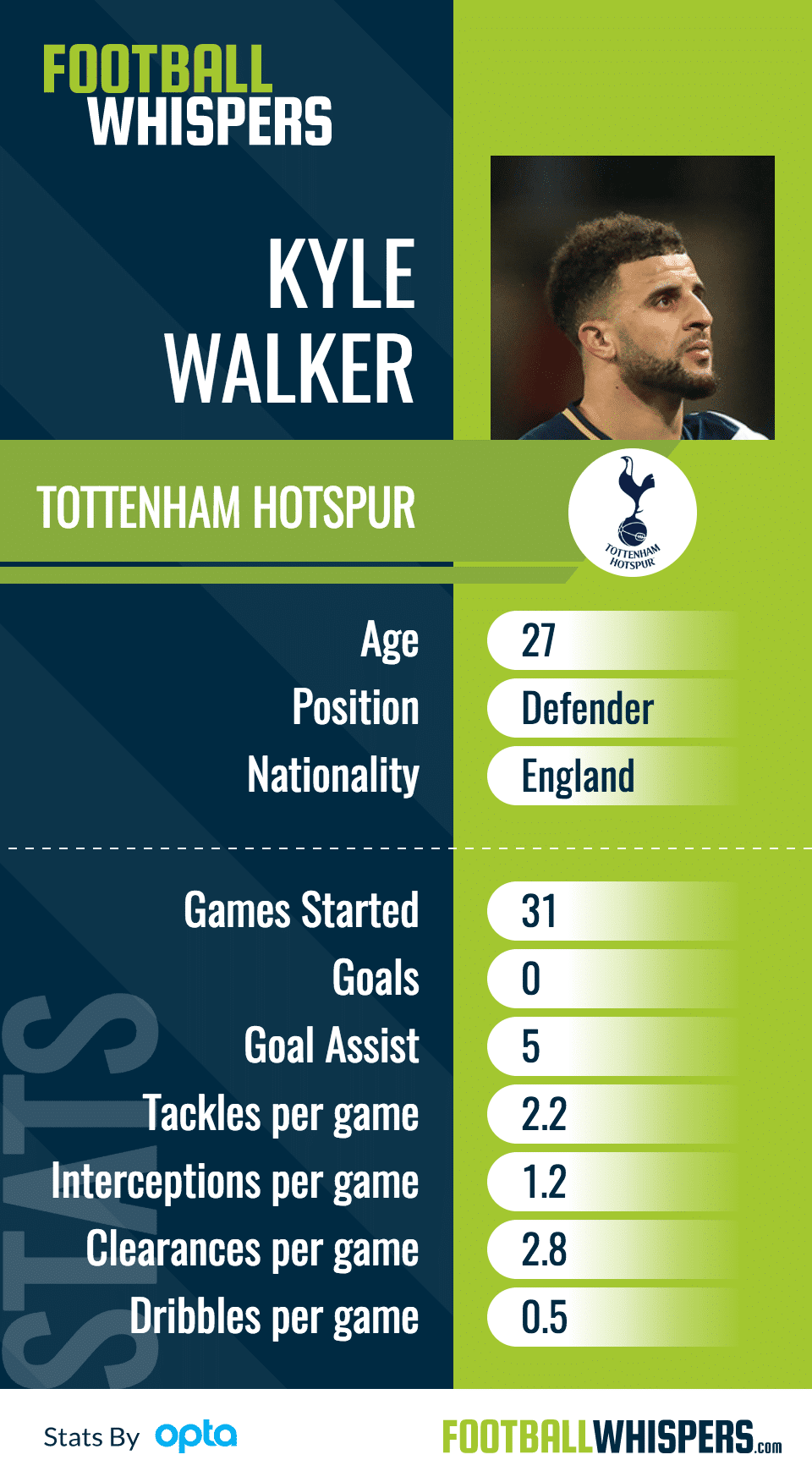 After Pablo Zabaleta and Bacary Sagna were moved on at the end of the season, City have been left light at full-back and could have probably done with both right-backs. That would be have been an ideal summer for Guardiola and ensured City were Premier League and Champions League contenders.

But that is no longer possible. So with Walker closing in on a move to the Etihad Stadium, have City got the right player? Or will they regret seeing the Brazilian move to the French capital?

Football Whispers TV looks at the candidates to become City's No.2 next season.