It seems strange to think of one of the world's top referees watching a match on TV and raging at a controversial decision like the best – or maybe it should be the worst – of us.

But that was how Howard Webb found himself when he watched Thierry Henry handle the ball before crossing for William Gallas to score against Ireland in the infamous World Cup qualifying play-off in 2009, a game that meant France rather than the Irish headed to South Africa the following summer.

Webb would be at the 2010 World Cup too, going all the way to take charge of the final between Spain and the Netherlands, another game that was long on controversy and short on assistance for a beleaguered referee.

But his colleague and friend Martin Hansson, who failed to spot Henry's handball, did not make the cut for the World Cup following the controversy that raged for weeks after Ireland were eliminated.

For Webb, it was a ‘Road to Damascus' style conversion to the merits of video assistance, and he is now overseeing the introduction of Video Assistant Referees into Major League Soccer, starting this August.

“My personal views changed in 2009 when I was watching France v Ireland, and Henry handled the ball,” he said. “It was the crucial moment in the game and ultimately knocked Ireland out. Martin Hansson was a friend of mine, and his career had been on an upward curve before then, but on the back of that handball he didn't get to referee at the World Cup in South Africa. 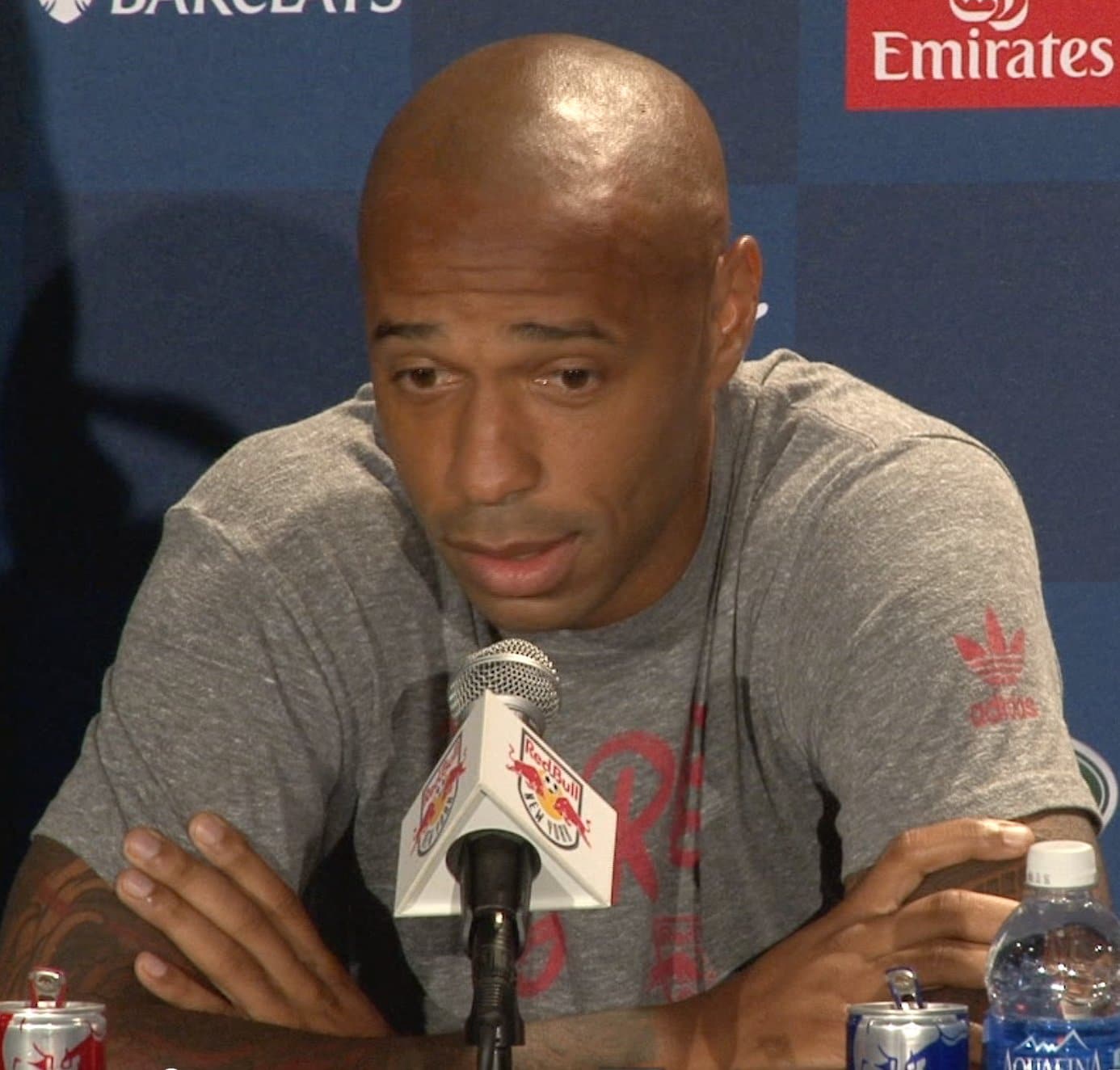 “I was sitting at home watching the game and within five or six seconds me, and my five-year-old lad, could see that Henry had clearly handled the ball. You didn't need to be a genius to work it out that it could be quickly rectified if there was video assistance, and there needed to at least be some experimentation to see if video replays could help us get decisions right, and rectify those clear mistakes.”

Webb admits to having made a few of his own over the years, not least in that final in 2010 when he only booked Holland's Nigel de Jong for a chest-high lunge on Xabi Alonso in the opening minutes. “Looking back now, I would have sent him off if I'd have seen a replay.”

He talks about such moments leaving mental scars on refs, and it with this in mind that he passionately believes in the VAR system, which has already been trialled in Australia's A-League since March, and used in the Under-20 World Cup and Confederations Cup.

The MLS and Germany's Bundesliga will introduce it from August, and it is likely to be trialled in England in the EFL Cup and possibly the FA Cup

Webb has given up his gig with BT Sport in order to move to the United States where he has been overseeing trials since March, in order to hit the ground running when the MLS season starts. 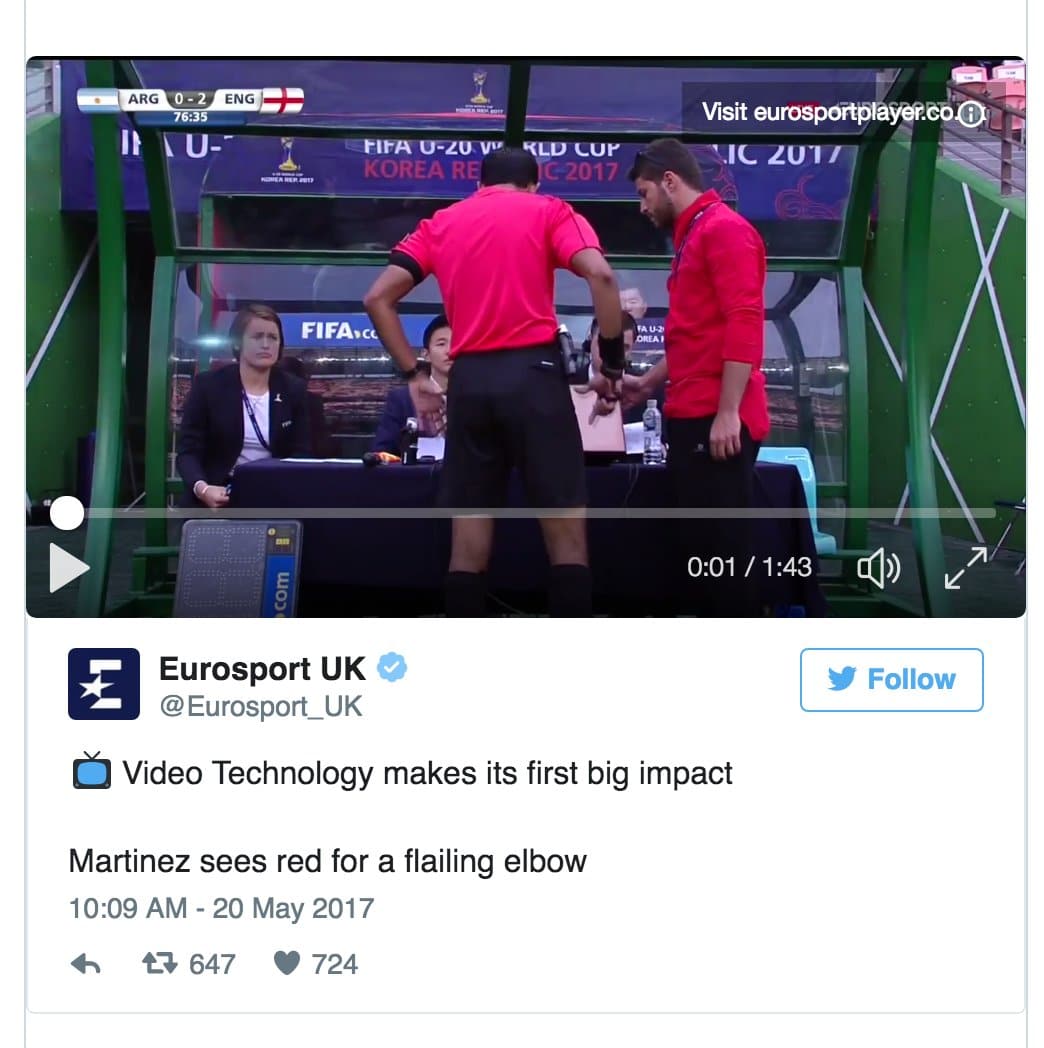 “We're hoping to go live on August 5, with 132 regular season games, 12 playoffs, 12 cup games and the final. We're training people in the classroom and offline, as well as at live games in the second tier of US football as well as youth tournaments. There will have been over 100 games to get them up to speed, and we are confident that when we go live, it will be as good as it can be.”

So how does it work, and what is involved? Webb explains that he has a “big job to inform and educate”, not just the fans, but everyone involved in the game.

The video assistant referee will be a qualified referee who sits in front of two monitors, one running the game live and the other on a three-second delay, with the ability to replay any controversial moments (within strict parameters) and alert the referee on the pitch that he may want to review an incident.

The referee can heed this advice or ignore it, and if he decides he wants to see a replay, can go to a review area to see replays of the incident from multiple angles.  He is then able to stand by his original decision or to take play back to where an offence may have been committed if he believes he has missed it.

There will be four areas covered by the VAR:

The VAR will not review any other area of play, such as corners, free-kicks outside the penalty area, fouls or handballs not leading to penalties or red cards, etc.  This reduces the number of reviews – and subsequent time-outs – to a manageable level.

“Our motto is ‘Minimum Disruption for Maximum Effect' and we have found that in 90 or so trial games so far, with over 700 incidents that have been eligible, only 26 have led to reviews, which is less than one in three games. And the average amount of time added to a game where there has been a review is one minute, so it is hardly the stop-start disruption that critics were worried about.”

Fans in the stadium and at home will be informed, via hand signals from the referee, messages sent out to broadcasters and stadium announcers, and even via text or social media within seconds.

Webb knows the system is not perfect and never will be. “There will be bumps in the road and you cannot cut out the human element. We are not aiming for 100 per cent accuracy – that is not possible when there are between 250 and 300 decisions to be made in every game by a referee.

“What we are aiming to do is to eliminate the clear and obvious mistakes that can leave scars in a referee's career, and rectify those situations that create headlines for the wrong reasons.

“The most important thing is that the referee will still have the final say. His authority will not be undermined.”