“Playing alongside Mousa [Dembele] is always good. Every time I play with him I enjoy it,” Victor Wanyama told Tottenham Hotspur’s official website after Saturday’s 1-0 victory over Middlesbrough at White Hart Lane, a result which saw Mauricio Pochettino’s men move into second spot in the Premier League.

“We understand each other and we always want to win the ball back as quickly as possible. We also enjoy doing the dirty bit of the game — it's part of our game. We are a little bit similar and we just click together. Hopefully we can do that more and it can get us somewhere nice.”

Spurs supporters are no doubt enjoying their side’s midfield partnership, too. Tottenham’s backline has rightly received plenty of praise for the team’s fine defensive record this term — the north Londoners have conceded the fewest goals in the Premier League in 2016/17 (16) — while the contribution of attacking stars such as Harry Kane, Dele Alli, Christian Eriksen and Son Heung-min, as well as buccaneering full-backs Danny Rose and Kyle Walker, has also been widely acknowledged. There is an argument, though, that the midfield pairing of Wanyama and Dembele is the most essential part of the side Pochettino has assembled at White Hart Lane.

The Importance of Dembele

It would be inaccurate to pin Tottenham’s late-season collapse last term on a single factor, but the absence of Dembele through suspension for those final two matches of the campaign was certainly significant. The Belgium international, who joined the club from Fulham for a fee of around £15 million in 2012, was one of the key components throughout Spurs’ challenge for the title last term, and it was probably no coincidence that the rest of the side struggled without him. 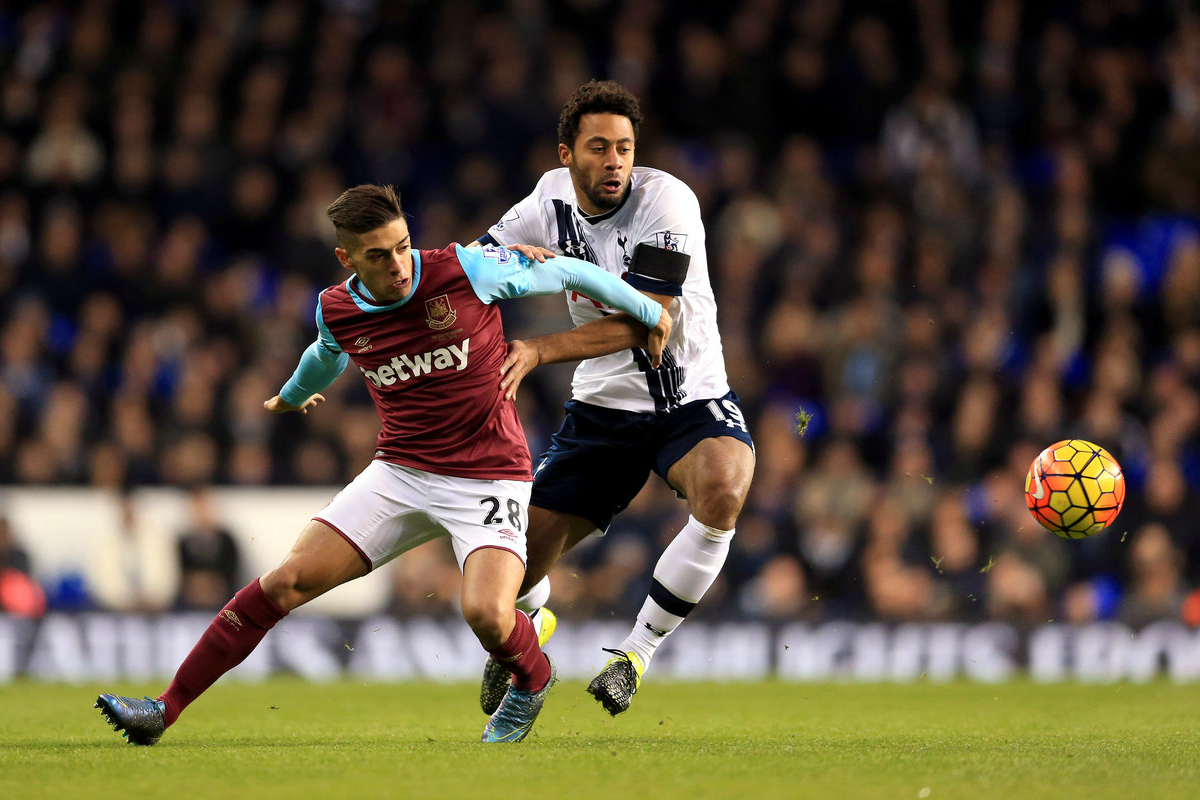 READ MORE: WHY AJAX CAPTAIN DAVY KLAASSEN WOULD BE A GOOD FIT FOR TOTTENHAM HOTSPUR

Dembele has, for the most part, continued in a similar vein this time around, even if his level of performance dipped a little while he was regaining match fitness in the autumn. The 29-year-old possesses a unique blend of qualities: as well as being incredibly strong and powerful, he is supremely gifted technically and capable of ghosting past opponents in the centre of the park.

There are not many midfielders around who can dribble more effectively in congested areas than Dembele, whose ability to do so is particularly important against teams who look to press heavily — such as Saturday’s opponents Liverpool. He is tenacious, too, and more than happy to put his foot in when there is a chance to do so, while his passing has improved and become more penetrative over time.

His importance is not lost on Pochettino.

“Without Mousa Dembele we do not exist,” the former Southampton boss joked to reporters in August, before the Belgian was then labelled a “genius” by his manager after his man of the match display in the 1-1 draw with Arsenal at the Emirates Stadium three months ago.

The Arrival of Wanyama

Having been partnered by Eric Dier in the engine room for the vast majority of last season, Dembele has more often found himself deployed alongside Wanyama since the latter swapped Southampton for Spurs in June of last year. Whereas £30million midfielder Moussa Sissoko and £17million striker Vincent Janssen have been major disappointments, the Kenya international has proved to be exceptional value for money at just £11million. 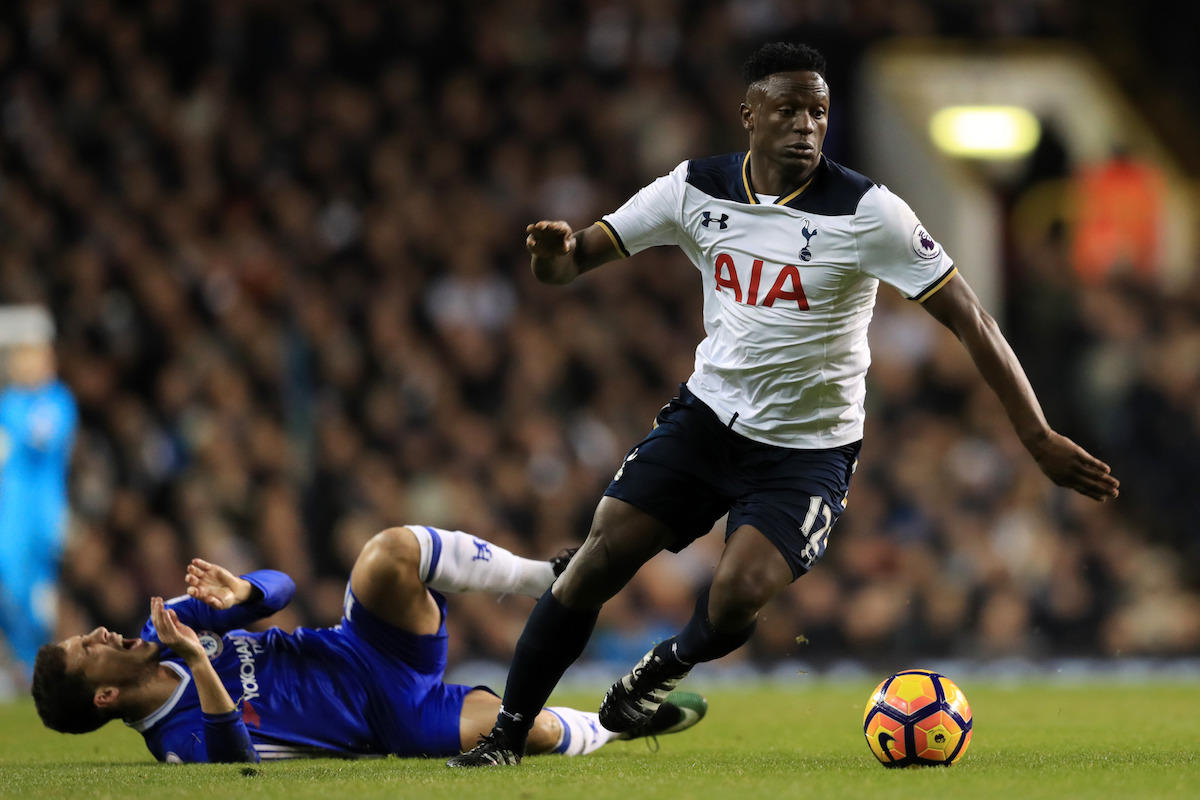 Although Wanyama is not an all-rounder in the mould of Dembele, he is extremely good at what he does: namely breaking up play and circulating possession with a minimum of fuss. Only four midfielders — Everton’s Idrissa Gueye, Southampton’s Oriol Romeu, Liverpool’s Jordan Henderson and, unsurprisingly, Chelsea’s N’Golo Kante – have made more tackles than the former Celtic man this season, while his total of 23 key passes, defined by Opta as “the final pass or pass-cum-shot leading to the recipient of the ball having an attempt at goal without scoring”, is perhaps more than would ordinarily be expected from a player whose primary function is to win back the ball and protect his team’s backline.

It would be excessive to declare that Wanyama is a brilliant passer who has the necessary tools to carve open an opposition defence on a regular basis, but the 25-year-old is aware of his limitations and tends to make the right decisions when it comes to choosing where he should play the ball next.

“They [Dembele and Wanyama] are both playing fantastic football and having wonderful seasons,” central defender Toby Alderweireld told the Tottenham website after the aforementioned triumph over Middlesbrough.

“They are strong, good on the ball, they know tactically where they have to go, when they have to clear or keep it.

“They have all the qualities, not one or two things but the lot, so that makes it difficult for opponents. They help us a lot. If teams go through them we are there and if they get through us, Hugo [Lloris] is there! That’s a good thing.”

As Tottenham continue their push for a Champions League place — the nine-point gap separating the north Londoners from leaders Chelsea will probably be too much for them to bridge — Dembele and Wanyama could prove to be the difference between success and failure. Pochettino’s best midfield pair is one of the most effective in the Premier League, and Spurs supporters will be extremely grateful for the solid foundation upon which their side’s attack is built.

ARE TOTTENHAM EFFECTIVE IN THE TRANSFER MARKET? CHECK OUT WHAT WE THINK.