With the January transfer window nearing its conclusion, the Daily Star claims that Manchester United manager Jose Mourinho will decide this week whether or not to splash £38million on Benfica defender Victor Lindelof.

The 22-year-old Swedish international has been strongly linked with a move to Old Trafford all month. After raking in around £45million from the sales of Morgan Schneiderlin and Memphis Depay, Mourinho has the option to move now for Lindelof or wait until the summer.

It is understood that Lindelof has a €30million release clause in his contract which would keep him at Benfica until 2020. In modern football, contracts are mostly used, especially in Portugal, to make sure a club gets the maximum fee they could hope for. 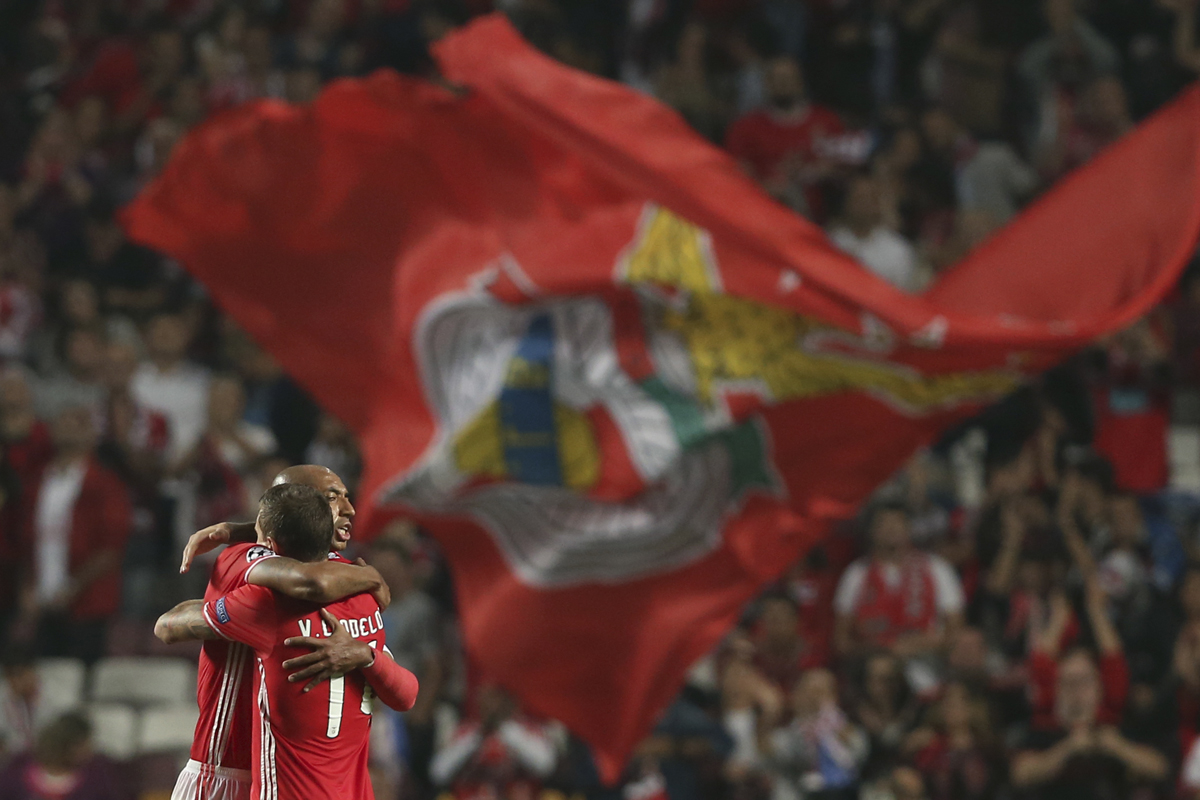 This is where it gets a bit murky. Benfica have been trying to convince the Swedish international to sign a deal for a while now. That would have included a new €60million buyout clause. Now, Manchester United have been put in a position where they are reported to be paying €15million more than his current clause, just to make sure they don’t have to pay the new one. Still with me?

Earlier this month, Portuguese newspaper Record suggested that €45 million wouldn’t be enough to convince Luis Filipe Vieira to sell up. Then, 24 hours later, they had changed their tune.

Record then reported that Vieira had spoken to all parties and had been satisfied with the figures presented.

Playing under Mourinho seems to be what has attracted the defender in making the move to Manchester. And for the United coach, he would be picking up a 22-year-old defender that can add stability and versatility to his back-line.

Lindelof would be seen as the calming presence beside the raw aggression of Eric Bailly. Rather than lumping the ball up the field, the Swede likes to play out from the back. Confident in his own ability, rather than just playing the simple pass to the midfield, he can drive out of defence, committing players, which opens up different angles for the attack.

When attackers press and play high up the pitch, Lindelof has the skill and the pace to skip by them or play a pass up the field, breaking the pressure. A lot of teams in the Premier League, especially against sides like United, like to press the ball, so it’s an ideal trait to have in your defence.

After playing for Sweden at the 2016 European Championships, the defender has impressed this season for Benfica. He is averaging 0.9 tackles per game and is only dribbled past 0.2 times per match — both really impressive numbers.

Phil Jones, Marcos Rojo, Daley Blind and Bailly all average more tackles per games than Lindelof – which isn’t necessarily a good thing. It can show a tendency to be out of position and having to recover. Only Chris Smalling has better stats in terms of tackling and players being unable to get past him.

The Swede makes 1.9 interceptions and 3.2 clearances per game, which compares well to what Mourinho has already. Especially with him being the same age as Bailly, there is significant room to grow and develop further. With Smalling, Jones, Rojo and Blind, there is a feeling that their level has peaked.

“I have seen him play for the national Under-21s the senior side and in the Champions League for Benfica and he has the right qualities,” former Manchester United midfielder Jesper Blomqvist told the Manchester Evening News when asked about the defender.

“He's quick, confident with the ball, likes to play and is very strong. For United fans, I think the best comparisons would be with Rio Ferdinand and Ronny Johnsen. I'm not saying he is at their level yet but he is very capable of getting there.”

When it comes to being comfortable in possession, none of the United players measure up. Blind is closest with 48.8 passes per game and completes 2.9 accurate long balls each match.

Lindelof averages 62.1 passes in Portuguese league matches, and 45.2 in the Champions League, but he keeps it simpler with 2.8 accurate long balls each game. Plus his 89.5 percent pass completion rate is higher than all the defenders Mourinho has played regularly this term. 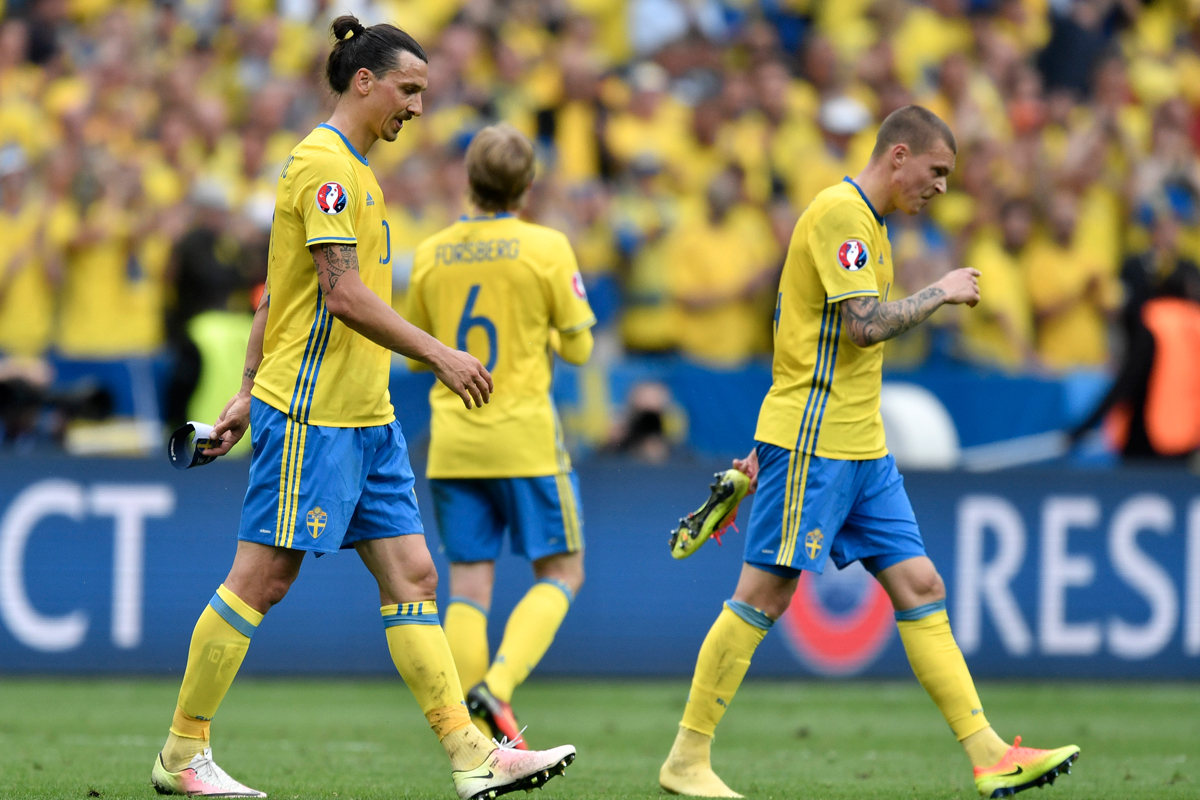 Something that the Swedish defender can be guilty of though is diving in too quickly. A few times for Sweden and Benfica, forwards have been able to turn and Lindelof has seen a chance to put a foot it, only for the attacker to then get past him. This usually happens more when he’s asked to play as a full-back.

It’s a position that he can cover, but he is much more comfortable through the middle. He knows the position very well for someone so young and plays, acts and gives the impression he is older and wiser than his age suggests.

“He's a mature player and a mature person,” Blomqvist continued. “One thing I do like about him is that he hasn't gone an easy route with his career.”

“That tells you everything you need to know about him. Obviously, a move to Manchester United is a different level again. Not every Swede is Zlatan Ibrahimovic! But you get the feeling that Victor would handle it okay.”

If the deal can be completed, having the Swedish legend in the squad should help Lindelof settle and grow in Manchester life, but it’s his ability to defend and add composure to Mourinho’s back-line that will help him flourish in the Premier League.