Just 3pts separate these two sides in the Serie A table and with the pair playing out two draws last season, we're expecting another tight, tense and competitive 90-minutes this weekend.

Our Top Predictions for Verona vs Juventus

Here are our predictions for Verona vs Juventus.

We're going against the bookmakers and backing Verona with a double chance bet this weekend as the hosts are unbeaten in their last three meetings with Juve, picking up one win and two draws. Verona have scored four goals in each of their last two home games against Lazio and Spezia and have only lost one of their last six matches in Serie A. Juventus's unbeaten run of form came to an end in midweek when they lost 2-1 at home to Sassuolo, so you can see why we believe Verona have an excellent chance of securing a positive result on Saturday.

Each of the last seven encounters between Verona and Juventus have ended with both teams getting on the scoreboard and expecting more of the same from the pair this weekend. Five of Verona's last six matches in the league have produced goals at both ends of the pitch, while both teams have also scored in three of Juve's last five outings in all competitions.

At least three goals have been scored in four of the last six meetings between these two clubs and we're backing over 2.5 goals to be scored on Saturday as well. Five of the host's last six outings in Serie A have witnessed at least three goals being scored, including a 3-3 draw with Genoa, a 4-0 win over Spezia and the 4-1 victory over Lazio.

Juve looking for a response after a shock midweek defeat

Verona made the trip to Udinese in midweek and managed to secure a share of the spoils thanks to a late penalty. Success put the home side in front after just 3-minutes and that goal looked like it was going to be enough to beat Verona. However, 7-minutes from time the visitors were awarded a spot-kick which Barak coolly converted to make the final scoreline 1-1. Following that result, Verona now sit 10th in the table and will be very pleased with the start they have made to the new season.

Juventus were enjoying an unbeaten run ahead of their game at home to Sassuolo, a run that came to an abrupt end against the odds. Frattesi put Sassuolo in front just before the break but an equaliser from McKennie in the 76th-minute looked to have done enough to earn Juve a point. However, deep into stoppage-time Lopez forced home the goal that provided a shock win for Sassuolo and ended Juventus's positive run of results.

Verona: Gianluca Frabotta remains the only injury concern for the hosts following their midweek match.

Juventus: De Sciglio, Bernardeschi and Kean are all injury concerns ahead of the trip to Verona on Saturday. 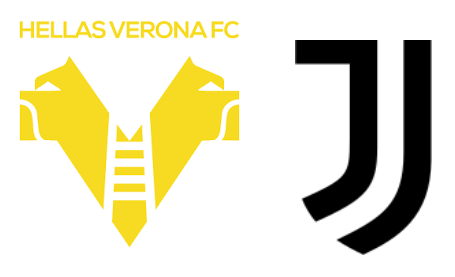