Verona lost in their own backyard to Sassuolo in their opening game of the new season, while the Serie A champions Inter Milan ran out 4-0 winners against Genoa. The visitors are the clear favourites for Friday's clash and it's tough to see Verona taking anything from this game.

Inter Milan have won five of their last six encounters with Verona and we're backing the visitors to secure all 3pts on Friday night as well. Last season, Inter Milan secured the domestic double over Verona, winning 1-0 at home and 2-1 away. Inter have kicked off the new campaign with a 4-0 romp over Genoa while Verona lost at home to Sassuolo.

Over 2.5 goals have been scored in five of the last six league meetings between these two clubs and we're predicting that at least three goals will be scored in Friday's clash. Three of Verona's last four fixtures have produced over 2.5 goals and the same can be said for five of Inter's last six outings, so you can see just why we're expecting goals in this game.

Four of the last six league meetings between Verona and Inter Milan have produced goals at both ends of the pitch. Both teams have scored in two of Verona's last three home games and Inter have found the back of the net in each of their last six fixtures.

All you need to know ahead of Verona vs Inter Milan

Verona aiming to bounce back against the champions

Verona trailed Sassuolo by a goal at halftime last weekend and went 2-0 down early in the second half. Zaccagni pulled a goal back for the hosts from the penalty spot but Sassuolo added a third shortly after. Zaccagni netted his second goal of the game in the final minute but there just wasn't enough time left on the clock for Verona to complete their comeback. Portuguese midfielder Miguel Veloso was sent off for two bookable offenses against Sassuolo and will now miss the game against Inter Milan.

Inter Milan scored four goals without reply at home to Genoa in their opening game of the new Serie A season. Skriniar got the home side off the mark and new signing Calhanoglu added a second shortly after. Vidal made it 3-0 in the 74th-minute and Lukaku's replacement, Dzeko, scored on his Inter Milan debut to wrap up a comfortable 4-0 victory. Martinez will serve the last game of his suspension this week and Gagliardini, Sanchez and Eriksen will all miss the trip to Verona through injury. 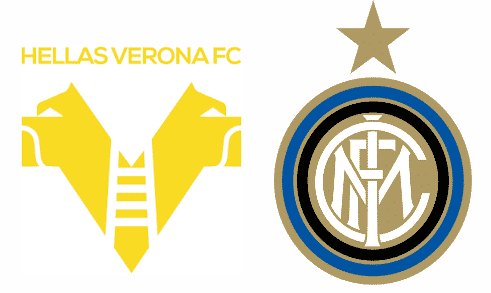