Verona and Empoli are level on points in the Serie A table so we're expecting a close and competitive 90-minutes between the two clubs on Monday night. These two sides haven't met since 2016 but the recent encounters between the pair have always been tight and tense.

Here are our predictions for Verona vs Empoli.

Under 2.5 goals have been produced in four of the last five league meetings between Verona and Empoli, and we're predicting more of the same for Monday's latest encounter. These two sides have played to a similar level this season and we're expecting the duo to cancel one another out this weekend in what should be a very close 90-minutes.

In terms of a final scoreline, we're backing this game to end 1-1. Both teams have scored in each of Verona's last five fixtures and the same can be said for five of Empoli's last six competitive and non-competitive matches. Both of these teams have played out two score draws in their last three fixtures and three of those stalemates produced scorelines of one goal apiece.

Two mid-table rivals lock horns in Serie A this Monday

Verona might not have expected to come away with anything from their recent trip to league leaders Napoli. The hosts have not lost a game in Serie A this season and while that record stayed intact, Verona did manage to escape with an unexpected point to show for their efforts. An early goal from the in-form Simeone put Verona in front but Napoli struck back 5-minutes later and the pair failed to produce any more goals in the time remaining.

Empoli played host to struggling Genoa before the international break but had to come from behind following an early Genoa penalty. Second-half goals from Di Francesco and Zurkowski thrust Empoli into a 2-1 lead but the home side couldn't hold on to their advantage and the visitors equalised in the 89th-minute to make the final scoreline 2-2. Those results mean that Verona and Empoli remain on the same points as one another, which means that there is plenty to play for this weekend.

Verona: Nikola Kalinic and Daniel Bessa are suspended, while Darko Lazovic and Gianluca Frabotta will miss the game through injury.

Empoli: the visitors have no fresh injury concerns or suspended players for the trip to Verona. 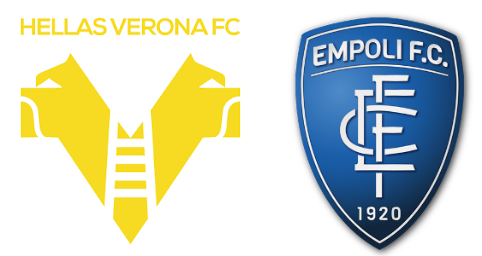