These two sides are more used to playing one another in the second-tier of Italian football but this weekend Venezia and Verona lock horns in Serie A for the first time since 2002.

Our Top Tips for Venezia vs Verona

We're expecting goals in this game and lots of the stats point towards both teams scoring on Sunday. Three of the last four meetings between these two clubs have ended with both teams getting on the scoreboard. Both teams have also scored in five of Verona's last six league games, so you can see why we haven't backed either side to keep a clean sheet this weekend.

When these two teams met in the Coppa Italia last year they produced a 6-goal thriller which ended in a 3-3 draw and had to be decided by a penalty shootout. Over 2.5 goals have been scored in three of Venezia's last five competitive and non-competitive matches, while three of Verona's last five outings in Serie A have also produced at least three goals.

Verona striker Simeone has been one of the stand out forwards in Serie A this season and already has 9-goals to his name. We're backing the Argentine striker to score again this weekend when his side travels to Venezia, a side that have a goal difference of -13.

Venezia vs Verona: The Facts & Figures

Verona the favourites to secure all 3pts

Venezia knew they would be in for a difficult game away at Atalanta last time out but they probably weren't expecting such a heavy defeat. Pasalic picked up the match ball and the man of the match award after he scored a hat trick for Atalanta who claimed a 4-0 victory on the day. Venezia haven't done too badly this season with many expecting them to go down without a trace, but they will need to tighten things up in defence if they want to avoid a relegation battle altogether.

Verona might have expected more from their home game against Cagliari but they had to settle for a share of the spoils. Neither side managed to break the deadlock and the game finished goalless, though, Verona did have some very good opportunities to claim all 3pts. Verona sit 10th in the Serie A table and could move above Lazio with a win on Sunday.

Venezia: Ethan Ampadu is suspended and Sigurdsson, Ebuehi and Fiordilino are all injury concerns.

Verona: Kalinic, Hongla and Frabotta could all miss this weekend's game through injury or illness. 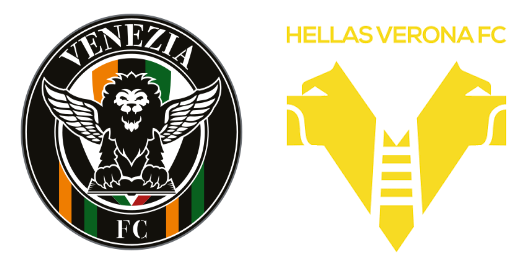