Venezia need to make the most of their home games as the business end of the Serie A campaign is now upon us, starting with a win against Udinese on Sunday. Udinese aren't mathematically safe yet but a win this weekend would pretty much guarantee their spot in Italy's top flight for another season.

We're expecting goals in this game as three of the last five meetings between these two clubs have produced over 2.5 goals, including Udinese's 3-0 win over Venezia when the pair locked horns for their reverse league fixture back in August. Two of Venezia's last five league games have witnessed at least 4-goals scored, while over 2.5 goals have been produced in three of Udinese's last four fixtures.

Both teams have scored in three of the last five league meetings between Venezia and Udinese and we can see both teams failing to keep their clean sheets intact on Sunday. Three of Venezia's and each of Udinese's last six outings have ended with both teams getting on the scoreboard, adding further weight to our prediction for this weekend's bottom half of the table clash.

All you need to know ahead of Venezia vs Udinese

Napoli could move top of the table this weekend

Venezia gave a decent account of themselves away at Spezia last weekend but still ended up losing the game. The match appeared to be heading for a draw, which would have been a fair result, only for Gyasi to win the game for the home side deep into second-half stoppage-time. Venezia sit 3pts off safety but could move out of the relegation zone if they manage to beat Udinese and Cagliari lose their game.

Udinese put in a five-star performance in their last game at home to Cagliari, despite going 1-0 down in the 32nd-minute. Goals from Becao and Beto put Udinese 2-1 up at the break and in the second half, Beto netted his second of the game to make it 3-1. A goal from Molina just before the hour mark anded any hopes of a Cagliari comeback and in fitting style, Beto completed his hat trick in the 73rd-minute to wrap up a 5-1 victory.

Venezia: goalkeepers Sergio Romero and Luca Lezzerini could both miss out on the squad to face Udinese on Sunday.

Udinese: Nehuén Pérez and Antonio Santurro are the two main injury concerns for the visitors this weekend.

Venezia vs Udinese: Your Questions 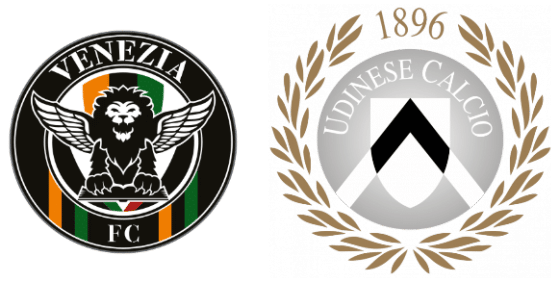